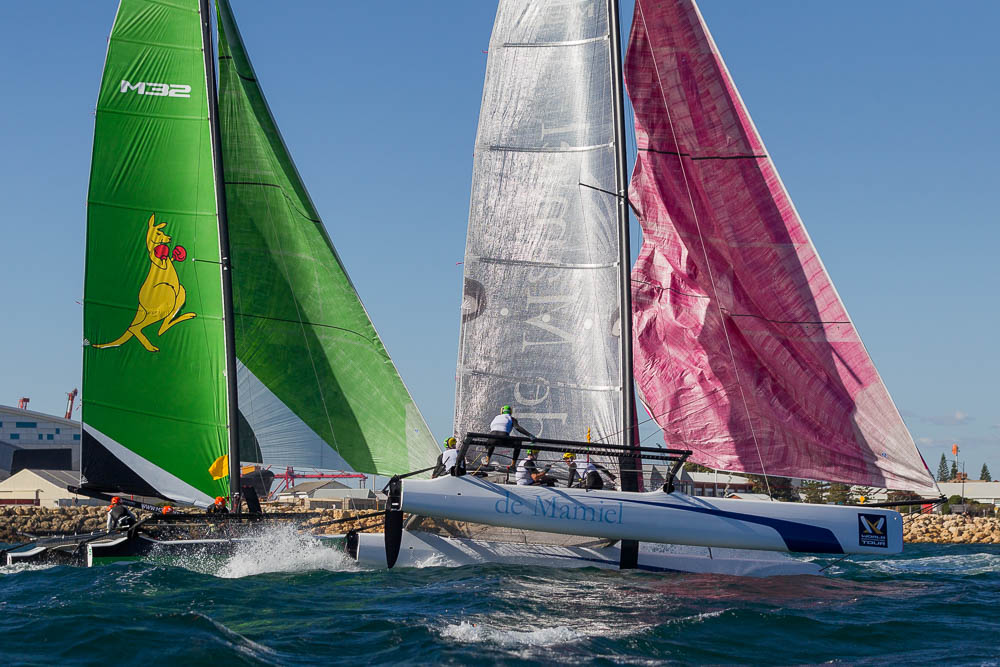 The first WMRT event of 2017 presents a starting grid where several teams easily could claim a spot at the top of any World Championship level event. Olympic gold medallists, podium finishers at the WMRT Finals 2016, World Champions and WMRT event winners is a strong indicator of the level of this event. The WMRT Swan River Match Cup is a World Tour level event and awards the top eight teams WMRT World Championship points to the leaderboard and the finalists receive an invite to the next level event in Northern Europe in June.

Out of the ten starting teams, who represent four different nations, the team that raises most eyebrows is the team behind Peter Burling, NZL. The Olympic gold medallist, World champion and America's Cup sailor is bringing Glenn Ashby, Blair Tuke and Josh Junior with him to the bout. A team that would strike fear into many a team they go up against.

However, this is Burling’s first event in an M32 and if the other teams have anything to say about it, this will not be a walk in the park. Heading the opposition is Matt Jerwood and his Redline Racing who came third in the WMRT Finals in Marstrand in July. On his way to the podium he knocked out Chris Steele, Iker Martinez and Nicolai Sehested. He is used to seeing giants fall. Also in the line-up are fellow Australian Torvar Mirsky and Swedish youngster Måns Holmberg who have already proven themselves this season by winning qualification to the WMRT Match Cup Australia in March through events in Poland and Sweden. Holmberg has spent the pre-season in Palma de Mallorca training against Iker Martinez and Ian Williams using their own M32s. The young Swede, son of match racing legend Magnus Holmberg, will come prepared.

Two more teams with plenty of experience from last year are Steven Thomas and Matthew Chew, sailing with Evan Walker's Sydney based team KA Match. Both teams qualified into the finals in Marstrand but had an early exit. They took first blood last year with results around the top ten mark all season on the World Championship level events and are looking to improve.

Four more teams are being dropped in to this wasps nest, two young Australian teams skippered by Will Boulden and Harry Price, as well as the young New Zealander Logan Beck and Jeremy Koo from Malaysia. Koo has plenty of WMRT experience as he has been flying the Malaysian colours for several years at the Monsoon cup and Logan Beck is the skipper of the Red Bull Youth Americas Cup team for New Zealand and sailed with Chris Steele during the Extreme Sailing Series in Sydney in December.

All in all this is probably the most competitive grid that’s been seen at a WMRT qualifier to date. It is truly a testament to the growing interest from sailors around the World Match Racing Tour. Racing starts Monday 23rd January.