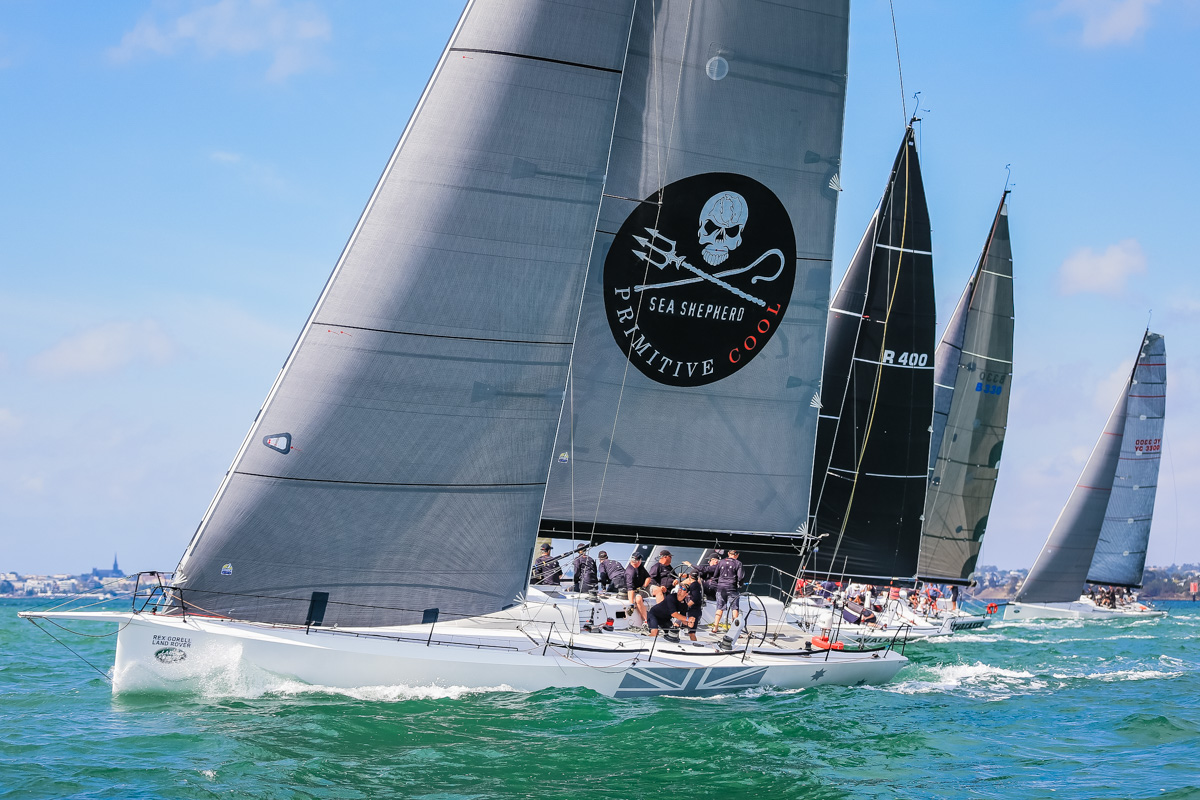 A combined Festival of Sails fleet of 264 keelboats and off-the-beach classes representing all six states plus the Northern Territory are gearing up for the full program of sailing and shoreside fun the Royal Geelong Yacht Club (RGYC) is ready to roll out.

The long range forecast indicates 12 knot southerly winds for Saturday’s Passage Race due to start off Williamstown at the top of Port Phillip at 9.30am on January 21, 2017. When the cannon fires and the fleet of close to 220 monohulls and multihulls carrying 2,000 or so sailors set off from two start lines they will be part of the single largest regular start of a yacht race in the southern hemisphere.

Back at Corio Bay holding the fort until the mass arrival will be the sports boats embarking on the opening day of their four day windward/leeward series.

On Sunday January 22 all divisions will fan out on Corio Bay in a likely light east to sou’east sea breeze and on Monday January 23 a morning westerly should finish up as a prevailing afternoon sea breeze.

Only on Tuesday, the final day of the core racing program, does there appear to be breeze in the double figures. South-westerly winds 10-15 knots are forecast though Tuesday is a long way off in weather terms, and most weather models don’t allow for local anomalies such as cloud cover and how much the land will heat up and drag the breeze around.

Arriving tonight into Melbourne is Saskia Clark, the current Rolex World Sailor of the Year and 2016 Rio Olympic gold 470 medallist, the presenter for VR Sport.tv’s first ever video coverage of the festival. Hugely respected across the globe, Clark will be on board a competing boat for the passage race and then based at RGYC for the entire festival period, until Friday January 27.

Sydney based regatta director Denis Thompson is on the ground at RGYC working alongside the club’s sailing office staff to put the finishing touches on the administration and race management side, before the 200 event volunteers and remaining officials arrive for duty.

Thompson says the most significant growth area is the new Off The Beach series to be conducted Thursday 26 – Friday 27 January that has so far drawn 40 entrants including OK Dinghies contesting their Victorian state title plus Lasers, Moths and Cadets. OTB series entries will be accepted until late Friday January 20 which could push total festival numbers close to 300.

VR Sport TV’s videos can be viewed here from Sunday