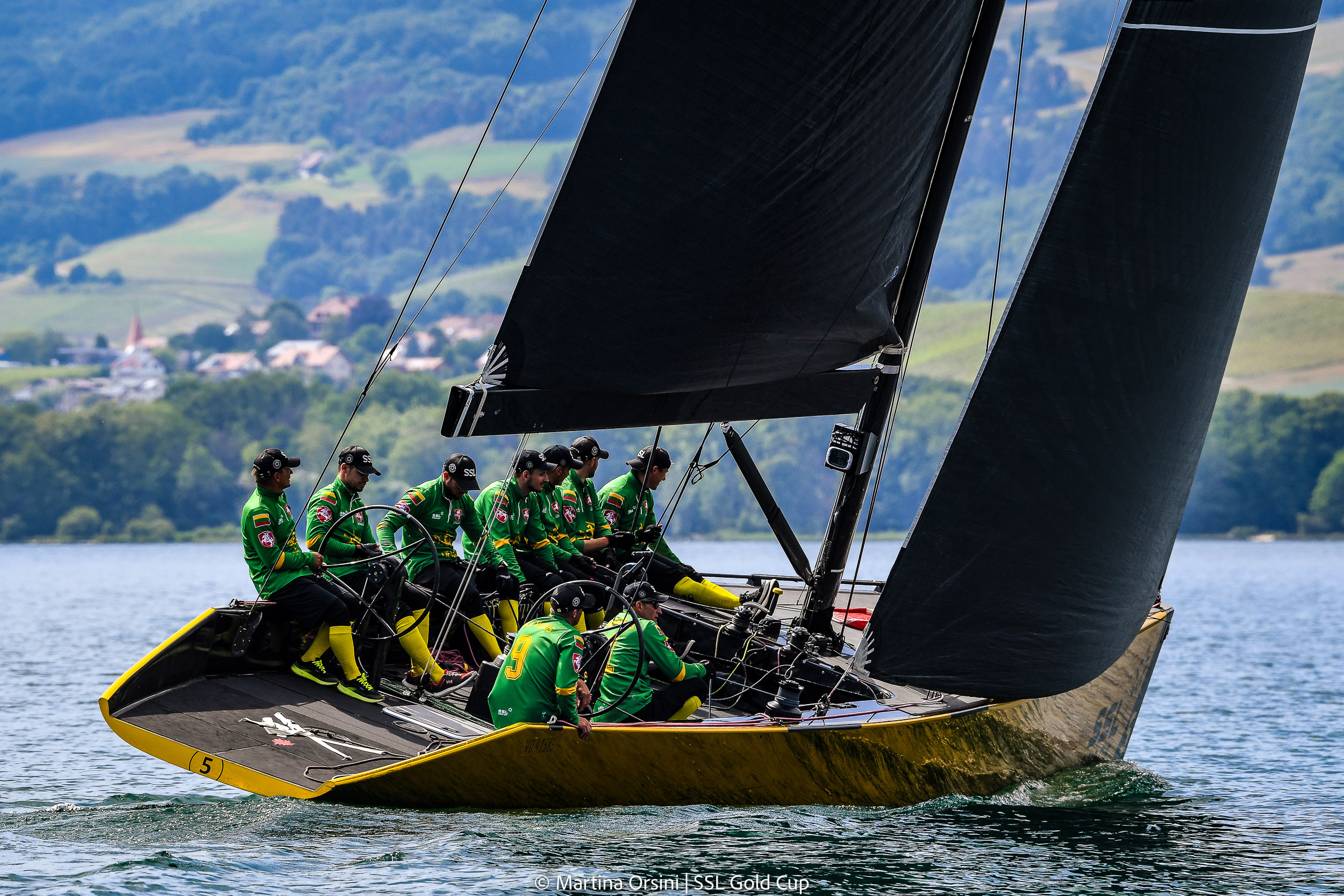 It's all about the gold at the Gold Cup

The second round of the SSL Gold Cup Qualifying Series came to an end today in Grandson, on Lake Neuchatel (Switzerland), with another two teams earning the right to compete at the Final Series in Bahrain in November.

Slovenia and Lithuania finished first and second overall, leaving Ecuador in third and the only team in this round not to go ahead in the SSL Gold Cup 2022.

SSL Team Slovenia continued their impressive form from the first two days of racing, sailing precisely and fast to win Race 5. A pending protest for using a forbidden device (mobile phone) on board by Captain Vasilij Zbogar briefly caused some anxiety for the Slovenian ‘Krpani1860’, but eventually, the protest was dismissed given the cell phone was used for compass only.

With the victory finally confirmed, Slovenia secured their place in Final Series and crowned an outstanding qualifying performance with four wins in six races.

Team Slovenia captain, Vasilij Zbogar said, “The team did a fantastic job by not making any mistakes in the maneuvers, in boat trimming and speed. “We won four of six races, yet it was very dramatic, very tight racing, with excellent conditions and fair racing.

“We enjoyed it so much and coming out with a win it is even better. Now we have a ticket to Bahrain! We are in the Finals and we are looking forward to battling out with the best teams in the World.”

In the fight for the final qualifying spot, SSL Team Lithuania had to work hard during Race 5 to keep SSL Team Ecuador at bay to secure a vital second place. As a result, they knew that going into the final race, only a DNF (Do Not Finish), combined with a victory of SSL Team Ecuador, could have threatened their dream of qualification.

‘La Tri’ of Ecuador did everything they could, taking victory in the final race, but ultimately it was not enough, and Julio Velez’s team would not make it to Bahrain. Instead, Lithuania’s ‘Ambers’ will accompany Slovenia to SSL Gold Cup 2022 Final Series.