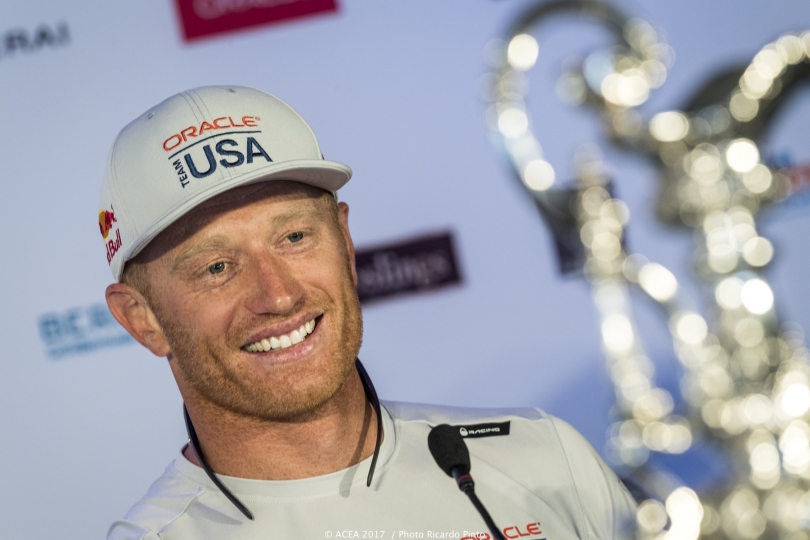 After weeks of speculation about whether Larry Ellison would use the now obsolete America's Cup Class catamarans (that raced in Bermuda) for a new World Series, Oracle skipper Jimmy Spithill has revealed in an interview with sponsor Red Bull that the American team is likely to be on the start line in Auckland as a challenger for the 36th America's Cup.

“We will definitely be chasing this America’s Cup,” he told Red Bull's Ben Gladwell. “Larry [Ellison] wants to wait until the rules and the protocol comes out. But we want to go and get that Cup back. When you’ve been involved with a great group of people, especially a successful team, it is addictive. It does become an obsession. Once you get the taste of it, you want to taste it again.

“Being the defender, you have a target on your back. Every single one of those teams wants to take you down. And now we find ourselves in the position where we are one of the teams now – we are chasing the defender.”

Defender Emirates Team New Zealand has revealed that the Cup will be contested in 75ft monohulls in 2021. A meeting is planned for November when representatives of potential challengers will be given a more detailed briefing on the likely design rules, ahead of a final announcement no later than March 31, 2018. Following the November meeting, it is likely that Artemis Racing and Oracle Team USA will give a clearer indication of whether they will challenge.

In Australia, former Oracle Team USA tactician, Tom Slingsby, is trying to generate interest in a challenge but admits that it is hard work in the current economic climate.

Neither Spithill nor Slingby is impacted by the new nationality rule that requires 20% of the as yet unspecified crew numbers to be passport holders for the country they represent and the rest of the crew must spend 380 days in that country between September 1, 2018, and September 1, 2020.

Both can sail for an American team as Americans. Slingsby has an American passport courtesy of his American-born mother, Mavis, while Spithill is married to an American and has a house in San Diego.