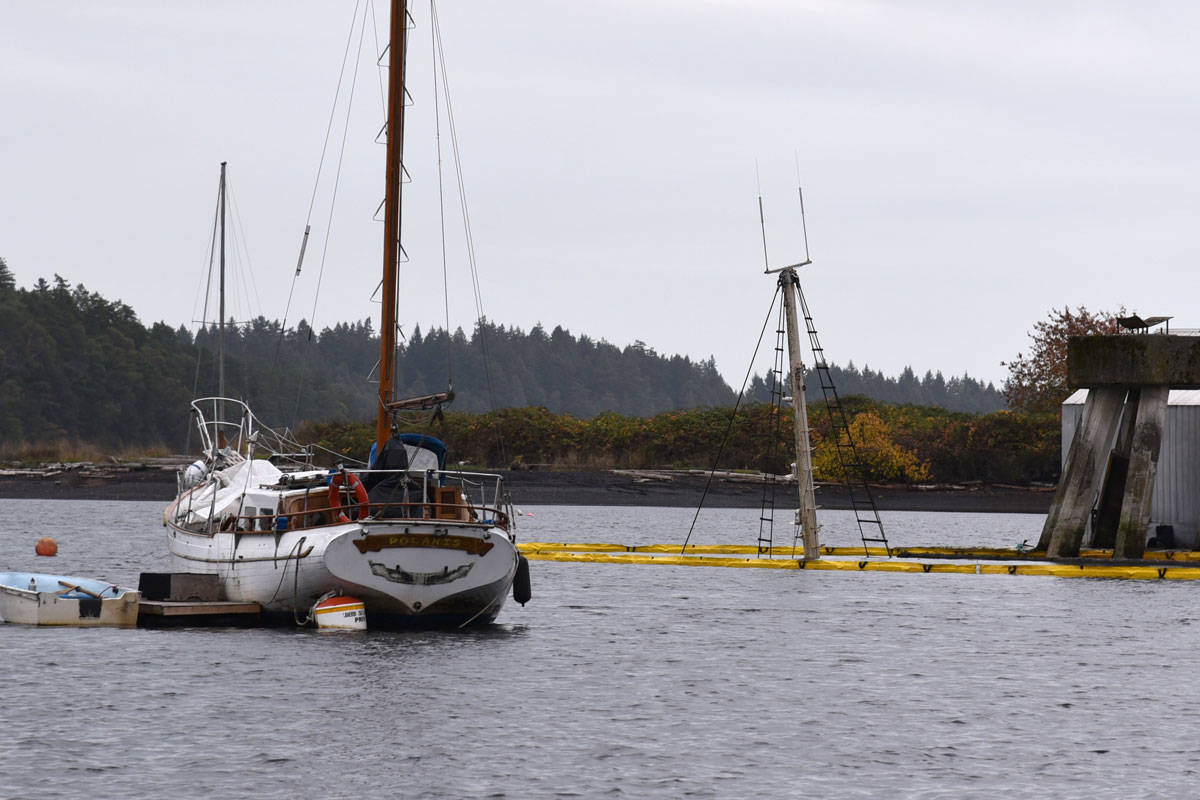 The Anapaya sank in Ladysmith Harbour over the weekend and a resulting fuel spill has been contained. (Mike Gregory Photo)

A 90 foot wooden boat built in 1918 sank over the weekend in Ladysmith Harbour and a suspected fuel spill is now being contained by a boom encircling the site of the incident.

A call was received by the Ladysmith Community Marina on Saturday around noon informing them that the Anapaya had gone down in the Dogpatch – an area of the harbour home to well over a dozen boats occupied by liveaboards.

According to Nanaimo-Ladysmith MP Sheila Malcolmson, Transport Canada listed the boat on its ‘Vessel of Concern’ list back in 2014 but did not take any action until after the sinking and resulting oil spill.

“The government knew this vessel posed a significant threat but took no action until after it was too late,” Sheila Malcolmson, NDP MP for Nanaimo-Ladysmith, said in Question Period in the House of Commons on Tuesday.

“We’re grateful for the Coast Guard’s swift action, but this is just the latest example of the Liberal’s failed boat-by-boat approach on abandoned vessels.”

It’s not clear what led to the Anapaya going down but the owners of the boat also have a second sailboat in Dogpatch which they safely escaped to with a few of their belongings.

The Coast Guard and Saltair Marine both responded over the weekend and quickly deployed an oil containment boom to limit the damage and began cleanup efforts.

Despite these efforts a sheen of fuel was visible in the water near the docks of the Ladysmith Community Marina on Monday afternoon.

Continue reading at the Ladysmith Chronicle