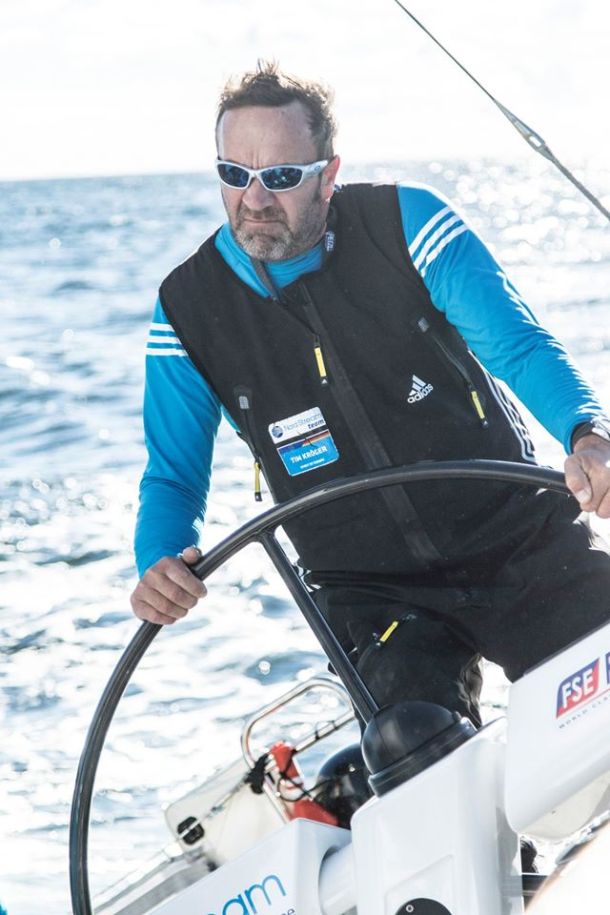 Spirit of Europe has won the 2015 Nord Stream Race after extending an early lead near Flensburg across 800 nautical miles through the Baltic Sea to finish as champions in Saint Petersburg, Russia today.  Bronenosec has finished in second with the Gazprom Youth Sailing Challenge on board Tsaar Peter taking a close third, Petite Flamme and SGM still racing follow in fourth and fifth.

Tim Kröger, skipper on board Spirit of Europe, had a point to prove this year marking his fourth attempt at victory, after taking third in 2014.  Long standing rival Bronenosec came as defending champions for this edition as the hottest competition for Tim Kröger and his crew. Tim however was confident that his long established team would come out on top this time around, “80% of the crew including myself are still the same since our first Nord Stream Race together in 2012.  We all come back together every year for the race as we enjoy it and the configuration of the team.  We have all gone off and sailed different regattas over the last 12 months but it is reassuring to return to familiar territory with the team each year.”

A long standing crew mixed with Tim’s legendary German yachting pedigree including numerous Whitbread Round the World, Volvo Ocean Races and the America’s Cup, 1983 Admiral’s Cup Champion and being awarded the Silver Laurel Germany’s top sporting award, as well as becoming a World Champion in 1995, has produced dynamite results.  Tim backed this up with America’s Cup champion, Christian Scherrer from Switzerland and Volvo Ocean Race sailor, Magnus Woxén of Sweden to give him the edge afloat.

Stefan Kuntsmann, Principal Race Officer, talked through the tactical decision from Spirit of Europe which secured their victory, “Spirit of Europe went south soon after the start, sailing another five miles further as opposed to other boats which meant they came out 180 metres in front.  Sailing much further than the other Swan 60s was where they made a tactical advantage and they gained from it.”

The Swan 60s are now moored in Port Hercules at Saint Petersburg Yacht Club.  The harbour is in close proximity of Russia’s maritime capital, Saint Petersburg on the northern rim of the Gulf of Finland.  The prize giving ceremony will be hosted at the glamorous naval museum in Saint Petersburg on Saturday, 26. September, marking the end of the 2015 Nord Stream Race and crowning the overall 2015 Gazprom Swan 60 circuit champions.