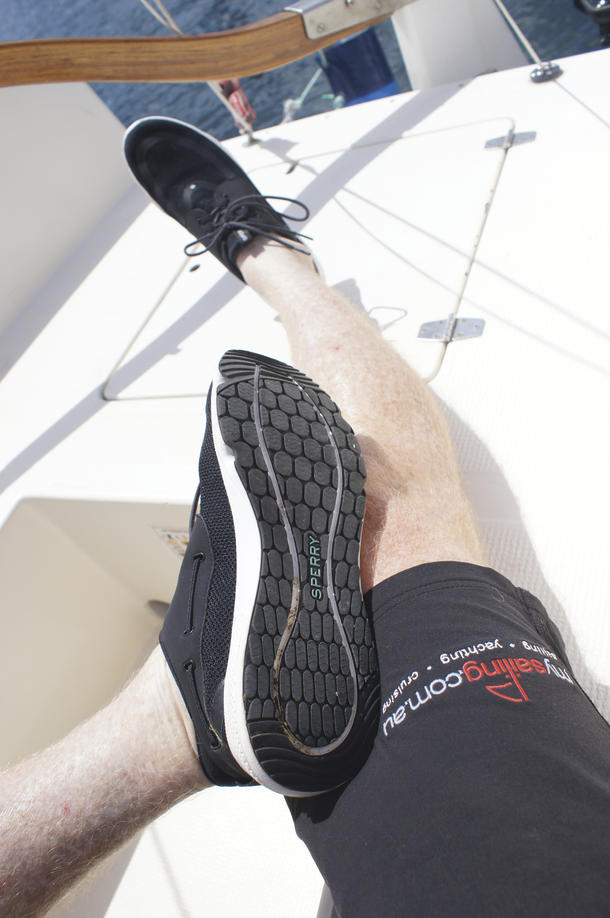 Editor Phil Ross takes his Sperry's for a test run.

The quest for the perfect boat shoe continues, but Sperry may well have taken a step closer.

Launched this month, the technology of the Sperry '7 Seas' shoe was developed in partnership with the America’s Cup authority. As we all know, no expense is spared in regards to achieving in this pinnacle of yacht racing. The athletes needed a superior grip and fit as they run around the foiling catamarans and it was these conditions they experience while competing that acted as the inspiration behind the Sperry 7 Seas shoe.

Three areas were pinpointed as requiring the best in performance: sole grip, fit and dryness.

Sole grip is the most important of any boat shoe. In 1935, Sperry produced the first boat shoe to meet the needs of avid sailors looking for a shoe that would prevent them from slipping on the wet, slippery boat decks. For the 7 Seas, they went back to the drawing board and started again. As usual, when an original concept comes to fruition it is usually found to involve a “why did we not think of that before” moment.

All previous sailing shoes involve cutting patterns directly into the sole to push water out into recessed channels. Sperry designed raised 'traction pods' with the razor-cut wave pattern to provide grip. The channelling between the pods ensures the water never comes between the grip and the deck. The upside is the so-called 'beastly traction' makes the shoes suitable for onshore activities as well.

I wore my trial pair sailing and found the grip amongst the best I have used. Especially pleasing was washing down an Adams 10. Without lifelines I still had no qualms about walking on a soap sud-strewn deck, I was impressed.

In regard to fit, Sperry sailing shoes have always been known as having one of the most comfortable shoes. Soft rubber cushioning, the wrap-around elasticised lacing system and the use of soft materials ensures they are still as comfortable as the classic favourite Topsiders.

The upper material used in 7 Seas is a water resistant mesh. Called HydroX technology it allows the water to run straight out and, being hydrophobic, it dries quickly. Under the cushioned sole are vents that allow any remaining water under the foot to drain. These 'OmniVents' also allow air in to aerate the foot.

Overall I would consider these the lightest shoes I have worn.

Sperry shoes are now brought into Australia by RCG Corporation, currently the largest footwear retailer in Australia. They also market Timberland shoes. They supplied me with the testing pair of Sperry 7 Seas.

The Sperry 7 Seas shoe comes in seven unisex styles in 25 color variations. It is available in major department stores or online.