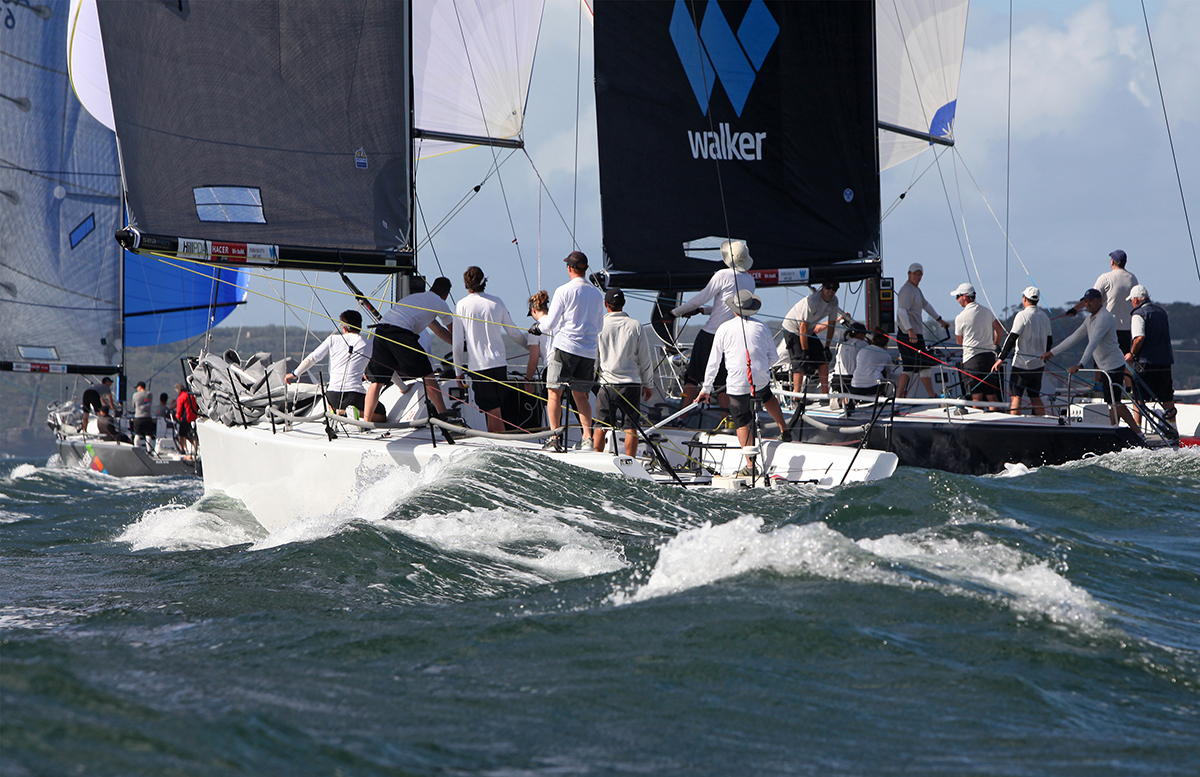 Four races into the Farr 40s’ John Calvert-Jones National Championship on Sydney Harbour and an almighty tug-of-war is on between last season’s all-conquering team and the current season frontrunner.

“We have a lot of experience on the boat but we’ve only raced together at the states and we weren’t sure how it would come together,” Belgiorno-Nettis said. “Overall I think we made less mistakes and the boat seemed to be fast, thanks largely to my steadfast trimmers Bob Wilmot and Sam Williams who I’ve sailed with for 10 years now.”

A blend of schmick crew work and Julian Plante calling clever tactics for Belgiorno-Nettis has them at the pointy end, but Hill’s equally credentialed Estate Master crew and tactician David Chapman are well in touch and have the better part of the 12 race series to overturn the current order.

Third is Lang Walker’s Kokomo with North Sails Queensland’s Mark Bradford the tactician. Walker skippered his boat at last month’s NSW State Title and missed the rest of the season though his boat still raced on occasion. “Today we chipped off a little bit of rust and it all started to work well,” he said. “We got around the four races but it was pretty tricky, 30 degree wind shifts and very strong current inside the harbour.”

Speaking on his return to the fleet and jetlag having flown into Sydney last night from a business trip Walker added, “It’s good to be back. Sailing today probably wasn’t the right thing to do but at least I’ll sleep well tonight.”

PRO Rob Ridley initially set up south of Sow & Pigs reef then when the breeze swung from south-west to the south he shifted the track to Chowder Bay on the harbour’s western shoreline for races two, three and four.

During Friday’s race one the fleet felt the effects of a residual swell from a low pressure system that brought high winds and powerful surf conditions to Sydney this week, and has been slowly moving south-east. “It was amazing to see the swell in the harbour when we started. I’ve never sailed on that course in that size swell,” Belgiorno-Nettis added.

The eight-boat fleet is slated to race offshore on Saturday. A final decision that will be made in the morning when the Royal Sydney Yacht Squadron’s race committee looks at whether the swell has settled down. “Technically tomorrow is the offshore day. We owe it to these guys to make up our minds in the morning and give them every opportunity,” Ridley said.

The forecast for Saturday March 11 is partly cloudy with south-westerly winds below 10 knots before dawn then becoming variable SE-E 8-10 knots before a weak high pressure ridge turns the breeze around to the north on Sunday.