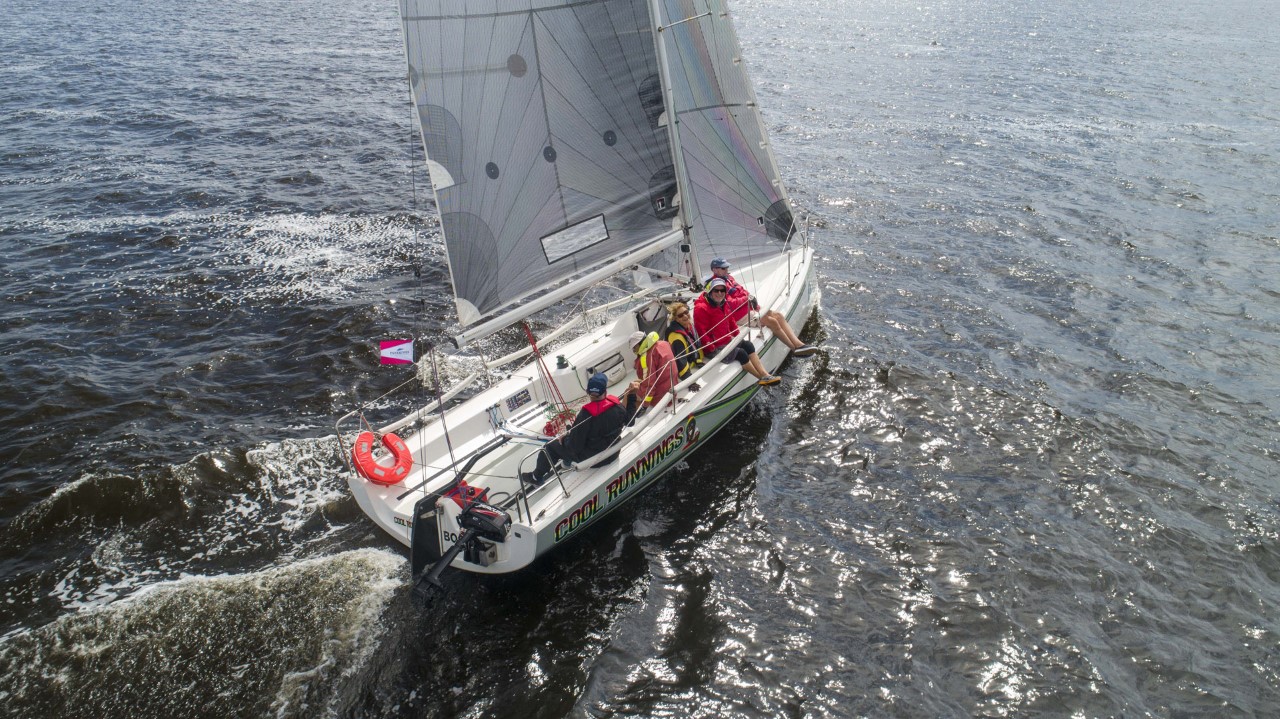 As so often happens in yacht racing, the story is denied a fitting finish due to a lack of wind when it’s needed most. And it was certainly the case at Sail Port Stephens today, with a predicted 10-knot sou’easter failing to materialise.

Inshore and offshore, they sat, with no fairy tales coming true for those primed to make a late charge at the various titles. AP flags barely mustered the energy to flutter, and those who led overall after yesterday’s racing began drafting their acceptance speeches.

Others upped stumps early and got a head start on the delivery trip home. What didn’t fade, however, was the buzz that existed all week as Port Stephens laid on a perfect smorgasbord of conditions for five simply glorious days of racing.

In the final wash-up, the results were a repeat of yesterday’s media release.

Zen was the outstanding TP52, scoring three firsts from four races to eclipse Celestial by three points and Gweilo by five. ORC went to Matador from Zen and Celestial, while Quest triumphed in the class-based Gold Cup handicap system, edging out Smuggler and Matador.

IRC Division 3 had something of an unexpected winner in Stormaway, a Sydney 36, which edged out the highly fancied SoFarr and Get It On. Only two passage races were completed, as offshore conditions precluded the smaller yachts venturing offshore, but yesterday’s three-leg inshore course was effectively a giant windward-leeward.

Performance Cruising results for Division 1 went to Virago, six points clear of Austmark and KD4. A pair of seconds was enough for Lunacy to comfortably win Division 2 from Amante and Llama II. The Bavaria 41 Elusive held off Animal Farm and Young at Heart in Division 3, while the S&S 42 Vittoria claimed Division 4 from Inception and Lady A.

Finally, the newly introduced Australian Club Championship trophy for the best-performing yacht club of the week, based on individual results from the different divisions, went to Newcastle Cruising Yacht Club.

Hugh and Anna Tait on Serendipity AUS2925 held on to first place, with Chris Dance and Peter Hackett second on Magic AUS2980, and third going to Rick Longbottom and Daryl Bentley, on Timely Element AUS790.

In other classes being sailed at the Bay Sailing Centre’s Off-the-Beach series the Finns completed four races on Saturday, and that was all she wrote. Rockal Evans proved unbeatable, with Marcus Whitley and Phil Chadwick completing the podium.
A large fleet of Windsurfers and raceboards also completed a number of short-course races.

That wraps up the 2022 Sail Port Stephens regatta, which was generously supported by the NSW Government through Destination NSW, and sponsors including Pantaenius Yacht Insurance, Bannisters Port Stephens, Sea Breeze Hotel, d’Albora Marinas and more.