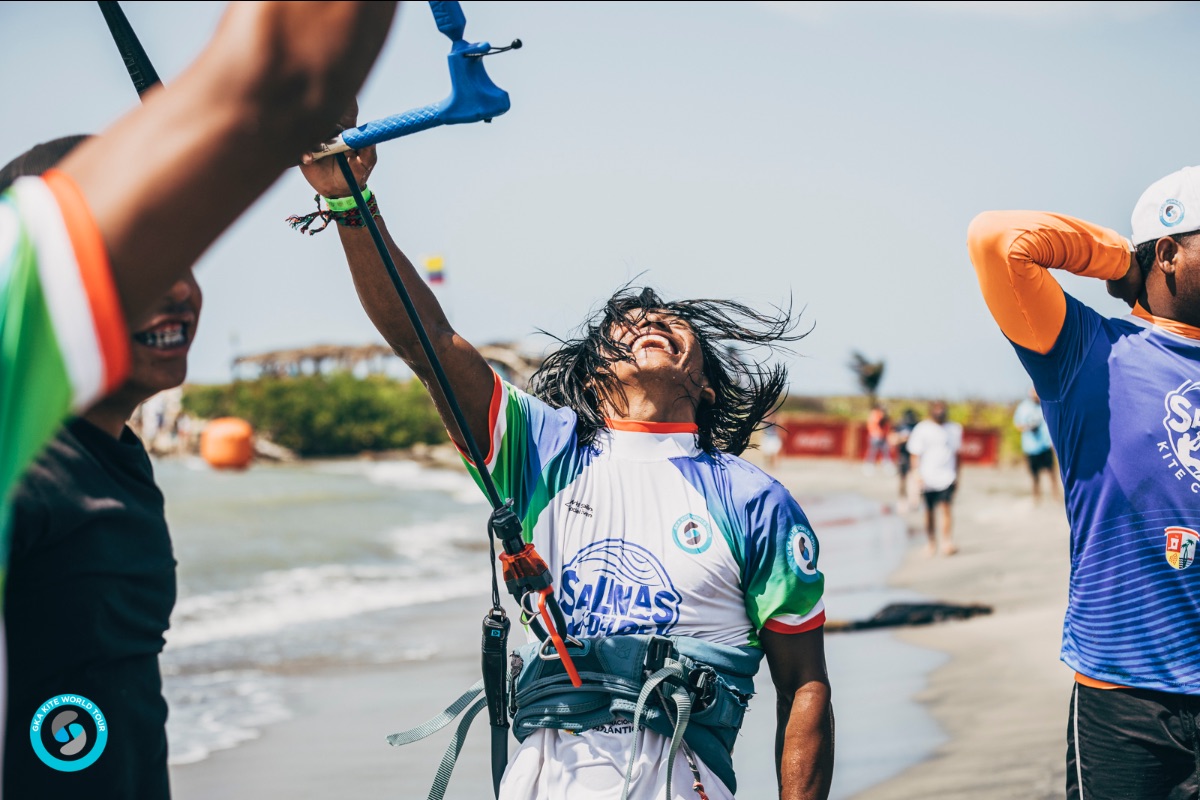 They say a picture is worth 1000 words and we have chosen our favourite moments from the first GKA stop of 2022 in Colombia, the premiere South American stop of the season, illustrating the struggle, bravery and glory in the truth of this statement.

Twelve-year-old Finn Flugel was one to watch during competition. His sheer tenacity and stoke after advancing to the Men’s quarter finals were palpable.

Flugel’s riding was technical, with a solid showing of both raley-based and roll-based tricks. Whenever he hit the water, you could see the GKA crew was cheering for him. The youngster ended up in a heat against Italian rider, Giannamaria Coccoluto, the eventual event winner, and was thrilled to be riding with the heavy hitters.

Coccoluto was a stand-out during the entirety of the event. He goes big, rides with amplitude and demonstrates a whole heck of a lot of style, on and off the water. Amongst the most consistently high-scoring riders, he had landed the highest-scoring single trick of a heat with a 9.2 for a massive Slim Chance 7. Sadly, he couldn’t keep it together during the finals and ended up fourth overall.

The Women’s final was a tight heat with Bruna Kajiya leading right up until the very end, though ultimately, she lost narrowly to Mikaili Sol. True to herself, Kajiya demonstrated consistency, power, and style throughout the competition.

One of the standout moments for her was the huge Slim Chance in her final heat, earning a 7.83 from the judges. After the event, Kajiya said “I’m just stoked to have landed all my tricks. I was super-powered on my 6m and that kite moves very fast. I handled the conditions and I’m thrilled to finish in second place.”

If there’s one word to describe Mikaili Sol’s riding, it’s powerful. She goes big, rides with confidence and is pushing the level of the women higher and higher at every event.

During the semi-final heats she was consistently well-above the other competitors. However, in the finals she kept spectators thrilled by chasing Bruna throughout the heat, eventually overtaking the three-time world champion to come out on top to start the defence of her 2021 title with a win.

We can’t wait to see what Sol lands in 2022, having been the first woman to land a double handle-pass in competition at the end of last year.