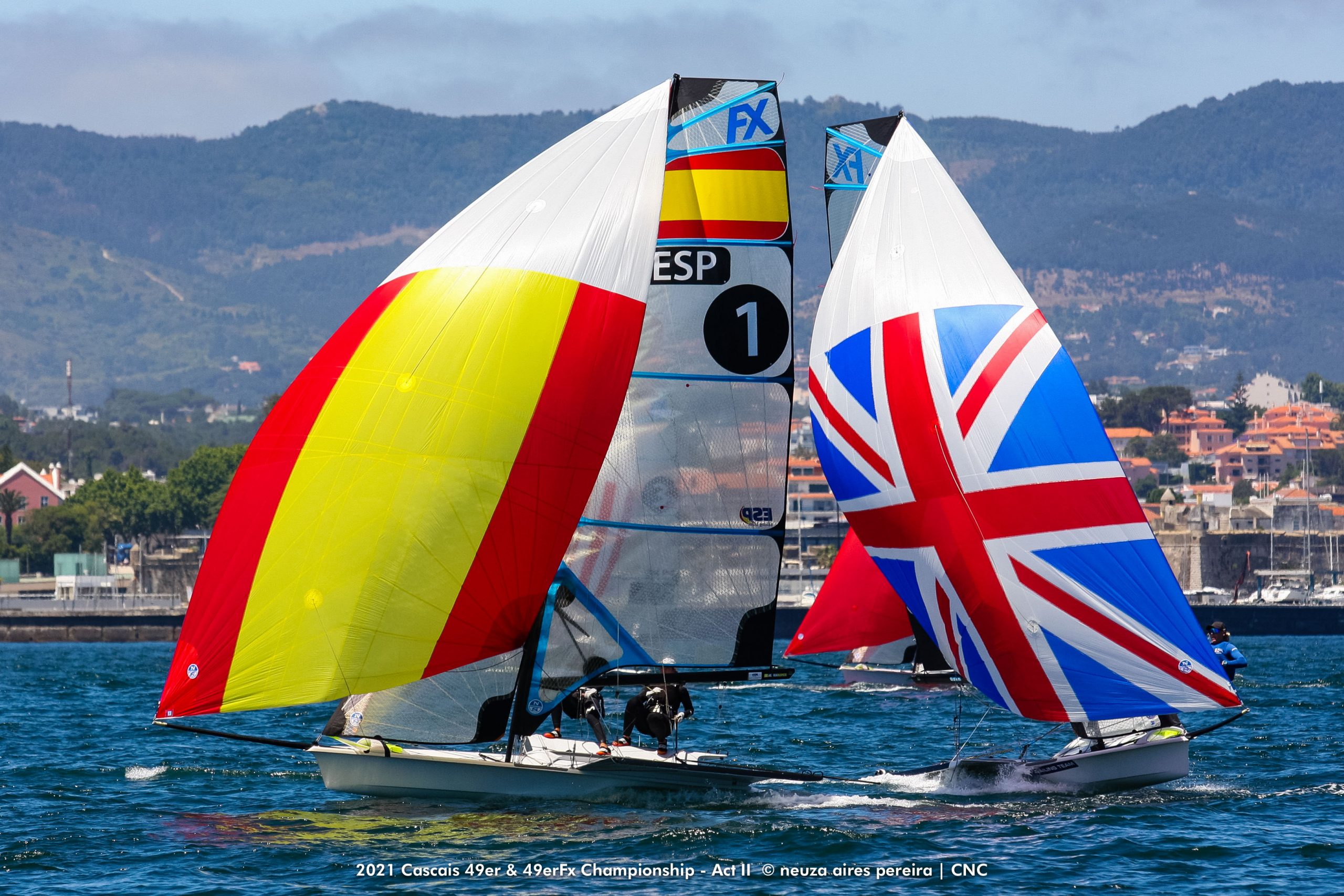 On the second day of the event, Cascais did not disappoint, with the opening race held in the Guia race area in 15 knot north-westerly winds that increased, forcing the Race Committee to move the race course to Cascais bay for the second and third races, which provided more moderate conditions for the Olympic sailors.

During the second race of the day, the Race Committee had to abandon as the wind had faded to below the wind limit, but the fleet soon started up again.

A UK and Spanish duel took place between Charlotte Dobson/Saskia Tidey on the British side (1-8-5) and Tamara Echegoyen/Paula Barceló on the Spanish side (2-15-2), resulting in their first and second places respectively in the overall standings. The Argentine team of Victoria Travascio/Sol Branz dropped to third position having scored 7-6-12.

Dobson and Tidey won the first race of the day, while the second race was won by Martine Grael/Kahena Kunze (BRA), who climbed to fourth overall after a much better day than the opener, closing with 5-1-9.

It was an American victory in the last race of the day, won by Steph Roble/Maggie Shae, who nevertheless dropped to 10th overall after being Black Flagged in the first race of the day and finishing 18th in the second race.

Day 3 of the Championship is a rest day, as all scheduled races have been successfully completed. The fleet of 21 teams of the 49erFX Olympic class will return to competition in Cascais Bay on Thursday.

The Championship takes place in Cascais from the 7-12 June. Twelve races are scheduled, plus a Medal Race for the top ten to finish off, where double points are on offer.