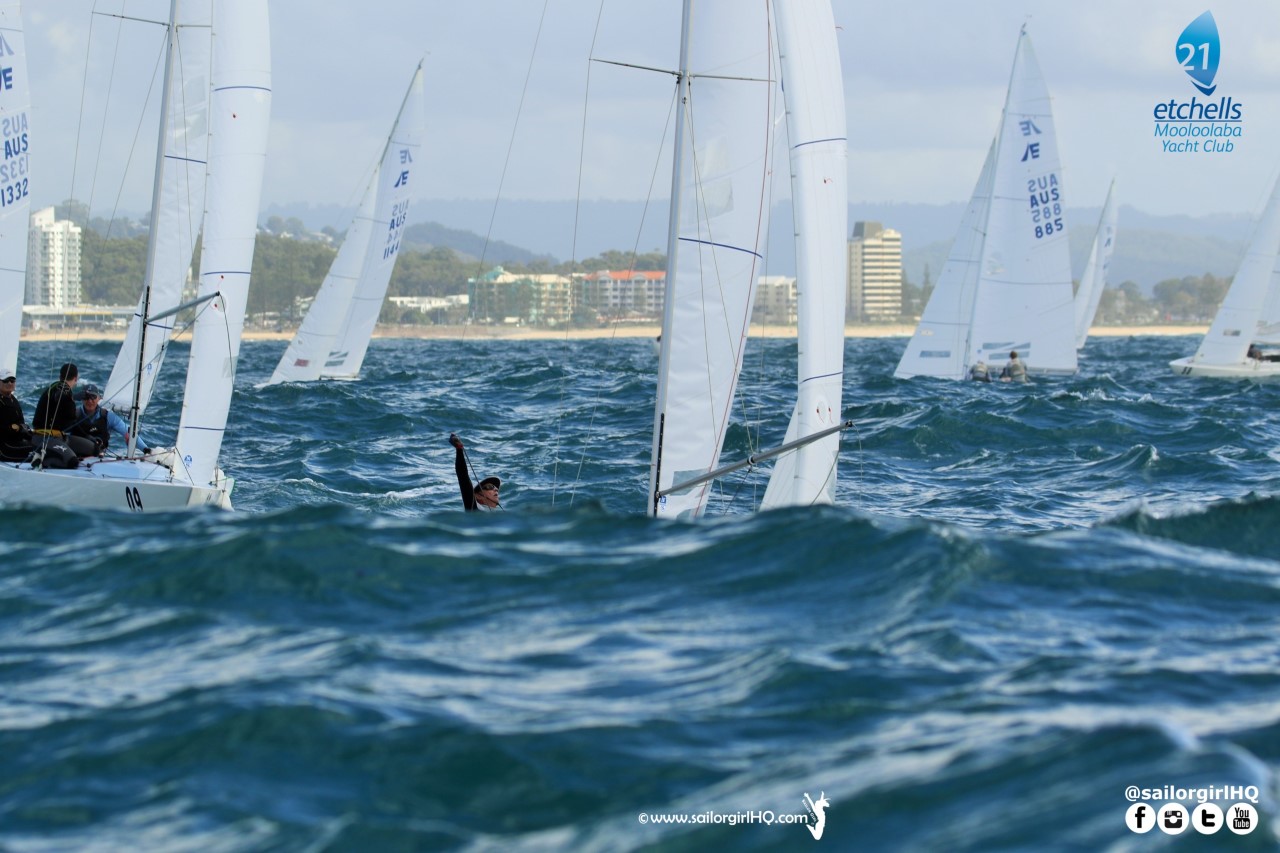 The Australian Etchells Championship will open tomorrow at 1800 hours with the competitors briefing at the Mooloolaba Yacht Club, located at The Wharf, Mooloolaba.

There will be close to 40 teams competing with a number of notable sailors, including the winners of the Etchells World Championship that was held in Brisbane in 2018.

The skipper of HillPDA Sailing Team, world champion Martin Hill, will be joined by Olympic gold and silver medallist, Mat Belcher (2012, 2016 respectively), with his silver medallist crew from 2016, Will Ryan.

This incredible duo will be on board as part of a training unit for the Tokyo Olympics where they will compete together for Belcher’s third, and Ryan’s second, Olympics In the Men’s 470 dinghy.

Interestingly, Belcher and Ryan were competitors in the Etchells class in 2018; Belcher on board with Hill, who took the top spot over his crew, and now also Etchells team mate Ryan who finished second.

“How lucky am I,” said HillPDA team leader Martin Hill of the crew he will have with him this weekend.

Hill, from Sydney, will also have additional members of his world championship winning crew, Julian Plante and they will sail Hill’s winning boat from 2018, AUS 1449 Lisa Rose.

There are multiple prior winners of the Australian Etchells Championship among the fleet and it’s going to be on after a serious break between major events for the class following 2020 postponements.

The last time we saw Etchells racing from Mooloolaba was the Australasian Championship, held from the Mooloolaba Yacht Club at The Wharf in 2019, pre-COVID.