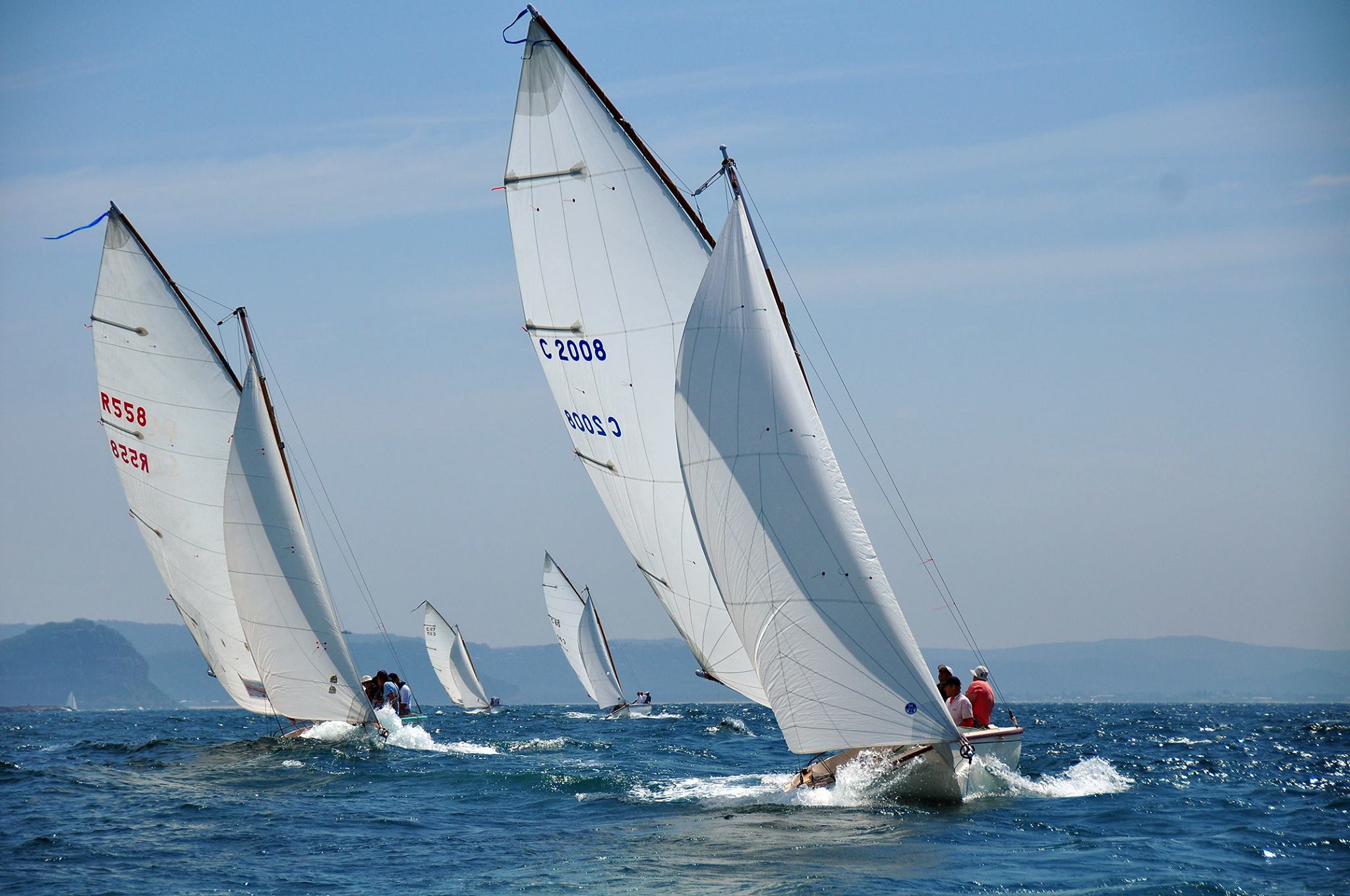 Couta delivery from Pittwater to the harbour_credit Bob Fowler.

NSW Couta Boats are among the placegetters in individual races, but it’s the Sorrento crews at the top of the tree in the Sydney Harbour Couta Boat Series combined results from the Thistle Cup, Muriel Trophy and Sunday’s spectacular 95-strong Gaffer’s Day fleet.

Four races into Couta Week 2017 and the Victorians are oiled up and flexing as the class prepares for the first Australian title to be held outside their state this weekend, October 14-15. Seems they have no intention of letting the NSW drought of national champions be broken, even though the Sorrento crews find themselves in less familiar waters.

This is Mitchell’s fifth trip to Sydney in six years and speaking on the impending CBA Nationals he reckons “we’ll be up there, though you never really know with Pittwater. We’ve come up from Melbourne to take every line honours in every race and if the handicap results go our way that’s a bonus. Rhapsody is probably rated tenth in the fleet in terms of speed but we sail it well, to beat the lighter, faster and more expensive boats.”

Second in the Gaffer’s Day race and the best-placed NSW boat in the series in fourth, Maurice Drent’s Emily, is one of the Coutas built from the original fishing boat design. Helm and tactician Bob Fowler said “Sunday’s building NNE breeze and washing machine” conditions suited the heavier boat, the extra weight providing stability in the choppy waters. “There’s a huge difference in how weight is distributed between the heritage Coutas and those built purely for racing.”

Prime Minister Malcolm Turnbull was aboard the Couta Boat Rob Roy he co-owns, and back at the host Sydney Amateur Sailing Club he agreed to present the Gaffer’s Day trophies.

According to SASC Rear Commodore and chairman of the organising committee, Peter Scott, the Kelpie Trophy is awarded for “gracing and racing”, and following the Gaffer’s Day race luminaries of the classic boat world, including Bill Gale, Sir James Hardy and Merrin Maple-Brown, selected Matt Brooks’ stunning S&S 52 Dorade.

A new Gaffer’s Day trophy called the Classic Cup was awarded to Rana’s young skipper Peter Langman, the shipwright given the task of completing the restoration of the 1913-built AC Barber design during his final apprenticeship year. It was also his 21st birthday present, gifted by another classic boat tragic, dad Sean Langman.

The Couta fleet is making its way north to Pittwater for the second half of the itinerary with a series of informal races and soirees put together by the NSW chapter before the pinnacle, the CBA Nationals and Wattle Cup October this weekend out of the Avalon Sailing Club.