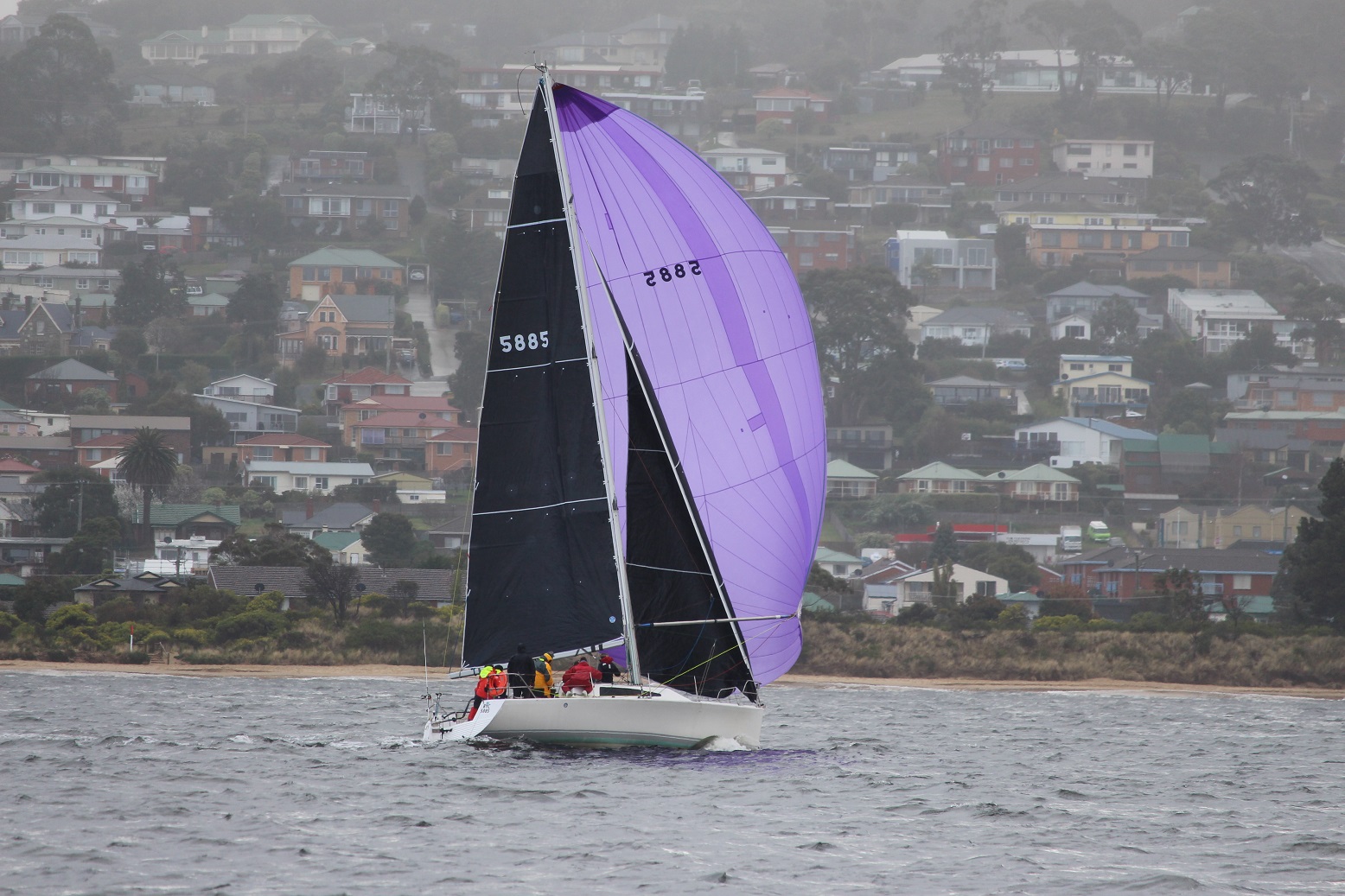 Winter showed that she was not finished today for the hardy sailors that ventured out into the River Derwent for the final race of the 2017 BYC Hobart Jaguar Land Rover Winter Series.

“Snow to low levels and a cold west to south westerly wind, blowing at times to 25 knots, made for difficult and uncomfortable racing,” reported sailing manager Peter Watson. “However, it was all smiles aboard Wild West, Twitch and Vitaminsea, each securing their overall series wins.”

Watson added that despite the southerly cold cells blasting through the fleet at up to 25 knots there were times of light 10 knot breezes.

“This placed a premium on the crew’s ability to ‘change gears’ and keep their yachts powered up and in optimum sail trim,” Watson commented.

However, with three wins already on the board, this was sufficient for Wild West to win the winter pennant with a net 7 points.

The two other River Derwent clubs yet to finish their winter series are Derwent Sailing Squadron next Sunday and the Royal Yacht Club of Tasmania the following Sunday. Each club series comprises five races.