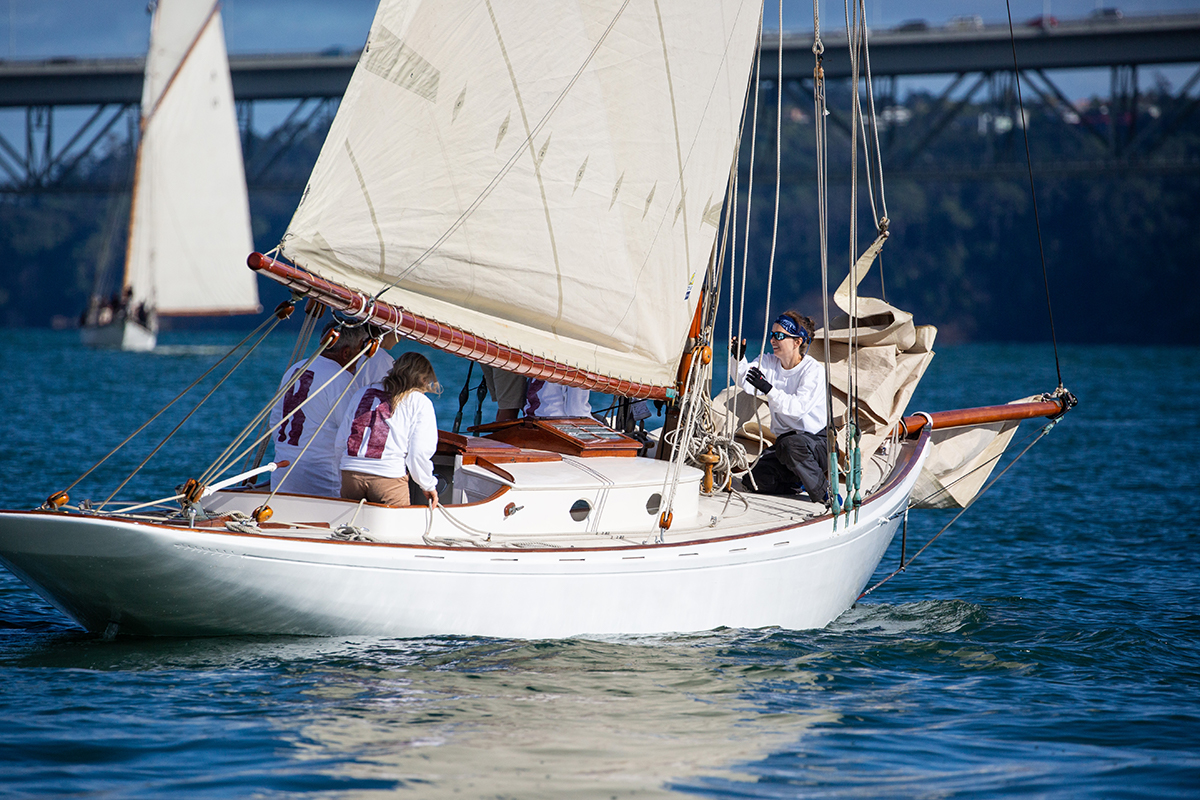 The Auckland Anniversary Regatta has seen many changes over the course of its 180 year history. But one sight that’s still rare to behold as the ‘A Classic’ fleet of vintage yachts takes to the harbour is a majority of women on board.

That’s about to change at this year’s Ports of Auckland Anniversary Day Regatta on Monday 27 January, as Rawene sets sail with a full crew of five women, under the tutelage of skipper and sailing coach Bob Still.

Still was asked by Rawene’s owner, the Tino Rawa Trust’s Tony Stevenson, to take on the role of skipper. He says he “always thought it was quite odd” that while yachts are affectionately referred to as ‘she’, sailing them has traditionally been the domain of men.

“I thought that was quite ironic,'' says Still about his female crew, “because back then they didn't even allow women on these boats”.

Launched in 1908, Rawene has had just three owners in over a century. She was originally owned by the Gifford family of Auckland, and latterly by Robert Brooke, before being purchased more recently by the Tino Rawa Trust.

Brooke completed an authentic restoration, retaining Rawene’s original features and resisting modifications that would make her easier to sail. As a result, racing Rawene is a task many would imagine would require the brute strength of a crew of burly blokes. But Still says his female crew cope just fine with the task.

“It’s a 1908 boat and it’s pretty original, no winches or anything like that,'' says Still, “and the girls do really well. We’re very competitive in the racing.”

Still says his all-female crew came about as a result of his sail coaching work at the Royal New Zealand Yacht Squadron.

“I ended up for some reason coaching a lot of women. Apparently I’m quite good at that! I found that I quite liked racing with women because they tend to be a lot more focused, they’re really keen and you don’t have to deal with the egos.”

Aside from the coincidence of Rawene being the town Still was born in, he says he relishes the challenge of sailing a traditional boat with a non-traditional crew.

“I’ve been racing boats for a very long time and I like it because it’s different,” says Still. “It’s a different kind of challenge. The boat is quite different and the crew dynamic is different. And the name being where I was born, that always struck me from the beginning as kind of an unusual thing.”

Rawene’s crew will be confirmed closer to Anniversary Weekend, as the team varies depending on who is available to race.

“On Anniversary Weekend we’ve got four races on'' says Still. “Race to Mahurangi on Friday, Mahurangi Regatta on Saturday, race home Sunday, then Anniversary Regatta on Monday. Not everybody can always be there all the time, so I have a list of about 10 or 11, and I need five people to show up to make up the team.”

Rawene, which carries the sail number A5, was the last of the large keelers built by the Logan Brothers and is notable for her elegant lines.

“It’s a really nice looking boat'' says Still. “It’s always been regarded as one of the prettiest classics. Des Townson who was probably the most aesthetically minded of all the New Zealand boat designers said it was the prettiest boat he’d ever seen, and he called it “The Smiling Seductress”, because it has these eye-shaped little windows in the cabin top. He said whenever he looked at it, it always looked like a pretty girl smiling at him.”

Rawene will sail in the A Classic division at the Ports of Auckland Anniversary Regatta on Monday 27 January 2020, starting at 12:25pm off Westhaven. Spectators are advised to arrive half an hour early to see the exciting pre-start manoeuvres. The Royal New Zealand Yacht Squadron Members Bar will be open to the public on Anniversary Day and provides an excellent vantage point to watch the racing.

More information can be found at www.regatta.org.nz.