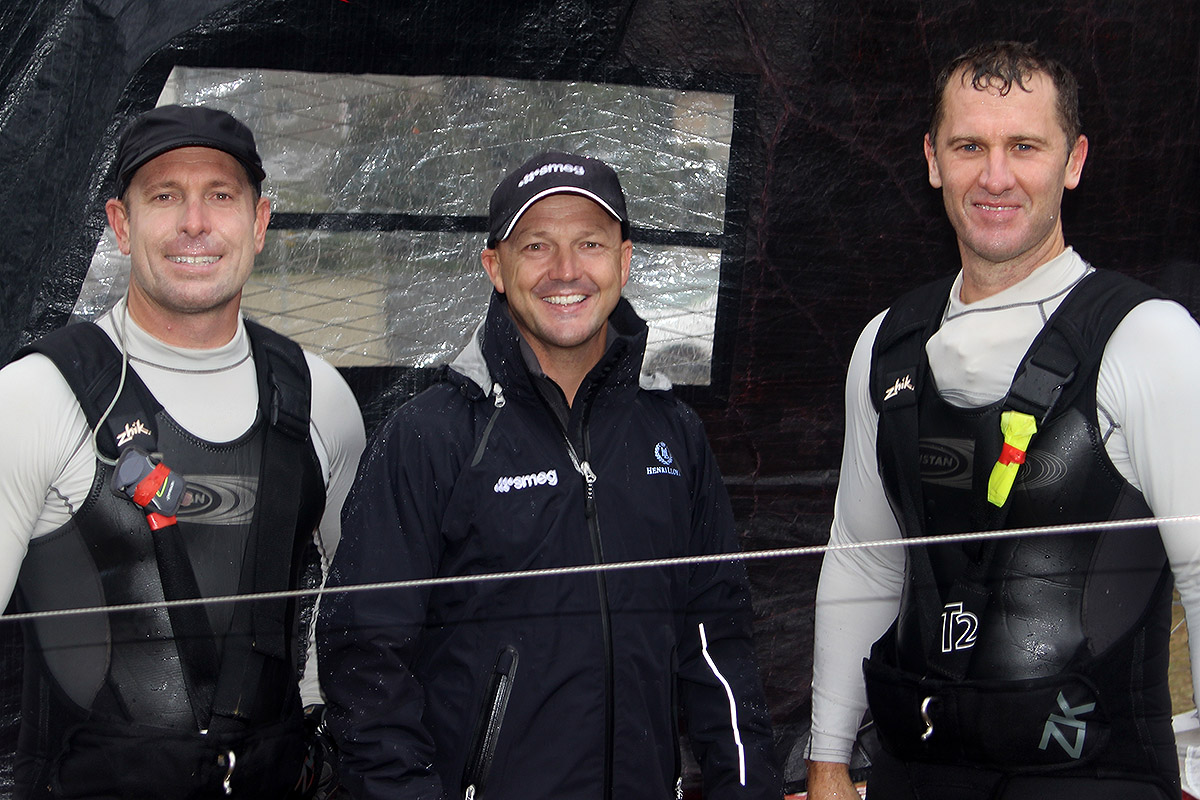 26/02/2018
Lee Knapton, Mike McKensey and Ricky Bridge were superb in the strong Southerly winds on Sydney Harbour today when they steered Smeg to become the Australian 18ft Skiff champion team for 2017-2018 Season.
The champion team scored six wins in the 10-race championship to finish with an overall score of 16 points, and now head into next week's JJ Giltinan (world) Championship as one of the top two chances.
Yandoo (John Winning, Mike Kennedy, Cam McDonald) proved consistent in all conditions and finished second overall with a total of 35, followed in third place by Finport Trade Finance (Keagan York, Matt Stenta, Angus Williams) in third place on 44 points.
Today's racing was a final hit out for the major championship, starting on Sydney Harbour next Saturday, and crews revelled in the strong 25-knot Southerly which battered the harbour.
Misty conditions made viewing difficult for spectators but the action as the fleet raced downwind in the strong breeze made up for the visibility.
Smeg, The Kitchen Maker (Scott Babbage) and Asko Appliances (James Dorron) led the fleet to the top mark in Race 9 before The Kitchen Maker capsized at the mark, lkeaving the other two teams to lead the downwind charge.
With little between Smeg and Asko as they approached the bottom mark, Asko was the next to go in a spectacular capsize, leaving Smeg with a sizeable lead, which the champion team held to the finish.
Yandoo finished in second place, 2m7s behind Smeg, with Triple m (James Ward) a further 42s back in third place.
The young Vintec crew (Kirk Mitchell, Daniel Barnett, Tim Westwood) showed they were getting to know their new skiff and led from the start in a brilliant display to win Race 10 by just 5s from Smeg.
NSW champion, The Kitchen Maker finished a further 21s back in third place.
Next week's JJ Giltinan Championship has a fleet of 25 set to face the starter, with entries from New Zealand, USA, UK, Germany and Hungary ready to take on the locals.
– Frank Quealey