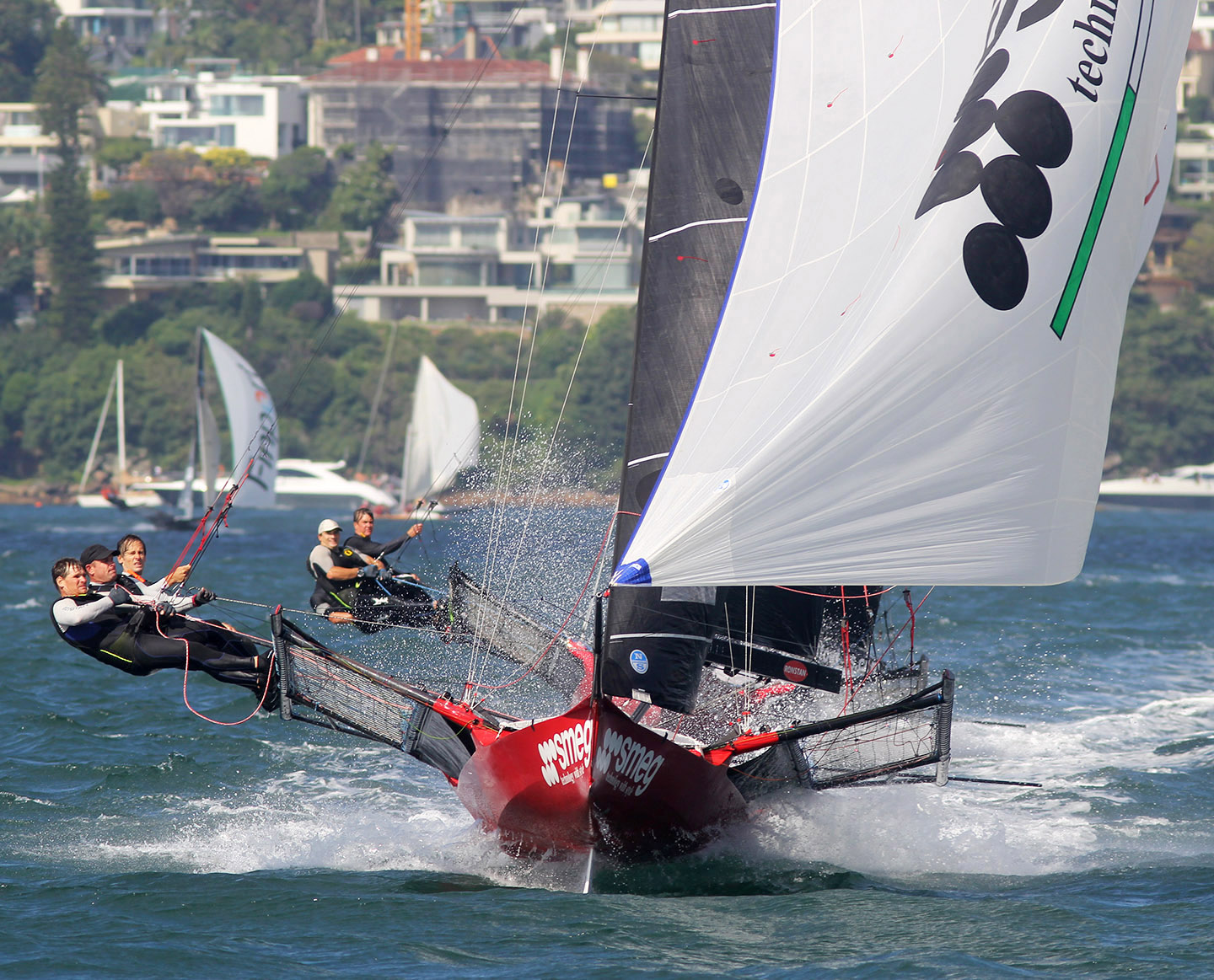 Since the mid-1960s, the Australian 18 Footers League has existed on the generosity of numerous sponsors – and they have been rewarded.

Whether it’s a high-performance sport or a small local sporting club, to be successful, the organisation needs the support of commercial sponsorship, or at least one major benefactor.

Since the mid-1960s, the Australian 18 Footers League has been fortunate to benefit from the generosity of numerous large, and not so large, sponsors to help maintain the high level of competition in the club’s 18ft Skiff fleet, and its attempt to promote the sport to the rest of the world.

Travelodge Hotels was the first sponsor when it supported Bob Holmes in 1965 then continued its sponsorship of the 18s in Australia, New Zealand and USA until 1981.

Patrick Corrigan AO followed in 1969 and, through his association with a number of companies, continued his support of the League until the early 2000s.

Both Travelodge and Corrigan were rewarded when each won the prestigious JJ Giltinan world Championship on more than one occasion.

When Michael Coxon’s Smeg Racing team recently won the 2021 JJ Giltinan Championship on Sydney Harbour, it was a fitting reward to another long-term sponsor.

The company’s first sponsorship in the 18s was for the Trevor Barnabas-led team, whose skiff raced as Omega Smeg-2UE during the 1996-1997 season.

Barnabas had previously won two JJ Giltinan world Championship titles, in 1987 and 1988, before going into ‘retirement’ to support his son Trent, who was beginning to move through the junior sailing classes.

The Smeg-Barnabas team was an instant success as the combination won both the JJs and NSW Championship in 1997 and 1998.

For Trevor Barnabas, it was an even greater success story as Trent had just turned 18, graduated to the 18s and, along with Rod Howell, was part of the two victories.

One incident that occurred on Trent’s 18th birthday could have marred an otherwise successful campaign when Omega Smeg was involved in a collision with the Manly Ferry while racing on Sydney Harbour.

Fortunately, all ended without damage to the boat or injury to the crew.

The team raced for the next two seasons as Omega Smeg-2UE then for the following eight seasons, until the 2007-2008 season, as Omega Smeg.

Following the Trevor Barnabas era, there have been many high-achieving skippers in control of the Smeg racing program.

Sydney 2000 Olympian, Daniel Phillips, skippered the team for the next four seasons prior to one of the all-time great Inter-dominion 12ft skiff champions, Nick Press taking charge between 2009-2010 and 2013-2014 seasons.

During his five-year tenure of leading the Smeg challenge, Press finished in and around the top five placings in the JJs.

That year, Knapton became the only skipper to win both the Australian 16 Footer and Australian 18 Footer Championships in the same season. He sailed the 16 each Saturday and the 18 with the League each Sunday.

Michael Coxon won three JJs for three different sponsors prior to joining Smeg in 2018-2019 and finishing in third place. He took a season off from the 18s in 2019-2020 and was replaced by former Australian champion Micah Lane for one season.

“We are delighted with Smeg’s long-time sponsorship and particularly in the way the company has involved its staff with the club and the racing,” he said.

“Smeg was the first whitegoods company to be associated with our club and this led to a number of others also coming on board. Smeg deserves the success that has come its way in the major championships.”