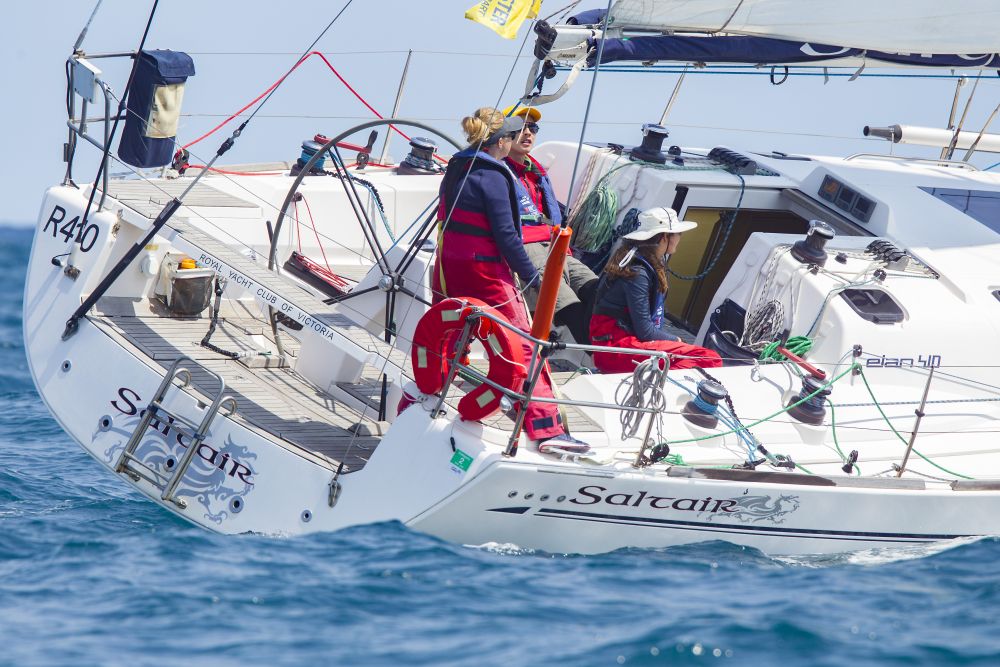 The ORCV Melbourne to Hobart Race continues to be a fascinating affair, with the two leaders in sight of each other off the west coast of Tasmania. But it was another frustrating night for all competitors, with light winds making progress very slow.

At 8am, Lord Jiminy held a narrow lead over Soiree Bleu but both were showing just a couple of knots of boat speed with more than 260nm still to sail.

The situation shows no signs of improving, with light winds of less than 10 knots forecast until at least mid-morning on Monday.

Further back, third-placed Archie has just passed the north-west tip of Tasmania while Alien finally has the island in sight. Both were doing a mere 3.2 knots.

Lisa Blair and Jackie Parry on d’Albora’s Climate Action Now had another frustrating night but they and the four-plus-autohelm crew on Saltair at least have some way on this morning, sailing at 4.3 knots in a light nor-wester.

Before the race, Lisa Blair said they hoped to finish in three days. Lisa was the first woman to sail solo around Antarctica and holds the monohull record for sailing around Australia solo non-stop. She will be calling on all that experience over the next two or more days, hoping that when the wind does finally appear, it is from the right direction to speed all the boats to the finish line.

The race can be followed by opening the tracker at https://race.bluewatertracks.com/2019-orcv-melbourne-to-hobart-westcoaster