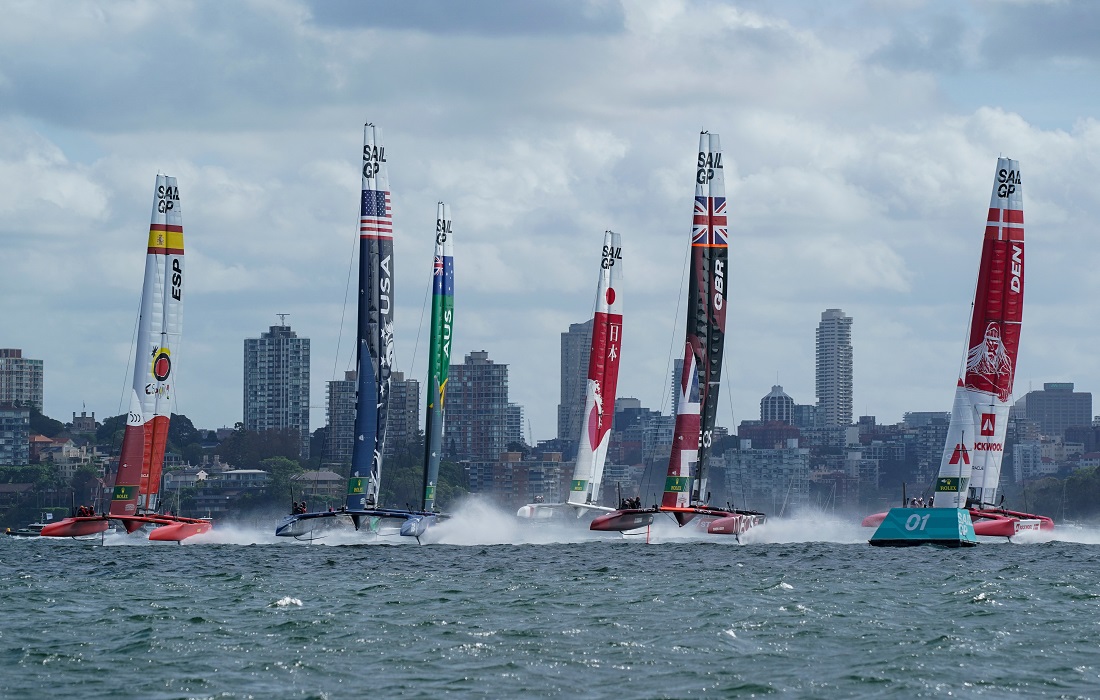 Lift off on Day 1

Sir Ben Ainslie had a debut to remember as he skippered the Great Britain team to victory in all three races on Day 1 of the season-opening Sydney SailGP leg, but homegrown fans need not despair, with Tom Slingsby's Australia Team sitting pretty in second, and not intimidated by their British rivals.

“We know we can beat Ben and his team. The scorecard looks terrible for us today, but we are confident against him, we just need to stop making mistakes,” helmsman Tom Slingsby said.

“It wasn't ideal out there. It was a bit frustrating if anything. We had potential, but we just made too many mistakes. The whole fleet is racing at a higher level than last year, and when we're not sailing that great, it shows.

“I'm not worried about the Great Britain team, but it was impressive how well they were doing. They were just sailing better than everybody else. We've got to go and look at all the footage, but the way the format works we've just got to have two good races tomorrow, make it into the top two and get into that match race,” Slingsby ended.

Ainslie, competing in SailGP for the first time in the Championship’s second season, had been identified by last year’s top-finishing helmsmen Slingsby (Australia) and Nathan Outteridge (Japan) as the man to watch. Their prophecies came to fruition with a dominant display securing Great Britain a maximum of 30 points on a dramatic afternoon.

Defending champion Australia secured second place on the overall leaderboard alongside Japan, finishing with 23 points, ahead of USA (19).

A collision between the Spaniards and Billy Besson’s French team resulted in the latter being unable to continue beyond the opening race. The Spanish team was docked 9 points for their actions and finished the day on 15 points.

The Danes finished on 13 points after being docked 2 points for colliding with Japan in the same race. Both the new teams showed glimpses of excellence.

Ainslie was happy with the conditions and the work of his team.

“You can't really ask for better conditions than that; a 15-20 knot southerly on Sydney Harbour. There were a lot of difficult manoeuvres to be executed, but I think our team did a great job and the guys on the boat were fantastic. We will try and build on our three wins going into tomorrow.

“I'm still learning this boat and I have a fantastic team around me, which is key. The guys are sailing really well and pointed me in the right direction – it's a good start and we're in good shape.

“The forecast for tomorrow is for lighter winds, so we will look at the boat set-up for lighter airs and hopefully we can make it into the match race. If we can do that, it's a whole different game. It's been quite a while since I've been in a match race, so I will go and study some of those videos too.”

Two fleet races will conclude the Australian event, starting at 4:30pm tomorrow, followed by a match race between the two leading teams at the end.