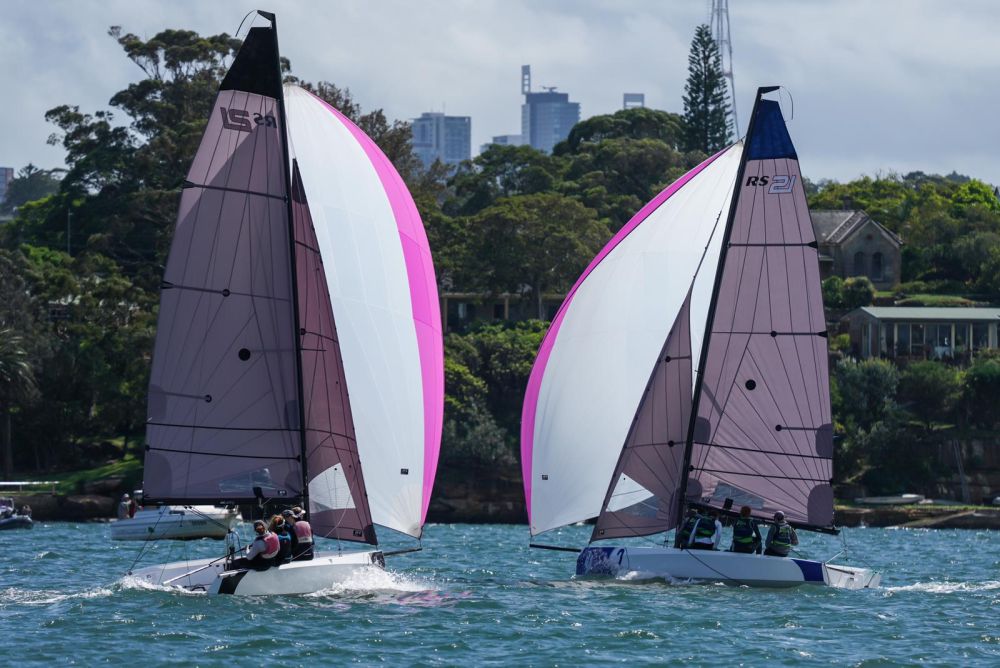 NCYC ran a thorough selection process over many weeks, using their Elliott fleet, to choose a representative team. De Kock and crew nailed club selection and blitzed the qualifying regatta for the upcoming APAC Final, scheduled for April 3 – 5 out of Royal Sydney Yacht Squadron. The top six finishers from the southern and northern qualifiers automatically go through to the next stage.

“I’ve been out of this scene for so long, it was good to get back into a dinghy-like series,” the winning skipper said. “We concentrated on sailing well rather than aggressive boat-on-boat match racing style.”

Next weekend de Kock and his Good Form team return to big boat racing when the Farr 40 class contest their Australian championship.

Saturday’s league racing on the windward/leeward course off Woolwich on Sydney Harbour’s western shoreline was blown out by a strong wind warning. Losing half the series loaded up Sunday’s schedule for both competitors and on-water assets supplied by the host club, Hunters Hill Sailing Club at Woolwich, plus visiting umpires and race officers.

PRO Ian Humphries and his support team rolled eighteen races off in quick succession across a wide spectrum of conditions, squally southerlies gusting to 26 knots under rain clouds then lulls of single-figure breeze in the aftermath.

Qualifying for the Final and the leading women’s team in second overall was Hunters Hill Sailing Club 3, skippered by Dana Tavener. “I liked the fast-paced format; it’s different to normal fleet and match racing and it’s refreshing to do something different. Picking the shifts and getting our boat handling right around the top and bottom marks was key to doing well.” On the Newcastle Women and Youth Regatta in April, Tavener added: “We didn’t think we’d get this far, now we have to think about going to Newcastle!”

Townsville Sailing Club had to shoot off to the airport in the afternoon, team captain Craig Knight saying before he left: “It was an awesome experience coming down and getting in with a one-design fleet on such an awesome arena.”

Next event on the 2020 SAILING Champions League – Asia Pacific calendar is the Final. Organisers are cognisant of worldwide health concerns and are monitoring the situation. APAC league directors Mark Turnbull OAM and Howard Elliott will decide this week on the Final, once the host club has been consulted.

The SCL World Final in Porto Cervo, Sardinia, the climax of the international league calendar, has been brought forward to September 24-27.