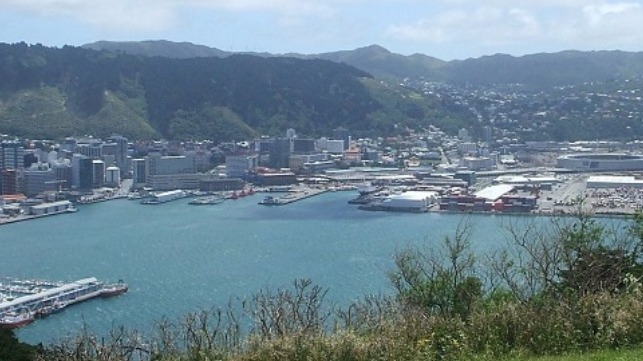 The director of Wellington-based Megisti Sailing Charters, Timothy James Newman, has been fined NZ$2,500 ($1,600) for being asleep at the wheel of the catamaran MV Megisti when it collided with the Port Howard Wharf in New Zealand.

Newman was asleep for about 20 minutes as Megisti motored with no one in control through one of the busiest parts of Wellington Harbour used by kayakers, boaties, cross-harbor ferries and oil tankers.

Maritime NZ Central Compliance Manager, Michael-Paul Abbott, said Newman was severely fatigued and the only person on board at the time of the collision which occurred at 8am, November 16, 2017.

“Fatigue is a major problem on ships,” Abbott said. “Tired crew put themselves and others in serious danger. We are working with the maritime industry to help crews find better ways to manage fatigue, but where reasonable steps are not taken and people or property are put at risk, then Maritime NZ will take action.”

Newman pleaded guilty to one charge under the Maritime Transport Act of operating a ship in a way that caused unnecessary danger or risk to people and property. He was sentenced in the Wellington District Court last Friday.

Summary of the collision

In the period leading up to the collision Newman had developed a broken sleeping pattern. He slept on board Megisti at Queens Wharf, often being woken by people leaving nearby pubs and restaurants and by late night and early morning phone calls from people booking charters.

The day before the collision he made three charter voyages before berthing at Queen’s Wharf and then having several beers. He slept on board for nearly six hours. He skippered Megisti under power (not using its sails) across the harbor, planning to arrive at the Seaview Marina next to Point Howard at about 8am. He fell asleep shortly after changing course at the southern end of Matiu/Somes Island.

Megisti continued under autopilot until colliding with the wharf, which woke Newman.

The collision caused significant damage to Megisti. The wharf carries a fuel line used to offload oil from tankers berthed in Wellington Harbour, but there was no damage to the fuel line.