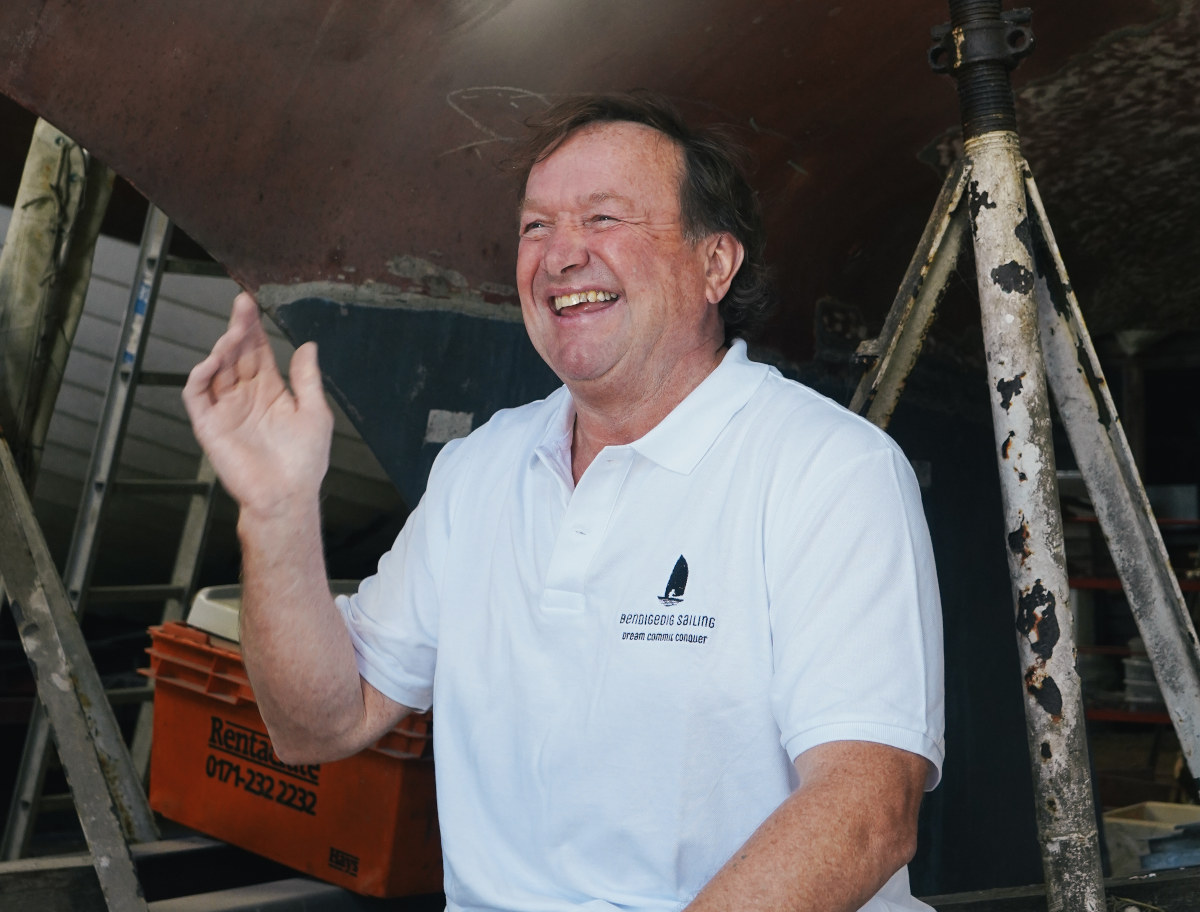 Dafydd Hughes was one of the first entries in the Global Solo Challenge 2023/2024 when it was first announced in late 2020 and since then he has acquired a Sparkman & Stephens 34 for the event, renamed Bendigedig, which had been sitting in a shed for over a decade, while Sir Robin Knox-Johnston needs no introduction.

Hughes is no stranger to adventure and sailing challenges. As a past Clipper crew member he has sailed around the world and in the southern Oceans on board “Glasgow” in 2007. It is then that he met for the first time Sir Robin Knox-Johnston who shared with us a note in support of his campaign.

Sir Robin says: “It is always with great delight, when I hear of a past Clipper crew member taking on further, challenging adventures in life. I have seen many past crew and skippers go on to reach new goals.

“This time it is ex-crew member Dafydd Hughes, completely committed to the ultimate sailing test, a solo circumnavigation, with Bendigedig, an S&S34 in the Global Solo Challenge 2023/24.

“I first met Dafydd in 2007, when he was crew member of Glasgow in 07/08 edition of the Clipper Race. Not only did he complete the race, but did so as a watch leader, helping to guide Glasgow to an overall podium position. Since completing that race, Dafydd has gained his RYA Yachtmaster, and climbed Mt Blanc. Now he’s off round the world again.

“Dafydd’s campaign for the Global Solo Challenge is progressing well. He has spent the last 12 months completely refitting Bendigedig, carrying out most of the work himself. One thing for sure, he will know every single inch of that boat, the ideal way to prepare for this adventure.

During this campaign, Dafydd has so far secured three sponsors. It is fabulous to see that one of these is also past Clipper crew, Edwin Harrison (he was on Glasgow 07/08), in the form of Curious Roo Coffee Roasters.

“When undertaking such a challenge, it often said that getting your boat ready, funded and fully prepared, is far harder than the actual sailing part. Many have fallen by the wayside just trying to get to the start line. I understand that there are sponsorship opportunities available, so for further details please contact Dafydd directly at bendigedig@bendigedig.net

“Please do what you can to support him and his partner charity, Coed Lleol. Dafydd tells me that Coed Lleol (Small Woods Wales) is the name for the Small Woods Association in Wales. They help to improve the health and wellbeing of people across Wales through woodland and nature based activities.

Dafydd adds “This is something that I’m passionate about, as it was working in the woods that helped my recovery from my own mental health issues.”

Sir Robin continues, “Unfortunately I’m unable to attend the re-launch on 3rd April 2022, therefore I’ll take this opportunity to wish him well, and hopefully catch up before he leaves for A Coruña, Northern Spain in late summer 2023.”