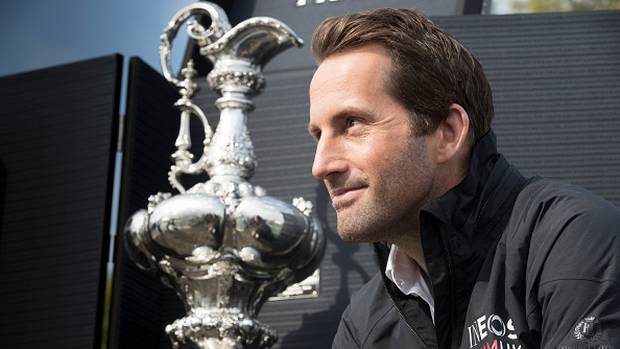 Nothing is ever straightforward when it comes to the world's oldest sporting trophy. This time around, backroom squabbling appears to have started early.

Ineos Team UK, like all main rivals, are preparing their well-backed bid to challenge Emirates Team New Zealand for the Auld Mug in 2021. As they continue the design and testing stage at their Portsmouth base, Ainslie has revealed, in a wide-ranging interview with the Herald, the behind-the-scenes jostling since Malta Altus, DutchSail and Stars and Stripes from California were three late additions to the challengers.

“Firstly we were welcoming having more teams and more competition. We did have an issue with those three teams, two of which to our understanding hadn't paid any entry fee [$5.8million],” Ainslie, the four-time Olympic champion, said.

“Stars and Stripes had paid entry and as far as we could see were properly entered but the other two teams hadn't, and were then put forward to have a vote on class rule amendments and so on.

“For us, that seemed completely unfair. Imagine in Formula 1 if you had some guys rock up and say we fancy a punt at this but we don't like the diffuser or we want different tyres… there's no way that would happen.

“We were really frustrated by that because it was holding things up. We couldn't make decisions because the other teams weren't agreeing to vote or were voting against and you need a unanimous decision.”

In the end Team New Zealand and Luna Rossa, challenger of record, altered the protocol in order to make rule changes without approval from the late entry teams, allowing project plans to proceed.