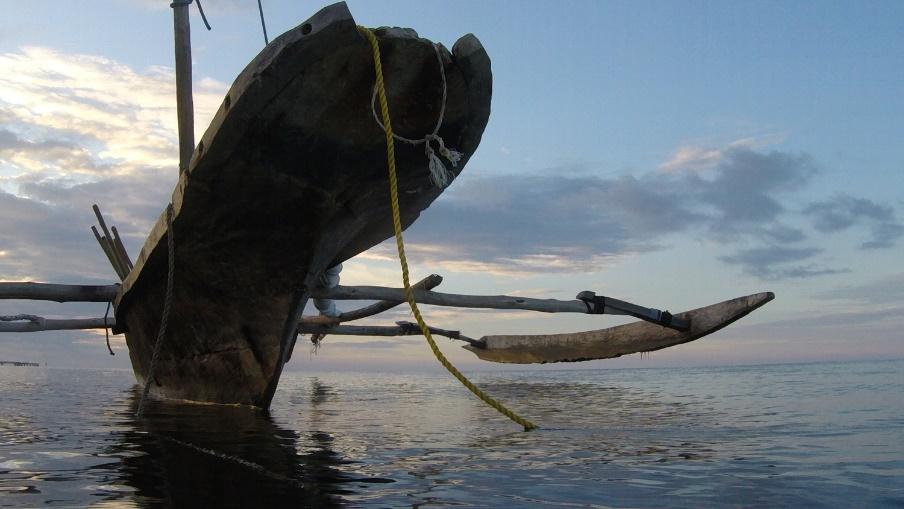 Simon Walker has sailed around the world the ‘wrong way’ twice and was skipper of the Toshiba Wave Warrior in the 1996/7 BT Global Challenge, where he was the youngest skipper in the fleet and finished 2nd.  He won the Teacher's Whisky Round Britain Challenge race in 1995 and went on to help organise the BT Global Challenge in 2000/1 and 2004/5. It’s fair to say therefore that he knows a thing or two about tough long distance races in big sophisticated boats.

It will perhaps come as a surprise that Simon is now involved in a race of an altogether different kind. A race run in some of the world’s most basic boats, which he claims is one of the toughest sailing challenges going and will test sailors’ resolve and seamanship skills like no other…

The Kraken Cup (formerly known as the Ngalawa Cup), which will run for the 6th time in January 2019, is a race of over 300km off the coast of Tanzania, snaking around the Zanzibar Archipelago. The big difference between this and other races is that it’s run in ngalawas, a traditional fishing boat whose hulls are dug by hand from mango trees and whose outriggers are stuck on with ‘string’. With a double outrigger, which can act as a hydrofoil so you can surf over the seas, for stability and a triangular sail, the boats can sail at speed close to the wind. They are however very small, with little room for anything other than the water they have a tendency to take on.

Whilst this may seem like a backwards step in a sport dominated by modern technology, Simon explains that this was exactly why he was drawn to helping run the event…

“Sleek modern boats are fantastic and I’ve spent most of my sailing career around or in them. When I first saw local fishermen in ngalawas however I was in awe of their seamanship and ability to handle the boats in all conditions. The ngalawa strips things right back so you can really discover how good your core sailing skills are. It tests your true seamanship, which, on top of being a challenge in its own right, builds an incredibly strong base for when things go wrong on today’s boats. In short, it’s raw, hard and a huge amount of fun.”

“We’ve had some serious sailors enter the race already, but I’d like to challenge anyone who fancies themselves as a seasoned racer to give this a go. I think people will quickly discover they’re not quite as capable as they first thought, as previous entrants have already discovered.”

Englishman Ryan Horsnail, who’s sailed around the world on a Catamaran, entered the race last year and admitted:

“I’ve spent the last few years sailing, having sailed my own boat from New York to the Caribbean, as well as being involved in a few ocean races, including across the treacherous Southern Ocean, so I felt pretty much prepared for a sailing adventure. It turned out the Ngalawa Cup was like nothing I’d ever done before.”

The challenges faced by racers aren’t just restricted to when they’re on the water and wild camping on deserted islands ensures there’s as much adventure off the boats as on them. Any difficulties are countered by some of the best sailing in the Indian Ocean atop beautiful clear waters and amazing coral reefs, with check-points on some of the most beautiful beaches in the world surrounded by charismatic and friendly locals:

“When you go on detailed and guided adventures or tours, you know what you’re going to get, so there’s no reason to repeat it again. But when you stand at the edge of your comfort zone cliff, and jump off like this, your highs and lows are entirely unpredictable, and the stories are never the same. And when the rollercoaster is over, you get addicted to that natural high and line up for another ride.” – Jake Vanags from California, previous Ngalawa Cup winner

“The locals, I'm sure, had never had visitors before but they were so kind and even took us into their homes for dinner and to meet their families. We also spent some time with a Maasai tribe in an abandoned five star resort and they took great amusement in our attempts to light a fire before promptly relieving us of that duty and getting a roaring blaze in second,” Chris Mattock, January 2015, UK competitor.

To find out more about the race and entering the 2019 January edition head to https://www.mysailing.com.au/3557