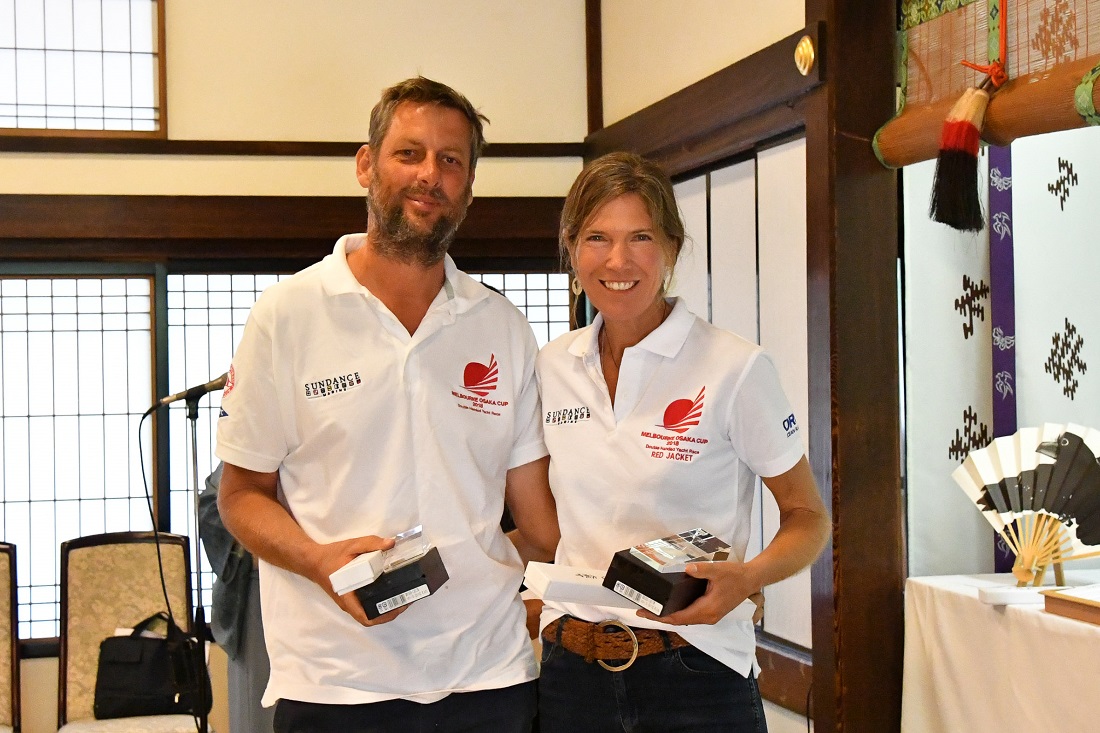 Annette Hesselmans is to be guest speaker at Royal Brighton Yacht Club in Victoria ahead of the Brighton Ladies Skippers Series (BLiSS) in the Port Phillip Women’s Championship Series (PPWCS) on the evening of 22 February – and she offers a different point of view to budding female offshore sailors.

Last year, the Victorian who now calls Queensland home, competed in the double-handed Sundance Marine Melbourne-Osaka Yacht Race, and in December’s Melbourne to Hobart ‘Westcoaster’, she became the first to skipper an all-female crew in the newly established 4+Autohelm division.

Originally to race the Melbourne Osaka with her brother, at the last moment Hesselmans had to call on husband, Gerry Snijders, to co-skipper the Radford 12.2, Red Jacket, in the 5500 nautical mile race. They finished seventh from 16 boats before she sailed the return journey with daughter Sophie and Sophie’s boyfriend – neither of whom had sailed offshore before.

Hesselmans, a remote nurse in her day job, is resilient, positive, determined and focussed. She co-opted 20 year-old Sophie, and two experienced short-handed sailors in Sue Bumstead and Robyn Brooke, to race the Westcoaster with her.

“I want to encourage other women to get out there and develop their confidence – have courage to give it a go – that’s the whole rationale. It’s about trying to raise the profile of women in sailing. To tell women to have a go and have confidence – to push out of their comfort zone and not be afraid,” she said before the race.

“After the Melbourne Osaka, a crew of four is extravagant really – and the race seems so short,” she added

They finished the Westcoaster eighth in AMS and PHS seventh: “We probably made some tactical errors – the only training we got beforehand was the Cock of the Bay. We had planned more, but it wasn’t possible,” Hesselmans said of her crew, two of who are well known to her through the Melbourne Osaka and other major races.

“I loved the Melbourne to Hobart and I loved our team,” she said. The wildness of the west coast is special – the colours of ocean – seeing the wildlife, dolphins and birds. And sailing with a team of four was warm; everyone supported each other and worked well as a team. And to see my daughter grow through the others she sailed with…

”We got a very warm welcome on arrival in Hobart; especially after people realised we were a small crew of women.”

In complete contrast to her work in arid remote areas of Australia, Hesselmans’ love of sailing means a mind switch as she prepares her boat and crews in between jobs.

As a guest speaker, she says, “I hope to impart that I am a mature ordinary every day person enjoying sailing. You don’t have to be an elite athlete to do what I’m doing.”

She is unable to take part in Race 5 of the PPWCS on Sunday, 28 April, at Royal Brighton Yacht Club, as work calls. However, she is hopeful of taking part in the Royal Melbourne Yacht Squadron’s Australian Women’s Keelboat Regatta (AWKR) in June – but as crew for someone else this time.

A variety of inspirational women sailors are featuring in guest speaking roles for the PPWCS events with help from the Victorian State Government’s ‘Change Our Game’ grant.

For information on the BLiSS please visit: https://www.rbyc.org.au/event/keelboats-ppwcs-5-bliss-regatta-3/

For all information on the PPWCS, including Notice of Race please visit: http://www.womenandgirlsinsailing.com.au/keelboats/portphilip2018-2019/