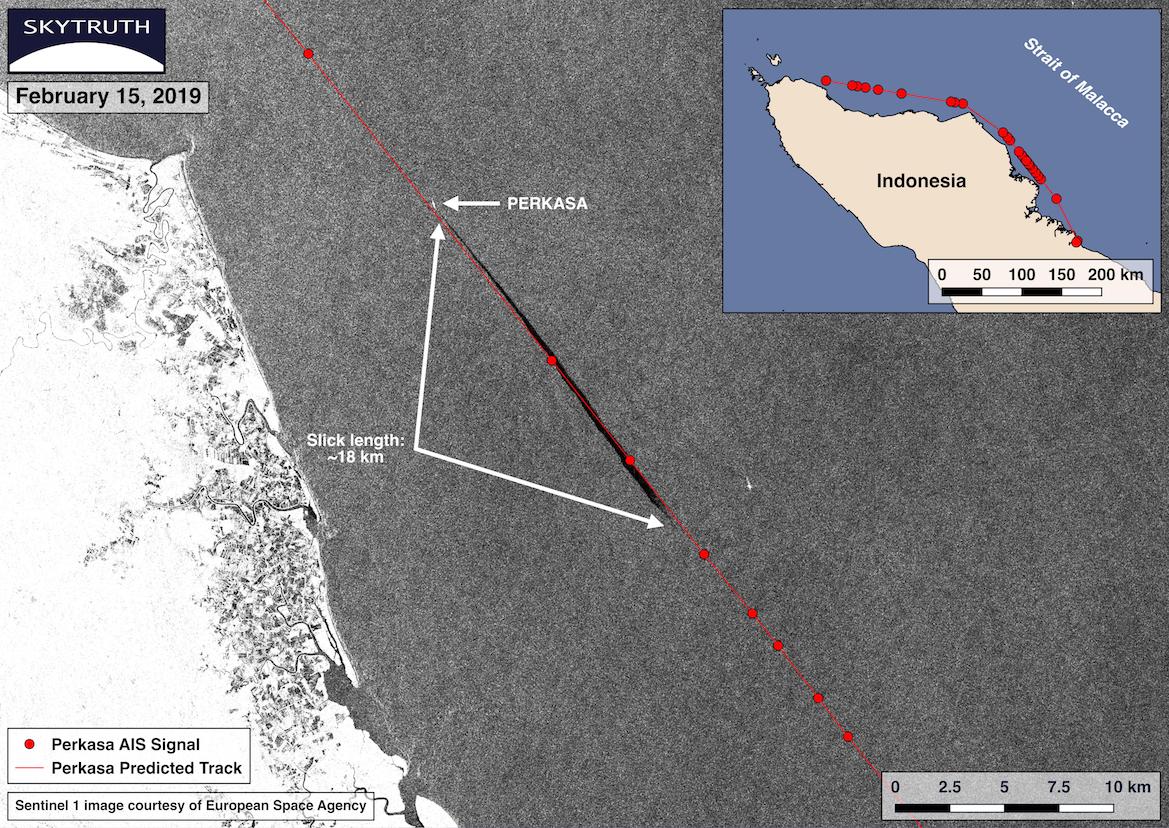 Environmental monitoring organization SkyTruth watches for illegal activity using satellite data, and over the past several years, they've made it clear that “magic pipe” bilge water disposal can no longer be hidden at sea.

Bypassing the ship's oily water separator to dump bilge waste is an illegal but relatively common practice. In the United States, it is one of the most frequently prosecuted maritime crimes, thanks to generous whistleblower awards, the ease of finding physical evidence and an enthusiasm for MARPOL enforcement. To make matters easier for the courts, suspect chief engineers and masters often attempt to deceive the authorities by falsifying the ship's oil record book, which is itself a crime (and is often the actual offense charged).

However, oily water discharge rules are less commonly prosecuted elsewhere, in part because the crime happens under way and far from shore. With no one present to sight an oily sheen, and no monetary incentive for the crew to report wrongdoing, it has historically been easy to hide.

Radar satellite imagery and satellite-gathered AIS data may be able to change that equation. SkyTruth has pioneered the use of radar satellite data to spot the distinctive slicks of bilge discharge on the water, with a tiny dot of a ship clearly visible at the head of the line. By time-matching the imagery with AIS data, the group's researchers can make a good estimate of the identity of the ship.

In February, SkyTruth tracked an oil slick in the Strait of Malacca, just a few miles off the northwest tip of Sumatra. The tapered end of the 18-km slick pointed to a small white dot (above). By studying the AIS broadcasts in the vicinity of the slick using exactEarth’s ShipView service, SkyTruth determined that the Indonesian cement carrier Perkasa was at the location of the white dot when the Sentinel-1 radar image was acquired. The Perkasa's AIS-derived location closely matched the vessel’s position in the Sentinel-1 image – and no other vessels broadcasting AIS in the area were likely candidates for a match.

In another example, SkyTruth obtained imagery in January showing a similar linear slick off Indonesia's Bangka Belitung Islands. This slick had a sharp bend in the middle, which lined up well with the AIS trackline of an Indonesian oil tanker, the Gamsunoro. About eight hours before the image was taken, the tanker had passed about 5 km upwind of the slick and parallel to it, and her track closely approximated the same bend (with a change of course).

The evidence in the case of the Gamsunoro was less concrete: the slick did not directly overlap with her trackline, nor did it point right to her AIS position at the time of the image. However, it clearly demonstrated that suspect vessels can be identified by satellite data and selected for inspection upon arrival at the next port of call.