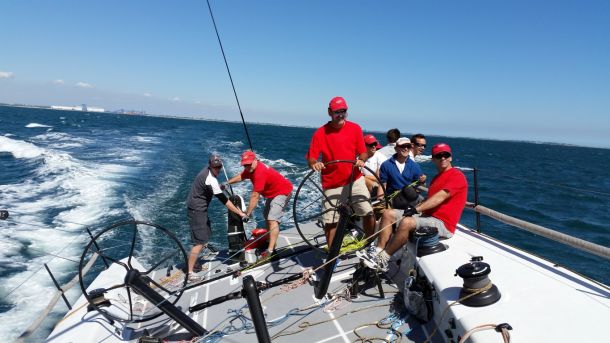 Following postponement of the 2015 Fremantle to Bali Race & Rally due to severe weather conditions including gale force winds, Fremantle Sailing Club’s event chairman Bob Kucera has announced that the event will now commence on Monday 18th May at 10 am subject to any further severe weather warning by the Bureau of Meteorology and advice from expert weather consultants.

Twenty boats including ten in each of the racing and rally fleets will set sail to the Island of the Gods.

Mr Kucera said the 1440 nautical mile event includes a coastal race up the West Australian coast to NW Cape before an open ocean component to the Indonesian Island of Bali and with the gale force winds that had been forecast over the entire WA coast to Exmouth for the official start date it had been considered best to delay the start until conditions improved.

“There are no short cuts in the Fremantle to Bali Race and Rally when it comes to safety and starting at the previously scheduled time would have placed the boats on the course north in 40 plus knots of Northerly winds in very unpleasant conditions,” said Mr Kucera.

The Wonderful Indonesia Fremantle to Bali is one of Australia’s longest blue water races with safety an underlying component of the race.  The event’s Principal Race Officer has been in regular communication with the Bureau of Meteorology and other agencies over the past several days monitoring weather and determining its potential effect on the event.

A key safety feature of the event is the transparency offered by the Yellow Brick Trackers, combined with the multi-layered safety program which includes radio monitoring of all communications and running of compulsory schedules by Kordia and the race control.

“We are pleased to now be able to confidently bid the fleet farewell as they start their exciting sail to exotic Bali where they will receive the traditional warm welcome,” said Mr Kucera.  “We invite sailors and non-sailors to follow the journey via the Yellow Brick Trackers on the Fremantle to Bali website which will provide a taste of adventure and a window into the strategies used by skippers in this magnificent sailing event.”