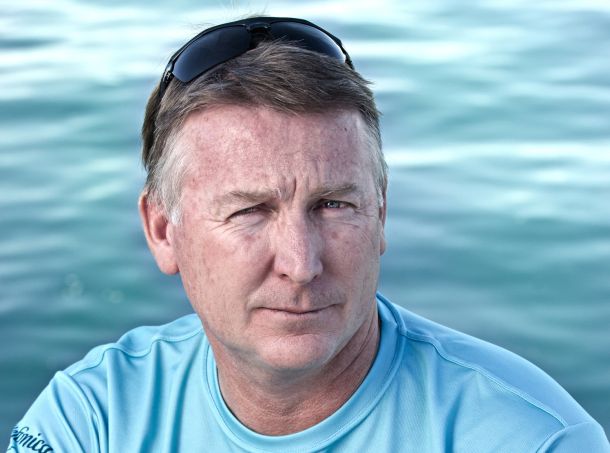 Writing in Newport, Rhode Island's Daily News, staff reporter Matt Shelley broke the story of sailors behaving badly. Seven people “connected to” the Volvo Ocean Race were arrested after a confrontation with local police, which began when a fire alarm was set off.

Early on Tuesday morning, Brunel navigator Andrew “Capey” Capes appeared to be the main culprit, which surprises most people who know him. Inevitably, images come to mind of officious police officers with bad attitudes, but we weren't there, so we don't know all the details.

According to Shelley's report, police said they were called to the Clarke Cooke House restaurant and bar on Banister’s Wharf for a fire alarm sounding just after 1 a.m. They found about 100 people at the scene. According to police, several people refused orders to get out of the building and move away from fire trucks so firefighters could go inside to reset the alarm.

Then, police said, Capes pushed Patrol Officer Bradford Coyle in the chest and swore at him, saying he wasn’t going anywhere.

Police said Coyle tripped while trying to get control of Cape’s arm and fell on top of him onto a curb. According to police, Stefan Coppers, 36, of Amsterdam, Netherlands, then jumped on the officer’s back.

When Patrol Officer Brittany Foster stepped in to help Coyle, Coppers turned and came at her in a threatening manner, police said.

Both appeared later in the day in District Court before Judge Colleen Hastings and pleaded no contest to the disorderly conduct charges. The charges were filed, meaning they could be removed from court records in a year provided they face no new charges.

Police said the full watch of Newport police — nine officers — was called to get control of the situation. Middletown and Naval Station Newport police provided mutual-aid assistance to cover any other calls.

Police said the following people also were arrested after an investigation:

Attorney Craig Hein of Newport, the attorney for all seven who were arrested, told The Daily News on Tuesday he had no comment.

Newport police Lt. Frank Rosa said it was his understanding all the people involved in the incident were connected to the international sailing race, which is in town until May 20. He also said no police officers were injured in connection with the incident. Otherwise, Rosa referred questions to Sail Newport, the host organization for the race stopover here.

“At this point, we’re going to refrain from any comment,” Rosa said.

At a Volvo Ocean Race event earlier in the day, the incident was the talk of several team members of Vestas 11th Hour Racing. During conversations among people wearing team jackets, several said it seemed police overreacted to the incident and things got out of hand unnecessarily.

“We’ve partied around the world and we’ve never had anything like this,” one team member said.

The Volvo Race organisers are trying to play down the incident, releasing a statement which simply said:

On Tuesday, following an incident in downtown Newport, seven people associated with the Volvo Ocean Race were detained by local police. All were released after pleading to misdemeanour in disorderly conduct.
On behalf of the Volvo Ocean Race we apologise to the Newport community for any disturbance caused and we thank the authorities for their assistance.