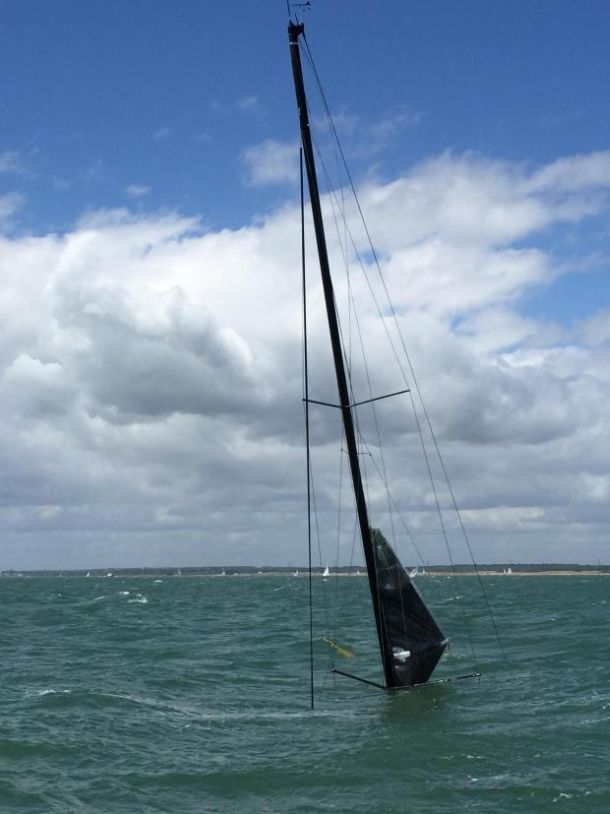 The mast of the sunken Ino. Photo The Daily Echo.

The Daily Echo. by Maxwell Kusi-Obodum.

SEVEN people were dramatically rescued from the Solent this afternoon – seconds after their yacht crashed and sunk.

The crew were pulled from the freezing waters by passing sailors moments after their vessel was in collision with another yacht near Bramble Bank in the Calshot area at 1pm.

The crash sparked a huge rescue operation with lifeboat crews and emergency services from both sides of the Solent rushing to their aid.

But it was a heroic sailor in a tiny RIB who was first on the scene to quickly haul them to safety.

The five men and two women – who were believed to be racing – were travelling Cowes-based Corby 36 yacht called Ino when it was in collision with the yacht Valkyrie at 1pm.

The impact caused a huge hole in the vessel's bow causing it to rapidly take in water and begin sinking as the crew plunged into the water.