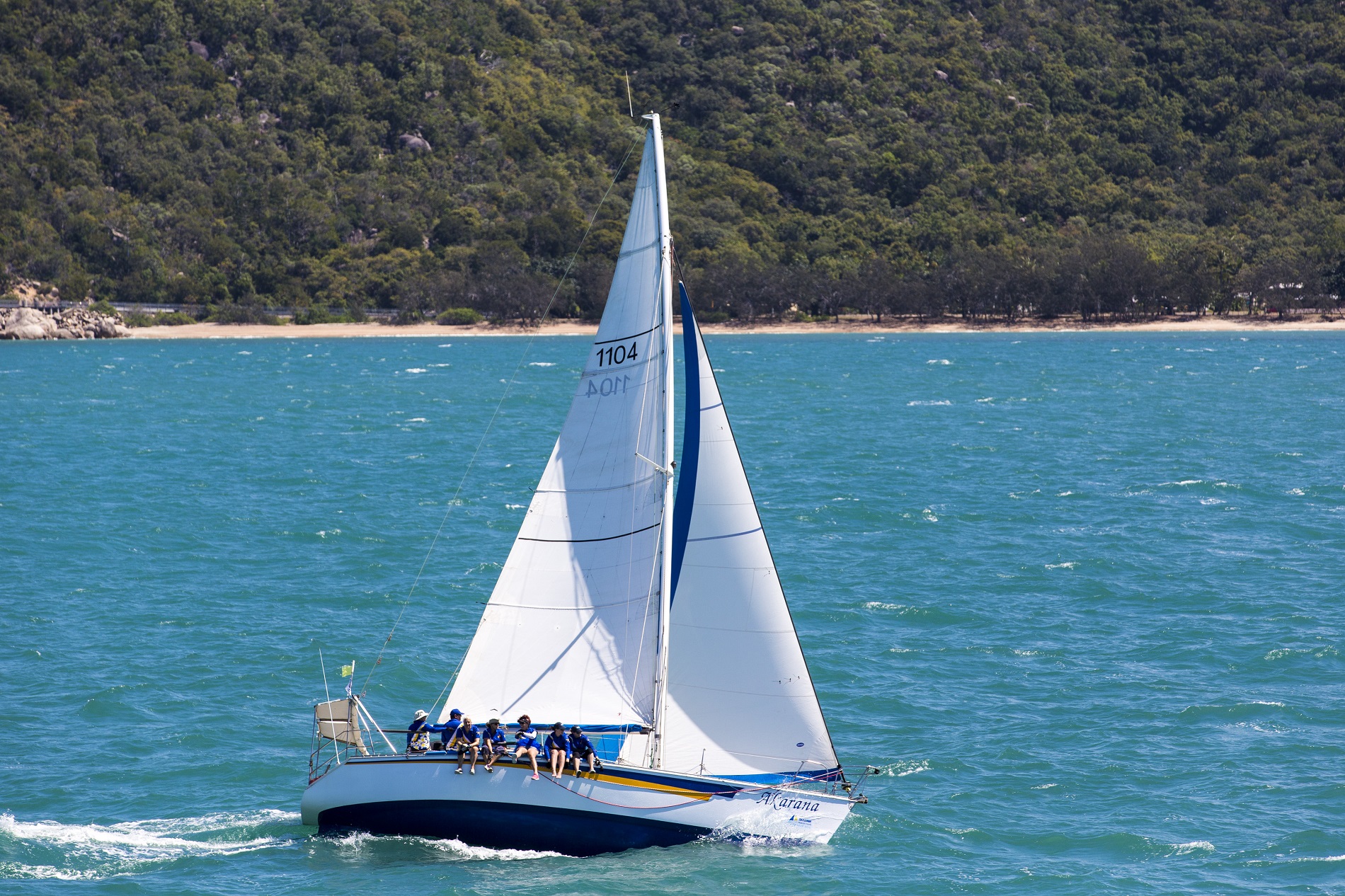 In an effort to get the edge on their compadres come September, a dozen or so SeaLink Magnetic Island Race Week (SMIRW) entrants quietly put in successful practice at Port Douglas Race Week last week, while the rest of us were suffering the effects of the early winter chill.

Infiltrators included Victorian Rob Rainsford with Y Knot who placed fifth and Bob and Sharon Colman who sailed Red Knot from the Northern Territory and placed 10th, perhaps giving them the upper hand on their rivals when SMIRW is staged from 1-7 September.

“Port Douglas Race Week is a great warm-up event for us,” admitted an unabashed Steel, who doubles as SMIRW Event Chairman.

“It’s a friendly regatta and everyone is made to feel welcome. It’s also a good way to meet some competitors who are entered for our SeaLink Magnetic Island Race Week,” he said of the event that was sold out within four hours of entries being opened.

Competitors are in for a surprise this year, with a new fun social activity planned for the lay day. The Acadian Surf Club’s Great Inflatable Race is the latest on water event to be added to the Townsville Airport Father’s Day at Picnic Bay on Sunday 4 September, from around 11.30am to 1.00pm.

Anyone who has their own inflatable item can enter and the Arcadian Surf Club will have an ‘inflation station at the event for those needing their item inflated on the day, so be inventive! For those more interested in watching the fun, the best vantage point is, of course, the Picnic Bay Jetty.

The Great Inflatable Race will raise money for community projects and a small entry fee will be charged to enter. New community sponsors are joining in the Sunday fun day this year too. We welcome Queensland Country Bank and NBN Co.

There are a host of attractions to enjoy at Picnic Bay pre and post the Great Inflatable Race, not to mention those elsewhere on Maggie Island. Buses depart regularly from the SeaLink Ferry Terminal to everywhere, making it easy for visitors to get around. See the official SMIRW website for all the details.

All the SMIRW action is centred around Peppers Blue on Blue Resort and the fun begins with the Welcome Function on Thursday evening, 1 September. And each afternoon following racing is the not to be missed prize giving, hosted by none other than Scotty Hillier.

Camera in hand, Scotty follows racing on a jet ski and brings the day’s action to the big screen, along with any snippets of gossip he gleans during the week, while competitors and friends enjoy a few drinks.

A wide variety of boats from multihulls to monohull racers, cruisers and sports boats are taking part. Entries representing Victoria, Tasmania, NSW, Western Australia, South Australia and the Northern Territory will mix it with the Queenslanders in various classes and divisions.

For all information, including list of entries, places to visit and more, please visit: www.magneticislandraceweek.com.au/