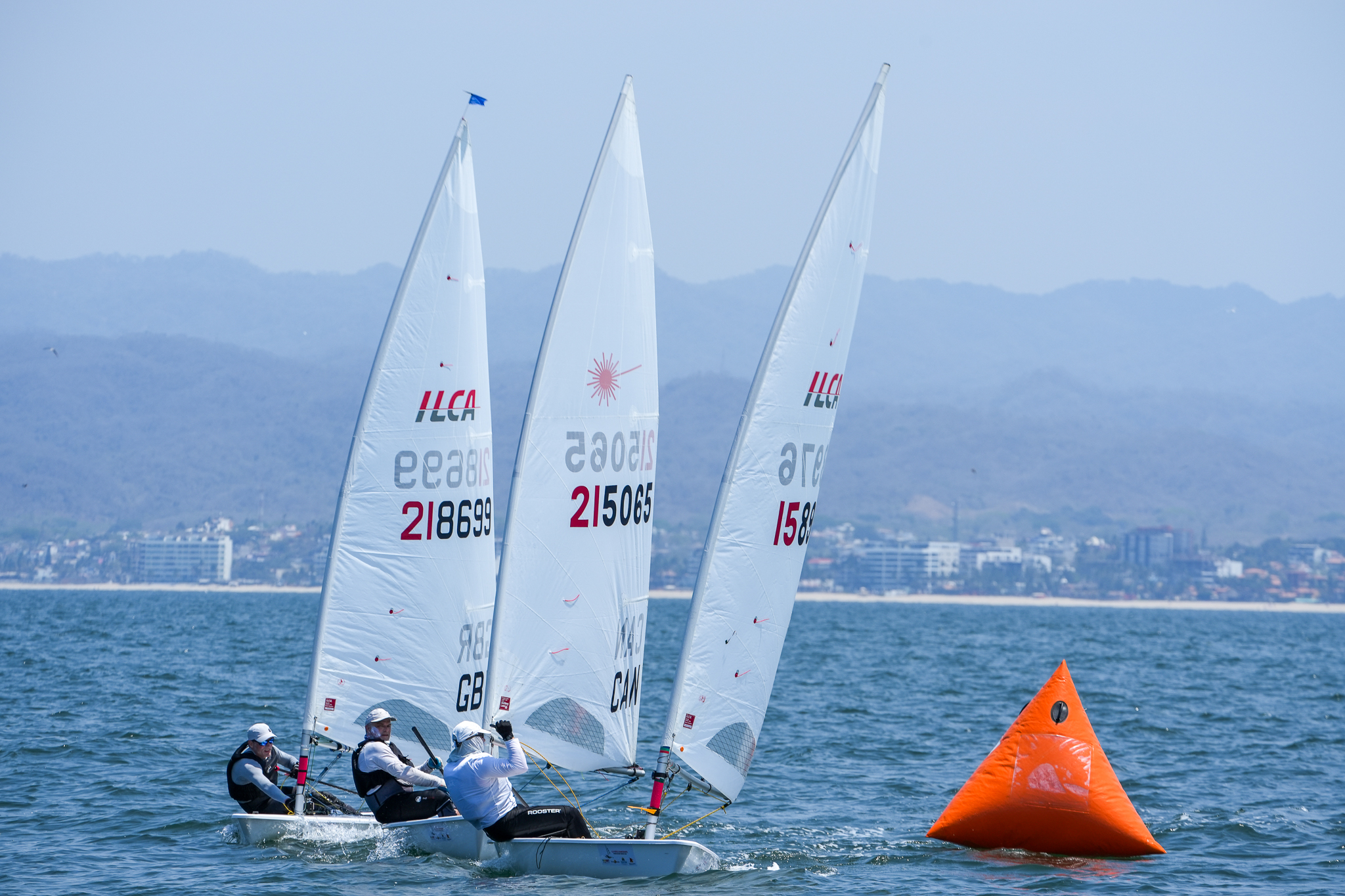 Winds reached 13 knots on the penultimate day of the Worlds. Pic - John Pounder

The racing kicked off in about 8–10 knots, and the breeze picked up a little for the second race to 11–13 knots. There were some tricky shifts to navigate, which created opportunities for new race winners at the event. The Apprentice and Masters fleet had a general recall, so the race committee reset the course after a 20-degree wind shift, and the fleet was able to get a clean start. All other starts today were clear.

In the Apprentice fleet, Adil Khalid of the United Arab Emirates claimed the first race today and Charles Baillie Strong of Luxembourg won the second race, but the overall standings remain unchanged from yesterday: Argentina’s Andres Heredia sits in first, Strong is in second, and Khalid in third.

In the Masters fleet, Canadian Ray Davies won race nine and American Ernesto Rodriguez won race 10, but as in the Apprentice fleet, the leaderboard holds the same as yesterday: Greece’s Adonis Bourgiouris leads the division, ahead of Rodriguez in second and Great Britain’s Orlando Gledhill in third. Australia’s Nick Alexander is placed eighth, followed by Rod Barnes (ninth).