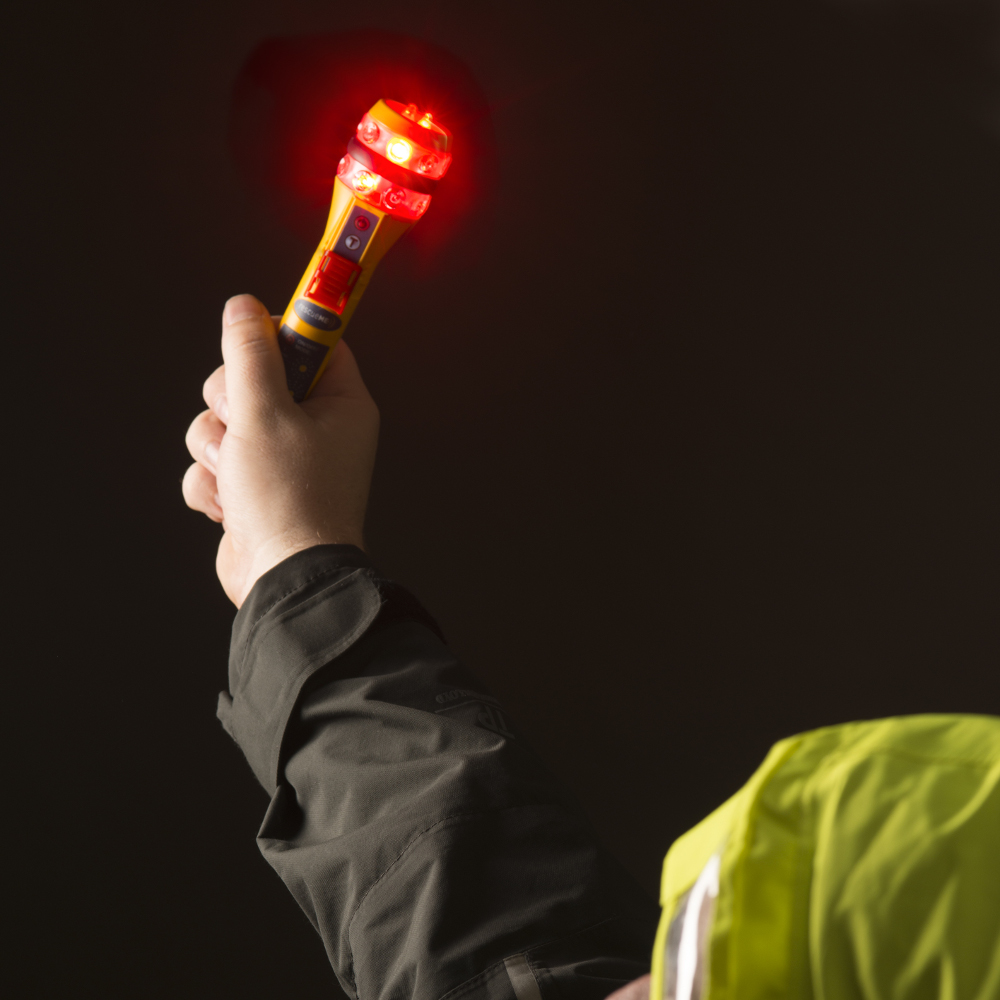 Lightweight and rugged, the EDF1 is sold in Australia by All Sat Communications. Claimed to be 40 per cent smaller than similar devices, it is ideal for a grab bag, life raft ore even attached to a personal pfd. It offers a safe and long-lasting solution to visual signalling in an emergency without the inherent danger of a standard distress flare.

Developed as a practical and cost effective alternative to the single use pyrotechnic flare, the unit can be used repeatedly in any of its four modes, ensuring continued visibility is maintained over a longer period. The rescueME EDF1 is safe to store and operate, with no concerns associated with disposal.

The light output is a beam of over 30° throughout the full 360° azimuth, light is also distributed throughout the hemisphere above the unit to ensure visibility from the air.

The lens design combined with the use of advanced LEDs ensures a constant level of light output throughout the life of the user replaceable battery.

Suitable for one-handed operation in difficult conditions and waterproof to 10 metres, the rescueME EDF1 has a visibility range of up to seven miles and up to six hours’ operation.

While a traditional flare will normally burn for around 30 seconds before extinguishing, the EDF 1 flare 'burns' for six hours. The user also has the added reassurance that the rescueME EDF1 is safe to use and discard when necessary, without the dangers associated with pyrotechnics.

Watch Ian Veitch from All Sat demonstrate the EDF 1 at the recent Sydney International Boat Show.