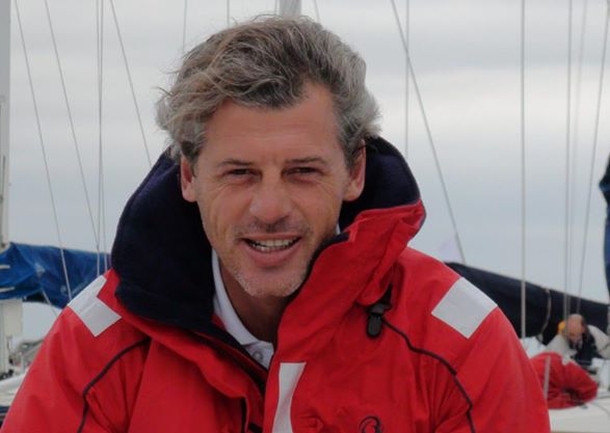 The pro Sailor and sports journalist Sébastien Destremau, is entering into the next Vendée Globe with FaceOcean’s project. After the race, one of his supporters will have the opportunity to win his boat for free.

“As far as I know this is the first time such a big boat will be won. It is unheard of and very innovative,” said David Brabis, CEO of the Vendée Globe

For Sébastien Destremau, who participated in five America's Cup campaigns, FaceOcean’s goals are simple: create a human-scale project and share it with thousands of Fans, finish this solo round the world race and give the possibility to a lucky winner to take over the helm in 2020.

Today is the beginning of a vast operation of crowdfunding conducted on the sport specialized crowdfunding platform www.fosburit.com.

Especially with the Virtual Regatta players (500 000 competitors during the last Vendée Globe) with which Sebastien has developed a strong relationships over the years thanks to his daily video News (100 million videos views to date).

“The Vendée Globe is the most popular game among our community and it was obvious for us to support Sebastien in this adventure,” said Philippe Guigné VirtualRegatta Founder during the FaceOcean press conference.

The project changed gear with the recent purchase of the IMOCA 60 “Explora-Gartmore”. Currently located in South Africa, the boat is simple and very reliable. She has already competed four round the world races, including two Vendée Globe (both in the top 10 finish)

“To embark thousands of fans on this project, we are offering two levels of involvement. The first level is to become a 'Fan' and it is completely free. A draw will be done and the lucky winner will be the new proud owner of my boat at the end of the Vendée Globe!

“Then the fans have the possibility to put their photo on the boat and become a “Crew-member” for a financial contribution according to the size of the photo chosen (from 10 €). We have also developed a unique offer for sponsors interested in FaceOcean’s concept,” said the skipper of FaceOcean.

To become a Fan (and enter the draw) or a Crew Member click here.

The next steps of this out of the box project include the return of the boat in France in the coming weeks, followed by a thorough technical preparation in Toulon (South of France), with the aim of transforming the boat into a real television studio, then a Transatlantic race in spring and some public relations in the summer of 2016.

Then on November 6th 2016, will be the official start of FaceOcean’s attempt to climb the Everest of the Seas in les Sables d'Olonne.