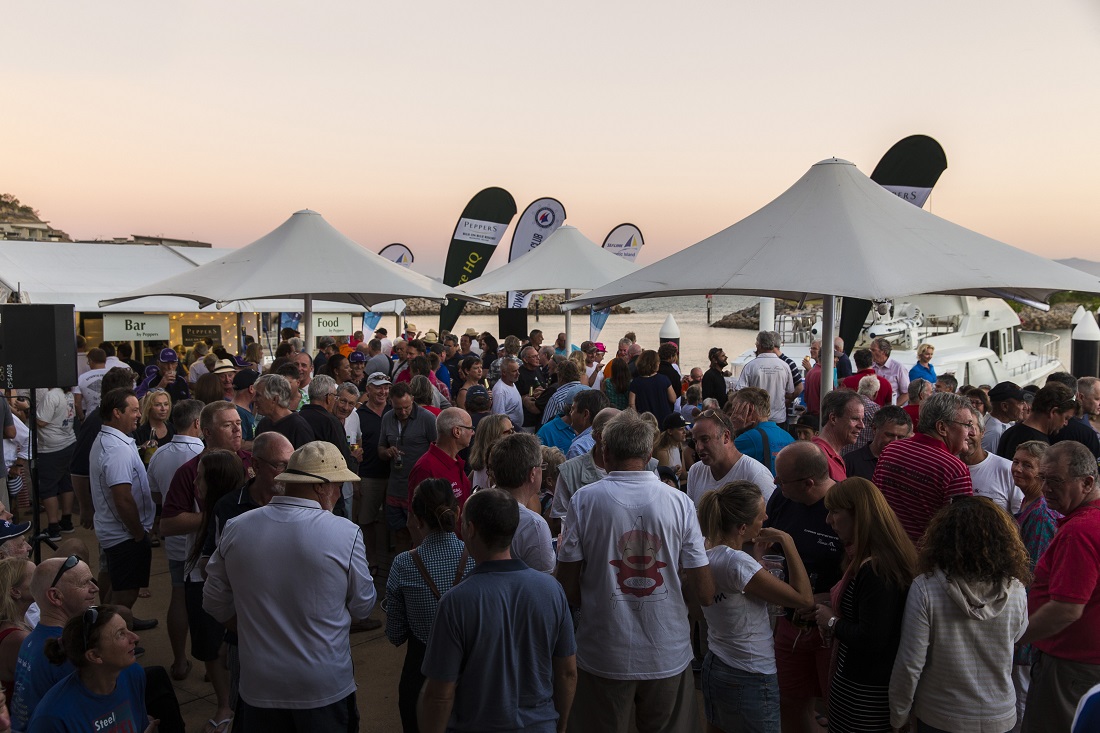 Entries for Townsville Yacht Club’s SeaLink Magnetic Island Race Week have reached 65 and competitors are already gearing up for a week of sailing, soaking up sun and catching up with friends for the final northern regatta, held during the first week of spring.

It does not cost an arm or a leg to compete at the event, set at the 52 square kilometre Magnetic Island, named in 2009 as one of Queensland’s 150 icons for its role as a ‘natural attraction’. Located off Townsville, it is hard to beat the beauty of the Island and its surrounds. The natives are very welcoming and the accommodation, well, it’s pretty perfect, the centrepiece of racing and all social activities.

So far, the Cruising Spinnaker/PHS boasts the largest number to-date, with 45 entered, including Angus Fletcher, back to defend his Division 1 title with Tevake II. This sleek 17 year-old Radford 13.7m is a seasoned campaigner, according to her Victorian owner.

“We’ve successfully completed in the 2006 and 2010 Melbourne to Vanuatu races, the 2006 Vanuatu to Mackay; 2006, 2010 and 2014 Sydney to Hobarts; six Melbourne to Hobart West Coasters and numerous shorter Bass Strait races,” Fletcher says.

Notable results in recent years include line honours in the 2010 Melbourne to Vanuatu and back-to-back overall wins in the 2012 and 2013 Melbourne to Hobart West Coasters. He has also competed at Airlie Beach Race Week and the past two Magnetic Island Race Weeks.

“I’m looking forward to the race up to Keppel, then Airlie Beach and Magnetic Island Race Weeks,” the Victorian said.

The couple famously raced with their cats Smudge and Noodles at ‘Maggie’ Island Race Week last year, but the felines will be missing in action this time.

“We started our trip around Australia in April and after the two months practice last year, we decided the cats were not really enjoying the long distance cruising (though they loved the racing), so before we left, we found them a new home with loving new parents,” Lowndes says.

Lowndes otherwise confirms the crew is similar to last year: “We’re delighted to have Karyn Gojnich on board again. She represented Australia at three Olympic Games, is a board member of Australian Sailing and in 2015 was elected Vice President of the Oceania Sailing Federation. She’s put so much back into sailing.”

Goddard-Jones adds: “Similar to last year, we have a largely female crew, with just three token males (including Pete) – one more than last year. Most are our regulars from Sydney racing, and we’re very much looking forward to seeing everyone again.  From Maggie, Pete’s parents will join us to sail the next leg of our trip, heading up to Gove in the Northern Territory.”

On the social scene, breakfast is a friendly affair at Peppers Resort restaurant. At the Opening Night Welcome, rock band Dr Jack on Pepper’s Deck will kick-start the nightly entertainment, while drinks and a prize giving daily following racing is accompanied by the day’s highlights, made more fun by a running commentary from TV personality Scotty Hillier.

The presentation night buffet dinner at Peppers closes the week, with lots of fun activities in between, including a cocktail night at Townsville Yacht Club. See ‘Social Events’ on the official website for the day by day program.