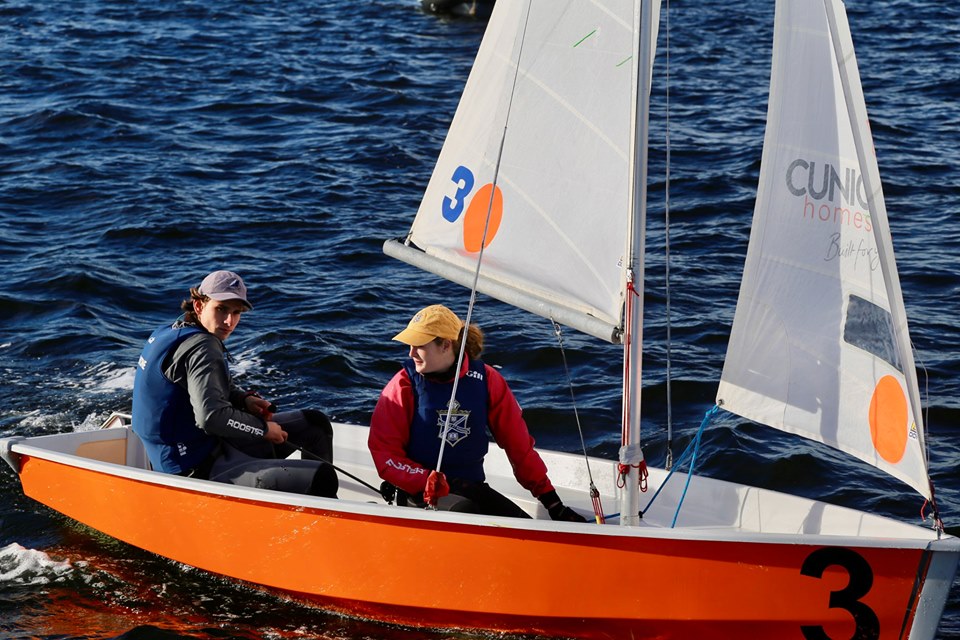 With the top eight of the 24 school teams going into the finals, a dozen schools still have a chance to join the finalists.
Friends School Blue team today maintained its overall lead, adding another four wins as race officer Nick Hutton completed 203 qualifying races for the 24 secondary school teams from around Australia. It was a difficult day for the race management team with the northerly breeze coming and going in strength.

Scots 1 team from Sydney won six races move to within one win of Friends Blue, while Hutchins Gold, also from Hobart, scored only two wins and has dropped to third overall.

Fahan girls school from Hobart had an outstanding day in the light and fickle northerly breeze, winning six races.

This performance lifted Fahan from 20th to 14th overall , bringing them level with Ascham Girls (NSW) in the all-female division.