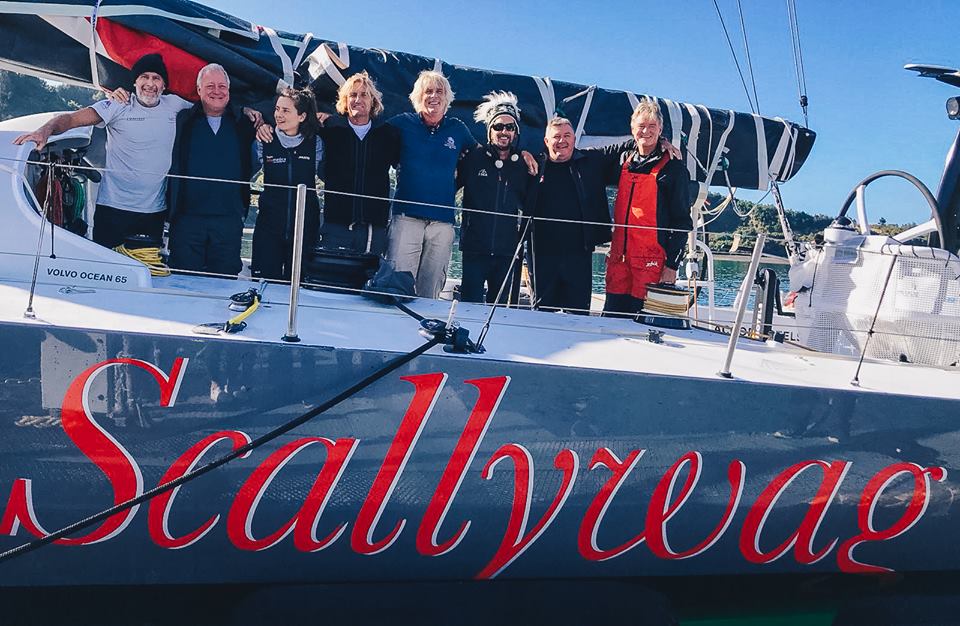 The crew of Scallywag, the yacht that lost a crew member, John Fisher, overboard during the Southern Ocean leg from Auckland to Itajai, has announced that they will continue in the race.

In a Facebook announcement, they said that a delivery crew has been assembled to take the yacht from Chile to Itajai for the start of the leg to Newport, Rhode Island:

The Scallywags aren’t just a sailing team… we are a family with strong bonds who are always there for each other and look after each other, they flew to the end of the Earth at a hour's notice.

The 8 sailors, made up of some of the legends of the sea; Campbell Knox, Douglas Knox, Larry Jamerson, Matt Pearce, Peter Buckley, Peter Goldsworthy, Mary Fontes, and Willy Roberts, are leaving Puerto Montt, Chile, and are heading for the Straight of Magellan, then popping out in the Atlantic, and making a dash for Itajai.

Stay safe, everyone, and thank you for everything! We’ll see you soon.

In another post, skipper David Witt uploaded the following peom:

Scallywags never give up!

When you’re feeling the pain
And you’re sick of the game
But you’re young and you’re brave and you’re bright
You pick yourself up and dust yourself down
Cos it’s the carrying on that’s hard.

Our delivery crew have arrived and we are now in a race against the clock to make the start in Brazil for the next leg. We are all hurt but we are not out!!

Scallywags never ever give up!!

We will make the start we will look after each other we will finish the race and do the best job we can for all Scallywags in John’s memory and honor.

On behalf of all the team I would like to thank all our supporters for all the messages of support it has helped us enormously in this difficult time.