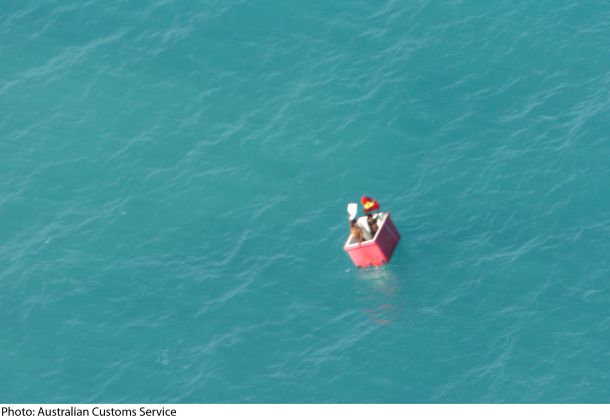 Maritime Executive reports that three organisations have figured out how to utilise satellites more effectively when searching for missing boats or even airplanes.

A space scientist at the University of Leicester in the U.K., in collaboration with the New Zealand Defence Technology Agency and DMC International Imaging, has been trialling a concept for using satellite imagery to significantly improve the chances of locating ships and planes, such as the missing Malaysian flight MH370, lost at sea.

A preliminary study published this month in the International Journal of Remote Sensing, identified 54 satellites with 85 sensors, currently only taking images of land, which could be used to take images of the Earth’s oceans and inland waters.

The research team believes regularly updated images of the seas via these satellites could enable the reduction of search areas for missing ships to just a few hundred square miles. This offers the possibility of dramatically reducing search and rescue times and significantly improving chances of survival for missing ships.

Dr Nigel Bannister from the University’s department of Physics and Astronomy explained: “If you are in the open ocean and you get into difficulty, particularly in a small vessel, there is a significant chance that you will be lost at sea. There is currently a big problem tracking small vessel maritime traffic and this system could provide a much improved awareness of vessel movements across the globe, using technology that already exists.

“This isn’t a surveillance system that monitors vessel movements across the oceans in real time, like radar tracking of aircraft in the sky; instead we have proposed a system which records images every time a satellite passes over specific points of the sea. If we are alerted to a lost vessel, the images allow us to pinpoint its last observed position. This could be very powerful for constraining search areas and it could reduce the time it takes to locate missing boats and planes, and hopefully their crews and passengers.”

David Neyland, former Assistant Director of the US Navy Office of Naval Research-Global, who funded the research, added: “the University of Leicester brought to this research a unique capability to build a public, open source model, of an International Virtual Constellation of spacecraft from 19 nations – a transparent view of space operations never done before.

“Dr Bannister’s critical knowledge and enthusiasm are a driving force to make space-based maritime domain awareness a reality. The University of Leicester’s research is a watershed event encouraging international satellite owners and operators to collect and share open ocean imagery for the common good of enhancing safety of life at sea. The case of the missing Malaysian flight MH370 demonstrates how easy it is to lose a large object, even with today’s technology.”

The team is now testing the concept, working on the automated detection of vessels within imagery provided from the NigeriaSat 2 and UK-DMC2 satellites by DMC International Imaging, and in cooperation with the New Zealand Defence Technology Agency, with the ultimate goal to develop a practical system based on the concept. It is hoped that this system will be active as a maritime monitoring system in a few years’ time as it exploits satellites and technologies which already exist.