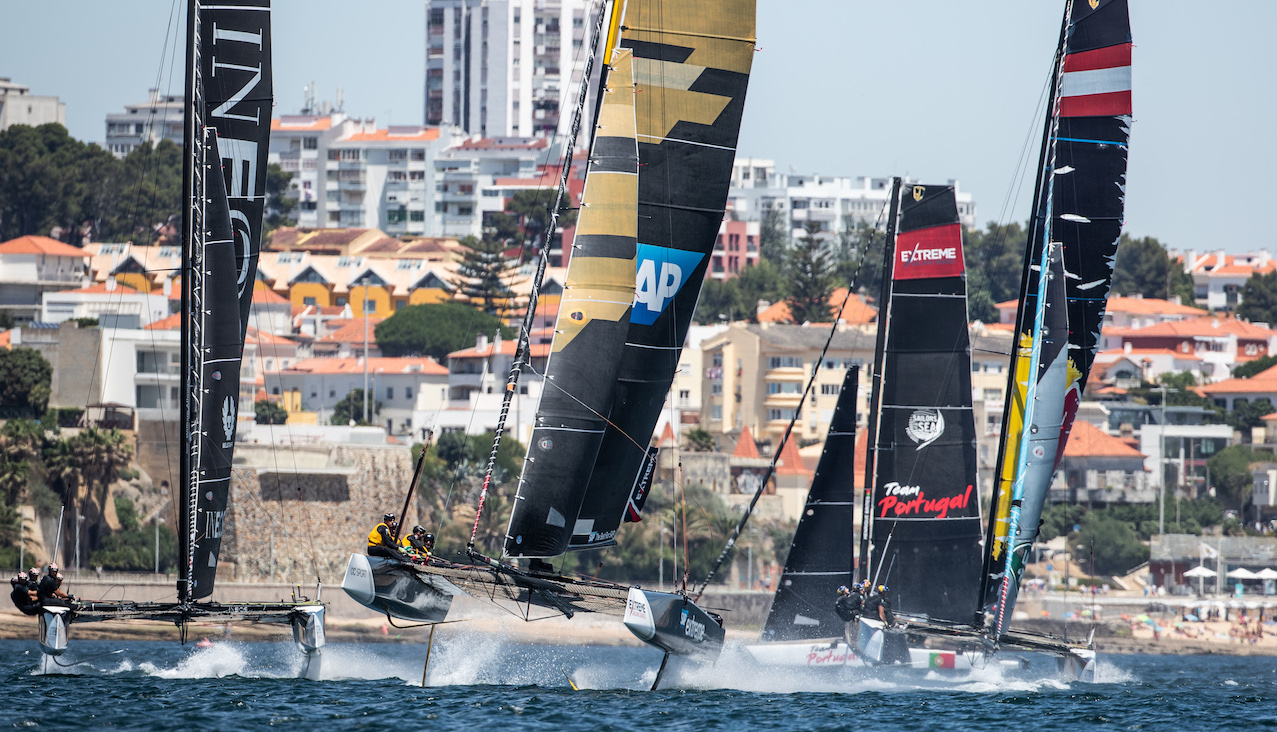 SAP Extreme Sailing Team made history today in Cascais, Portugal, as they smashed the record for the fastest speed ever recorded in the 12 year history of the Extreme Sailing Series.

Shooting straight off the start line, the Danes set a new speed record of 36.4 knots in the first race of the day, only to sail even faster in the race that followed. They clocked a top speed of 37.9 knots in the day’s second race, an insight provided by SAP.

Previously, the record was held by Red Bull Sailing Team when they hit 36 knots in Sydney Harbour, Australia, in 2016.

“That was some intense racing,” he said with a smile as he stepped ashore. “It was really windy and gusty out there, and some of the gusts hit 27 knots. We just need to keep doing what we’re doing; we had a much better day today.”

The Danish squad now has a foot on a very tight podium. Only one point separates each of the three frontrunners – Alinghi, Oman Air and SAP Extreme Sailing Team are in first, second and third respectively.

Whilst SAP Extreme Sailing Team climbed the ranks, Oman Air closed the gap on Act leaders Alinghi. As the points separating the teams lessened, Oman Air’s fighting form went from strength to strength. Finishing the day on a high, the Omani squad closed the second day of the Act with a win.

Despite their absence on the end of day podium, it was all eyes on INEOS Rebels UK for much of the day. Full of promise after a podium finish yesterday, consistent sailing meant they grabbed four second place finishes. Yet their hopes of a repeat outcome were soon dashed, as they hit the windward mark in the penultimate race of the day, causing them to stall on the racecourse and cross the finish line in last place in race 14.

“We got to the top and the wind started doing circles on us,” explained a disappointed Will Alloway, the team’s skipper. “Mark Spearman (mainsail trimmer) managed to cut the mark away, so we did a good job to get free. Overall, we felt like we built on yesterday and did a really good job of coming together as a team.”

Team Portugal too faced the wrath of the Series, as the team was forced to retire from Race 12 when they broke a tack line. A brief stint back in dock saw the boat fixed up, with the young Portuguese crew returning to the course for the final race of the day.

“It was very tough out there,” said the team’s co-skipper and mentor, Luís Brito. “We chose not to use the code zero sail for safety and control of the boat because of the wind. Although we had a problem with our tack line, we managed to return so we’re pretty pleased.”

Over on the Flying Phantom racecourse, Idreva Zephyr Foiling maintained their Act lead by one point over Team France Jeune. It was a good day on the water for local Portuguese team UON, who finished the day on the podium in third.

“The wind was a bit shifty and we had some tough races,” admitted Helder Basilio, crew for UON. “We managed to hold on to our regularity in the results. We’re happy that we can keep third place and extend our lead over fourth place Culture Foil.”

Racing resumes tomorrow on the waters before Clube Naval de Cascais. The Flying Phantoms are scheduled to start sailing at 10:30 UTC+1, with GC32 racing kicking off at 14:00 UTC+1.