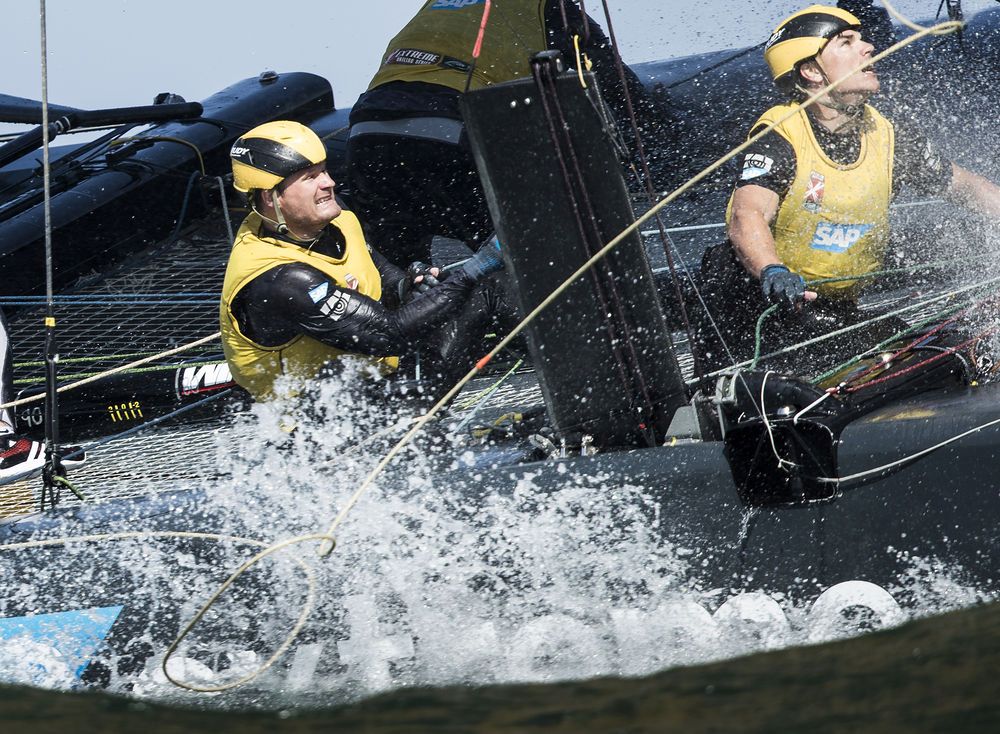 Muscat delivered classic conditions in an electrifying finale to the opening Act of the Extreme Sailing Series that saw SAP Extreme Sailing Team become the first winners of 2017.

The action was nothing short of spectacular as the fleet of foiling GC32 catamarans flew round Muscat's stadium racecourse off Almouj Golf.

With boat speeds hitting upwards of 31 knots the crews were pushed to the limit as they fought to tame their bucking GC32s over six nail-biting races.

It is the first Act win for SAP Extreme Sailing Team since May 2015 when they took the top spot in Qingdao, China.

“It was a great day and a fantastic achievement for the team,” co-skipper Rasmus Køstner said. “We knew we were in the lead going into the last race and we really wanted to win the Act.

“It was full-on racing and we had to fight until the last race but it was fantastic to cross the finish line winning the regatta. It's been a little while since we've won but it's nice to be back on the top of the leaderboard.”

Alinghi needed to beat Oman Air with a boat in between them to leapfrog them on the scoreboard and they did just that, as Tawera Racing overtook Phil Robertson's home team at the last minute.

“This is a really good start to the season for us,” said Alinghi helmsman Arnaud Psarofaghis. “I'm a little disappointed about how I sailed this week, it wasn't at the best level, but every day we caught up a little bit and we ended up with second which is good. The crew did a fantastic job and I just need to be a little bit better next time.”

Oman Air skipper Robertson, who replaces Morgan Larson this season, said he was disappointed to have been knocked off the runner-up spot in the last race but that his new-look crew had much to take from the Act.

“We were in some strong positions today and just managed to slip in the last race which is a bit of a shame, but that's yacht racing and it's what we've got to get better at,” he said.

Austrian crew Red Bull Sailing Team had to settle for fourth place ahead of Team Tilt and Team ENGIE in fifth and sixth respectively.

Despite finishing at the bottom of the table NZL Sailing Team were awarded the Zhik Trophy for the fastest boat speed in the Act after they notched up an incredible 31 knots on the penultimate race today.

You can replay the live from day three and four on the official Facebook and YouTube channels.