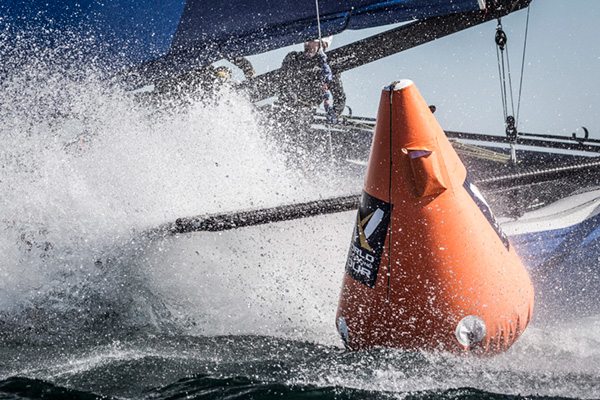 Racing high performance M32 catamarans, conditions on the race course off Copenhagen over the three days were challenging with very variable winds that required numerous course changes. Nonetheless the six competitors had succeeded in completing four round robins, or 20 races apiece by the close of play today.

Coming out on top was young Swede Nicklas Dackhammar and his Dackhammar Racing crew, who were the class act of the event, finishing clear ahead with 16 wins.

Behind Dackhamar was Australian young hot shot Sam Gilmour, son of America’s Cup helmsman Peter, and his Neptune Racing. They ended up on 12.5 points, just a half point ahead of Swede Hans Wallén, the Star silver medallist from the 1996 Olympic Games in Atlanta and his Wallén Racing team.

Sadly, those not making the grade, and finishing in the bottom half of the leaderboard were reigning Melges 24 World Champion Chris Rast from Switzerland and his EFG Sailing team on 8.5 points. Rast was just ahead of Swede Patrik Sturesson with former Women’s Match Racing World Champion and London 2012 contender Anna Östling, also from Sweden, bringing up the rear on 1.5 points. The races Östling claims were against the top two skippers, Gilmour and Dackhammar.

Half points were deducted following collisions during racing.