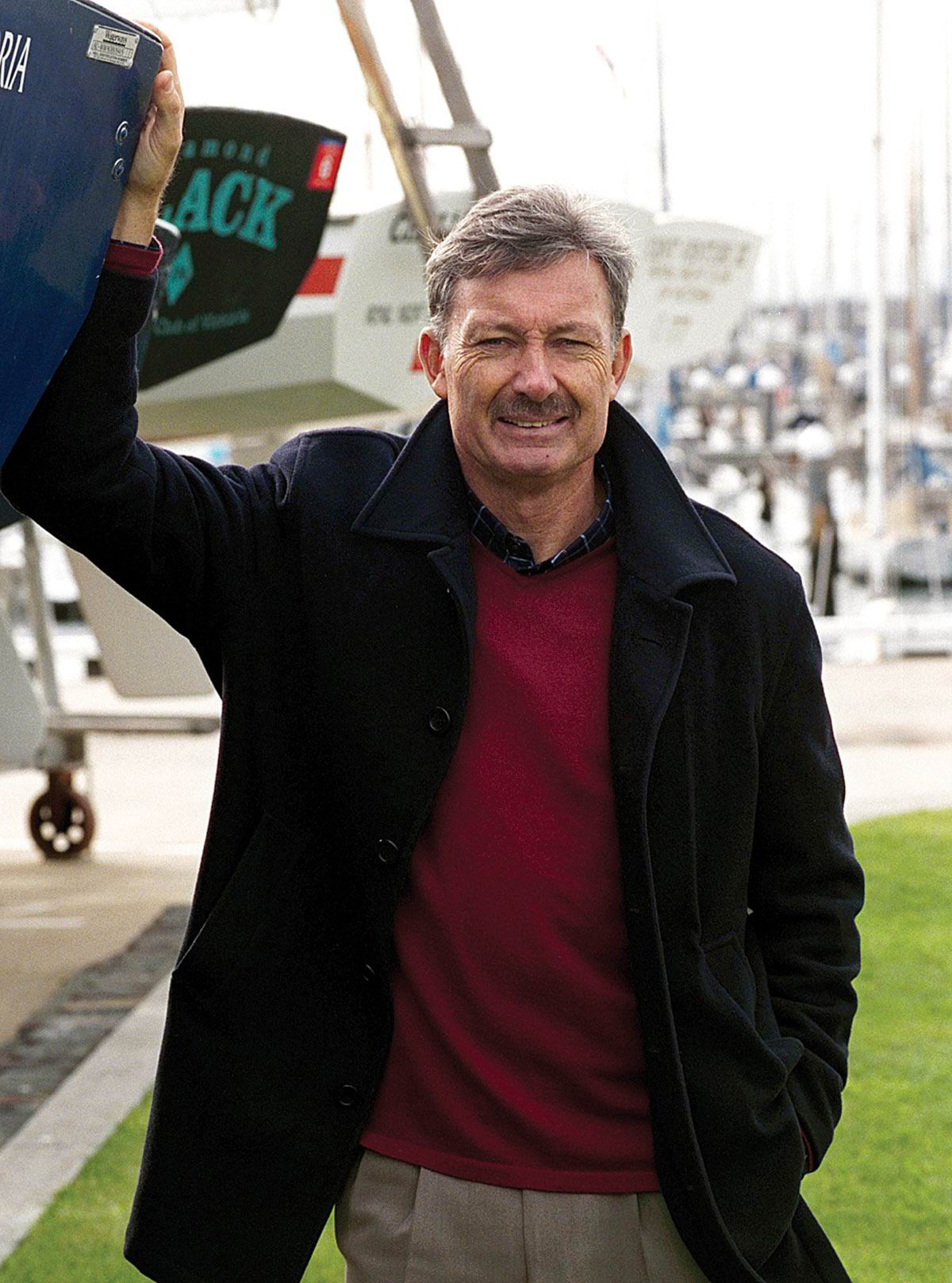 One of Australia’s best-known sailors, John Bertrand AM has been honoured as an Officer (AO) in the General Division of the Order of Australia.

Widely recognised for his success as the skipper of “Australia II” in the America’s Cup in 1983, John has had a long and successful association with sailing in Australia and internationally, raising the profile of our sport and displaying great sportsmanship over many years.

John is a dual Olympian (1972, 1976), winning a bronze medal in Montreal in 1976, world champion sailor and has represented Australia in five America’s Cup campaigns.  John has detailed knowledge of elite sailing and has made a significant contribution to the Australian Sailing Team as a member of the High Performance Advisory Group for six years and Chairman of the Australian Olympic Sailing Team Nominations Panel for the Beijing 2008 and London 2012 Olympics.  In these roles, he has utilised his vast experience gained in Australia and internationally and acted in the best interests of the Australian Sailing Team.

Inducted into The Sport Australia Hall of Fame in 1985 as an Athlete Member, he was elected to “Legend of Australian Sport” in 2013, recognised for his contribution to sailing by his peers across the Australian sporting landscape.  Locally he has been a member of Royal Brighton Yacht Club and Sorrento Sailing Couta Boat Club for several decades.  He is an active participant in the Etchells Class, competing at the highest levels, taking out the Australian National Championship eight times since 1990/91, most recently in 2013/14 and 2014/15.

Australian Sailing President Matt Allen said today, “Everyone knows John as the skipper of Australia II and remembers his achievements in 1983 in that remarkable America’s Cup Challenge.

“Lesser known is the tremendous amount of work John has contributed since then including his role as Chairman of the Sport Australia Hall of Fame and President of Swimming Australia, as well as his involvement with a number of charitable organisations.

Gordon Ingate receives a Medal (OAM) of the Order of Australia in the General Division for services to sailing.

Gordon has an enormously long sailing history both in Australia and internationally, having sailed for more than 75 years and has proudly represented his country in some of the most prestigious international events.

Governor of the Sydney Heritage Fleet since 2000 and long-time member of Cruising Yacht Club of Australia, Royal Sydney Yacht Squadron, New York Yacht Club and past member of Sydney Amateur Sailing Club, he is still an active and competitive sailor and recently celebrated his 90th birthday.  In 2015, he won the Australian Championship for the International Dragon Class at age 88, following on from his win in the same Class in 2008.

In Australia’s first Admiral’s Cup international teams’ event at Cowes in 1965, he skippered his ocean racer Caprice of Huon, finishing second behind Britain.  In 1972, he represented Australia in the Tempest class at the Olympic Games and at home, he finished a close second in the Sydney Hobart Yacht Race the same year.  In 1977, he initiated an America’s Cup challenge with Gretel II at Newport Rhode Island, eliminated in the challenger trails by Sweden.  Gretel II was gifted by Gordon to the Sydney Heritage Fleet in the late ‘80s.

Australian Sailing President Matt Allen said, “Gordon has had a huge influence over so many decades and classes, and is well respected for his efforts both at home and internationally, including the Admiral’s Cup, America’s Cup and Olympic Games.”

“He’s a great character and personality in the sport, well known across the world and as he recently celebrated his 90th birthday and is still winning and competing, he’s an inspiration for all of us and truly signifies this is a sport for life!” Matt added.

Robert Silberberg has been recognised with a Medal (OAM) of the Order of Australia in the General Division for services to sailing.

A long term sailing administrator and well known in Tasmania, Bob has been a member of Port Dalrymple Yacht Club since 1966, was Commodore and Vice Commodore during the 1980s and 1990s and has held many Committee positions with the Club.

Matt Allen, Australian Sailing President commented today, “Bob has played an active role in sailing in Tasmania for many decades and has shown a great commitment to his fellow sailors by growing the sport in the north of Tasmania.

“He was instrumental in getting Sailability started in Tasmania in the mid 1990s, and was President and an Instructor for more than 15 years.  Bob served many roles with Yachting Tasmania and previously Tasmanian Yachting Association including Northern Vice President and Honorary Executive Officer over a period of more than 20 years and we are grateful for his contribution and congratulate him on his achievement,” Matt said.

Bob is also recognised for his knowledge of the Tamar River and has been involved locally with the Royal Volunteer Coastal Patrol and contributed to the conversion of two Tall Ships.

Michael Chapman has been awarded a Medal (OAM) of the Order of Australia in the General Division for services to sailing; and to maritime organisations.

Michael has been involved with maritime organisations for many years including President of the Boat Owners Association of NSW from 1999-2011 and in 2011 was acknowledged as a Life Member.

He was Managing Director of the NSW Waterways Authority (now NSW Maritime) in the early 1990s and served as a Member, Committee Member and General Counsel for a number of Maritime organisations in New South Wales from the early 1990s until recently.

The 1972 Interdominion 12ft Skiff Champion, Michael continued on to 18ft skiffs and has been involved with 420’s, 470’s and Sabots and a strong supporter of youth and school sailing for many years.

Currently, Michael is the Vice Commodore of the Historical 10 Foot Skiffs and also the Australian Historical Sailing Skiff Association.

Australian Sailing President Matt Allen said today, “Michael has been an active sailor for several decades, member of a number of Clubs in Sydney and is well-known and highly regarded within maritime and legal circles in New South Wales.  From racing skiffs over many years, he ensures the legacy of the Skiffs continue by his engagement with a number of historical Associations.

“We extend our congratulations to Michael on this honour and the recognition of his expertise and knowledge that he has so willingly shared with many organisations and individuals.  Many clubs, classes and associations have benefited from his involvement and we thank him for his contribution,” Matt added.