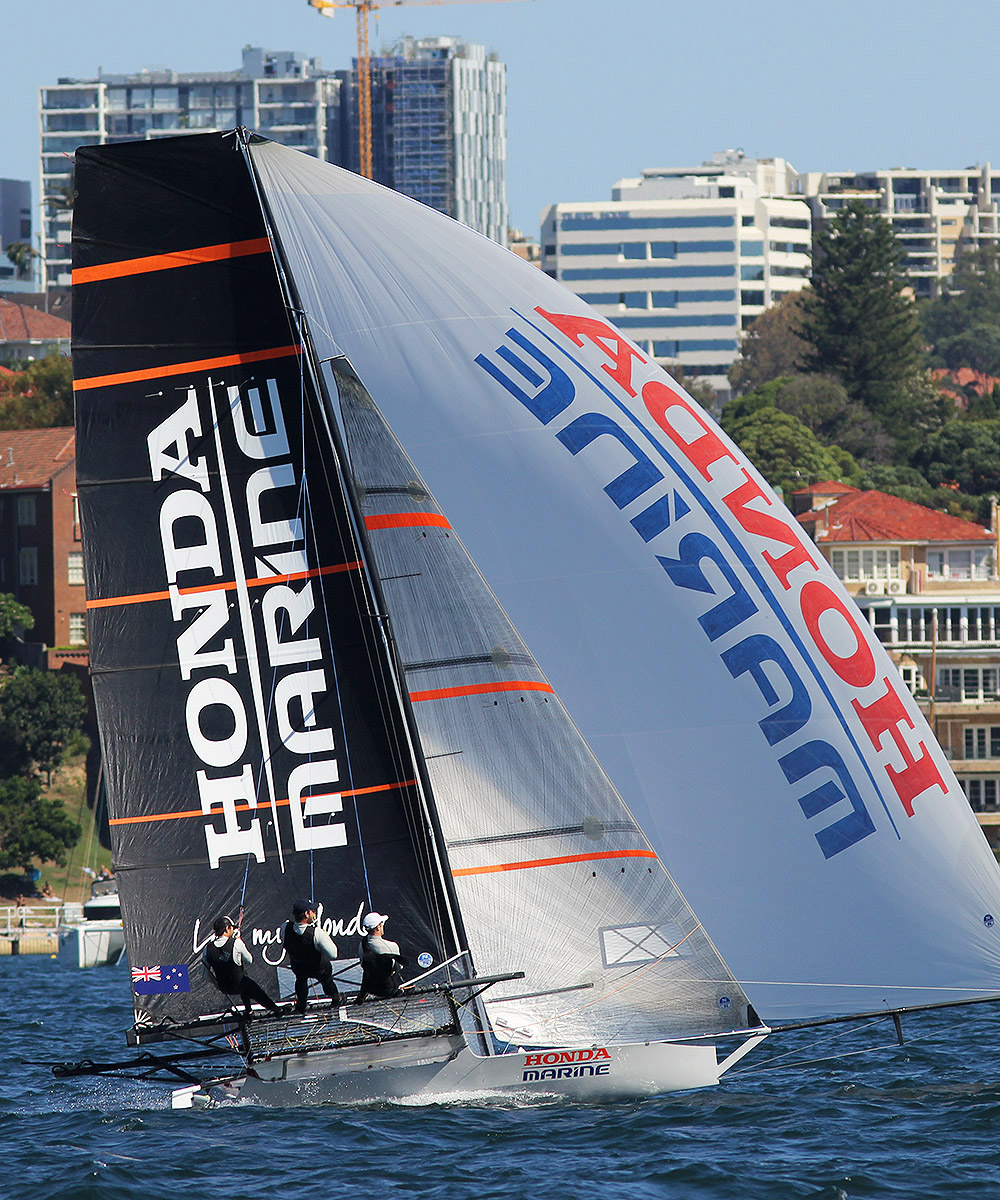 A New Zealand crew won the JJ Giltinans this year for the first time in 44 years, considered the world championships of 18-foot skiff racing, when the Honda Marine team of Dave McDiarmid, Matt Steven and Brad Collins finished only one point ahead of fellow Kiwis Josh Porebski, Jack Simpson and Dave Hazard on Maersk Line.

The Maersk Line crew came into the event with little 18 foot skiff experience but showed the benefit of racing 49ers to a high level – Porebski is part of Yachting New Zealand's Olympic development squad and Simpson has previously won a World Cup regatta.

Erica Dawson, who has had stints on the international 49erFX circuit and was a member of the New Zealand Women’s Match Racing team who competed in June's Women's International Match Racing Series in Helskini., took the helm of Maersk Line for this year's Anzac championhips.

Now the Auckland Sailing Club and Royal Akarana Yacht Club are looking for more talented sailors to join the fun.

Auditions will be held over the next few weeks to find talented crew to join the ASC Skiff League and ultimately compete in the JJ Giltinan Championship in Sydney (approx dates, early March 2019).

Here is what they are looking for:

Age: 18 or over
Weight: 80-100kg
Gender: Doesn’t matter
Experience: Must be extremely competent on trapeze
Commitment: This isn’t just a weekend sailing hookup. This is a big commitment and you must be able to travel to the 2019 JJ Giltinan Championship in Sydney (approx dates, early March 2019). You will need to cover your own travel/accomodation to Sydney. Sails, boat gear etc is covered.
Location: Royal Akarana Yacht Club / ASC Skiff League, Auckland. It will be a requirement to join the Royal Akarana Yacht Club.

For more information, and to apply, see here.