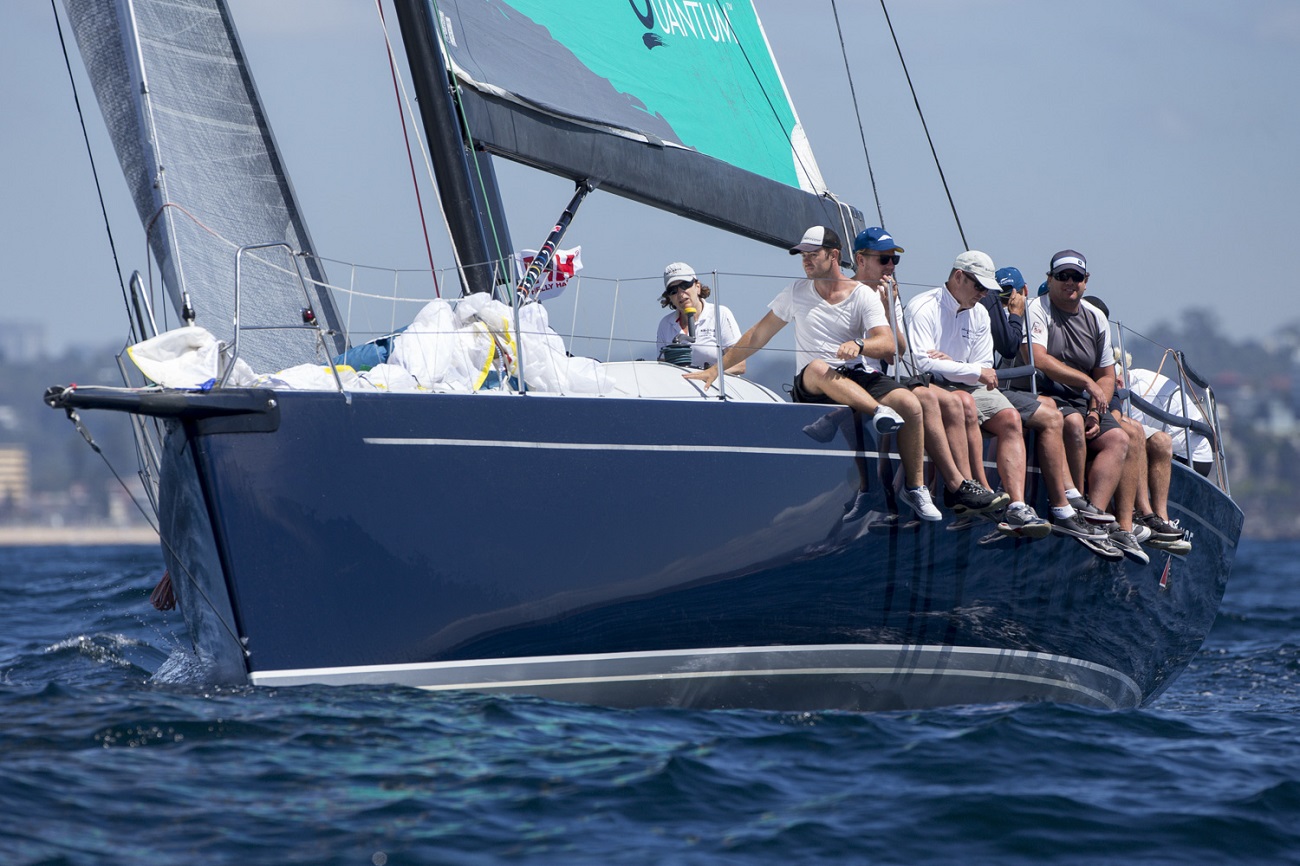 With so many now in the country, Marcus Blackmore has confirmed a TP52 circuit for Australia, starting in November.

“The owners have talked and we’re going to start with three – one in Sydney, one in Pittwater and one in Newcastle – the guys are fans of Newcastle and the Newcastle Cruising Yacht Club,” Blackmore said.

A proponent of one-design racing, and the owner of the TP52 Hooligan, a two year-old European champion when raced there as Azzurra, the vitamins leader says, “We’ll be able to have really good racing.”

Recognizant of the disparate ages and purposes between the boats, Blackmore says there will a trophy reflecting an age allowance.

Most TP52s arrived in Australia, mainly via Europe where they competed on the TP52 regatta circuit.

Some, such as Ragamuffin (second overall in the 2007 Sydney Hobart, fourth in 2008, third in 2011 and second in 2015 until penalised for a start incident) and Quest/ Balance (won the Sydney Hobart in 2008 and 2015, then finished second last year) were beefed up for offshore racing, diminishing their round the buoys capacity somewhat.

Others have undergone less drastic modifications in efforts to be good all-round, such as Koa. Any Kearnan and Peter Wrigley’s boat took the treble in the 2017 Flinders Islet Race, breaking Loki’s seven year-old record. Peter Hickson’s M3 has been successful in WA with many a line honours and overall victory and the same can be said of Geoff Boettcher and his Secret Mens Business in South Australia.

Matt Allen is the first Australian to have a TP52 built. Offshore racing capabilities were at the forefront of Ichi Ban’s design and shortly after launching, she won the 2017 Rolex Sydney Hobart. She also won Division 1 of the 2018 Australian Yachting Championship, finished second overall in the Noakes Sydney Gold Coast Yacht Race and won IRC at Airlie Beach Race Week.and

Hooligan, brought to Australia by Marcus Blackmore last year after being anointed TP52 Super Series champion, is proving her worth. She won the Sydney Harbour Regatta, finishing second to Ichi Ban at Airlie Beach Race Week. The stoush continued at Hamilton Island, with Hooligan firing on all cylinders to win Division 1 from her nemesis.

Below are the possible contenders in age order:

Who knows, Karl Kwok might bring his all-conquering 2015 built Beau Geste back to Australia again to take on the locals, while Derucci is Chinese owned but had spent considerable time in Australia in efforts to match the locals.