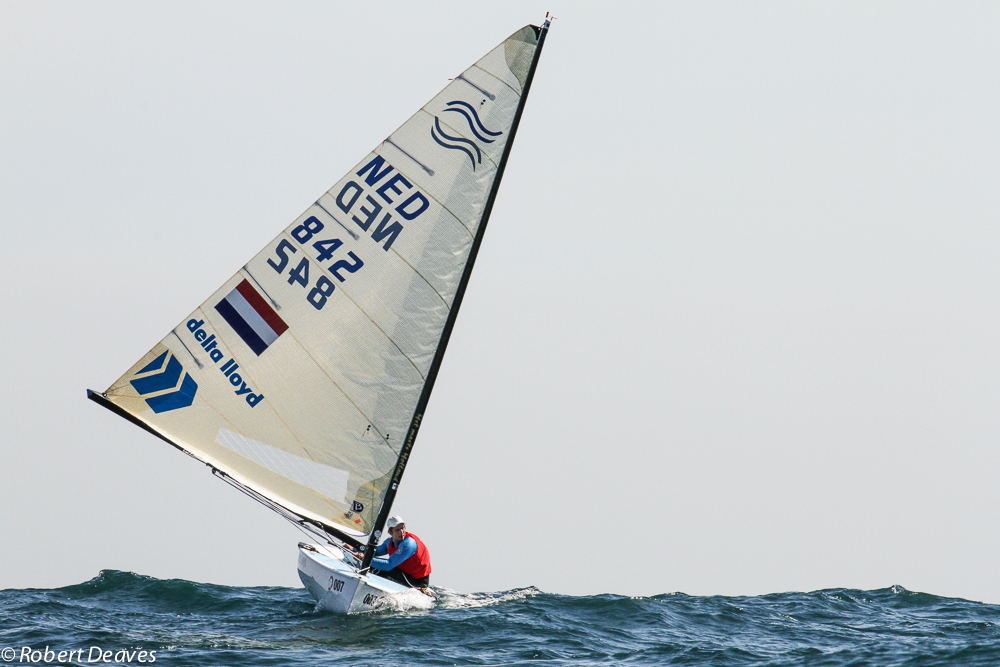 The 2017 Finn Senior and U23 European Championships opens in the French Mediterranean port city of Marseille this weekend. Shared with the RS-X Europeans, the events were designed to showcase the potential of Marseille as the preferred Olympic sailing venue should Paris win the right to host the 2024 Olympic Games.

The Finn class voted in 2015 to hold its 2017 European Championships here and is looking forward to its first major championship in these waters.

Coming straight after the World Cup Series event in Hyères last week, some of the form for the coming week should be easy to predict, but the fleet is more than double the size with 65 sailors from 26 countries on the pre-entry list.

The host club is the Yachting Club de la Pointe Rouge, though the sailing base is about 4 km to the north of the club at Stade Nautique du Roucas Blanc.

The outright winner in Hyeres, Alican Kaynar, from Turkey, will be full of confidence after winning his first major event last week. He showed exceptional speed and great decisions on a very tricky course, so will be keen to show that he can repeat this performance.

Likewise new Finn convert, Nicholas Heiner from the Netherlands is gaining confidence at only his fifth regatta since he stepped into the boat towards the end of 2016. The son of the 1996 Olympic bronze medalist Roy Heiner, he is not only keen to follow in his father’s footsteps but also to exceed his achievements. His start in the class has been exceptional so far, but as a former Laser World Champion, he knows his way around the race course.

The home fleet will be led by the bronze medalist in Hyères, and the 2012 Olympic bronze medalist, Jonathan Lobert, who has just started his third full campaign.  Although he is still in recovery for knee surgery earlier this year he is proving as dangerous as ever, however also in the wings is the younger, and hungry, Fabian Pic, who is making huge progress and will push Lobert hard going towards 2020 selection. Eight years younger than Lobert, Pic was putting together a great series in Hyères until a few slip-ups mid series.

The ever-strong British team will be headed by 2010 world champion Ed Wright and Ben Cornish, both of who are more than capable of podium finishes. Wright, who is one of only two previous European champions competing next week, has just announced his intention to campaign or Tokyo, his fourth attempt to realize his Olympic dream, and one that has been previously dashed by the likes of Ben Ainslie and then Giles Scott. With Scott's future Finn plans still uncertain due to America's cup commitments, Wright may finally achieve his goal. Based on his performance last week in Hyères he is as fast and determined as ever. If Marseille lives up to expectations he will be hard to beat. Cornish, 14 years younger, is starting to hit the front of the fleet more frequently and threatens a win sooner or later.

There are less of the 'old guard' sailing this year than in previous seasons with nine sailors who were in Rio and only five who were in London. The young guys are starting to take over and it will be interesting who emerges as the leaders of this group. One of the more exciting young sailors is Facundo Olezza from Argentina. Still focused on training at Luca Devoti's Dinghy Academy in Valencia, he exceeded all expectations in Rio by winning two races and making the medal race.

Hungarian, Zsombor Berecz, is another sailor who could hit the big time this year. Runner-up at last year’s Europeans in Barcelona he has sailed well in individual races since but has yet to manage to put together a complete series at a major event since, finishing a frustrating 12th in Rio, after holding a medal position earlier in the regatta.

Winner in Palma, Max Salminen, from Sweden, will also be one to watch next week. Also disappointed with his performance in Rio, he has refocused and won four races in a row to snatch the title in Palma. Last years bronze medalist Milan Vujasinovic is also back for his first major regatta since losing the Croatian Olympic trials in May last year. He is up against two fast and younger guys, Nenad Bugarin and Josip Olujic, who have both put in great performances in the past year.

Ioannis Mitakis, from Greece, is the only other sailor here apart from Wright to have claimed a European title. He won in light winds in 2012, and simnce an 11th place in Rio has not sailed a major regatta since placing but he can always surprise, so also one to keep an eye on.

Other names to watch for include Deniss Karpak from Estonia, Tapio NIrkko from Finland, Tom Ramshaw from Canada and Poland's Piotr Kula. With a new boat and new enthusiasm Kula putting together some great races, with only two results outside the top 10 in Hyères, he is sailing as well as he has done since he placed sixth at the 2012 Finn Gold Cup.

Likewise, Norwegian Anders Pederson is finding the front of the fleet more often than not and it feels like only a matter of time before he will make a major breakthrough. His turning point came in 2014 when he won the Junior worlds and later qualified Norway for Rio with a great performance at the ISAF Sailing World Championships in Santander. Like several of the other young guys he is taking an easy year to focus on his studies but his progress should see him starting to win major events medals in the coming three years.

From an U23 perspective, numbers are down on previous years with last years strong group now too old to compete. The 2015 Junior World Champion, Ondra Teply, from the Czech Republic must be the favourite, but he will still have some strong opposition from the fleet.

Format
Following the format trial in Palma this year, the 'medal races' will be a slight modification, with three boats from the opening series fast tracked to the final. The next seven boats will sail the semi-final, with the top two going through to the winner takes all five boat final. All boats will sail the 10 race opening series from Monday 8 May to Saturday 13 May before the finals on Saturday afternoon. The championships open on Friday 5th May with the practice race on Sunday 7 May.

Because of this continuation of the format trials, the survey the class was intending to carry out will be done after the Europeans has concluded so respondents can compare the two different formats alongside the traditional medal race from Hyères. The results of the survey will be published as soon as possible after that.