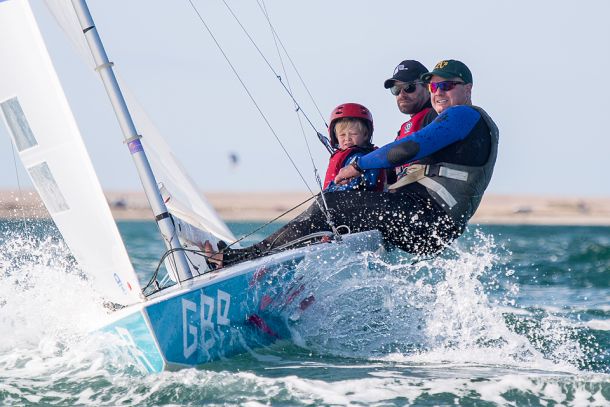 'Bart’s Bash', the global sailing event in aid of the Andrew Simpson Sailing Foundation, has launched participant sign up with the help of some of the world’s best in the sport of sailing.

Sailors including Sir Robin- Knox-Johnston, Sir Ben Ainslie, Tom Slingsby and Shirley Robertson OBE feature in a short film which aims to encourage sailors and non-sailors from across the world to take to the water on 20 September 2015.

This is the second time the sailing event will take place. Bart’s Bash was conceived in 2014 as a participation event in memory of Andrew “Bart” Simpson. It grew beyond all expectations with over 30700 people taking part in the event across more than 50 countries and raised over £360,000 for the charity started in Bart’s name. In January 2015 Bart’s Bash was named officially the largest sailing race in the world by Guinness World Records.

The aim of the 2015 campaign is to increase participation even further across the world with the ultimate goal of becoming the world’s biggest sporting event. Any sailing clubs, community sailing programmes, sail training centres, yacht clubs, scout groups, sea cadets and even groups of sailors globally can hold a Bart’s Bash race.

With an aim to make Bart’s Bash the biggest sporting event in the world the team have introduced 'Bart’s Buddies' to the event. This is a great opportunity for those who already sail to introduce friends, family and work colleagues to the sport and to give them an unforgettable experience on the water.

Another concept added by the team is the Bart’s Bash Buoy race. This is possibly the easiest way to get lots of people on the water and involved in the event, without the need of a set start time, start line, complex course and the full racing management ,venues can run a simple 'race' from the shore to a mark (Bart’s Buoy) and back to shore.

ASSF Trustee Iain Percy OBE said “last year was an incredible event so this year we have decided to do it all over again. This time we want to get even more people on the water so we have introduced Bart’s Buddies. We have all promised our friends and family to take them sailing one day so why not this day, a day where we can have fun together and remember Bart whilst doing so. Now that the sign up process is live I urge and encourage everyone to sign up to take part and be a part of this ground breaking event”

Bart’s Bash is one of the valuable fund raising events for the Andrew Simpson Sailing Foundation, allowing it to facilitate a range of sustainable projects, using sailing to transform the lives of children and young people globally.