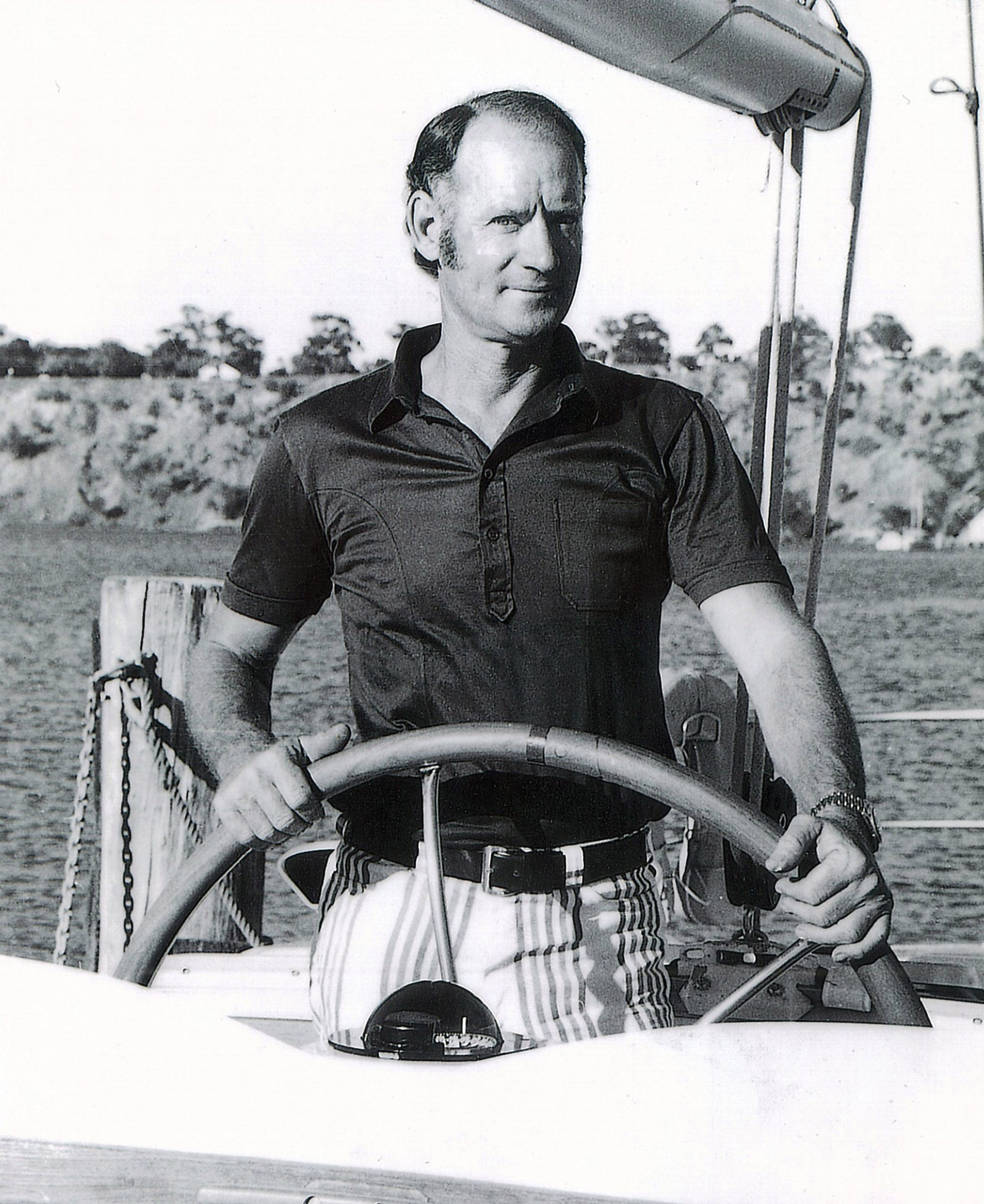 Australia’s first Olympic Sailing medallist and the first Australian to win a Sailing World Championship, Rolly Tasker AM (1926 – 2012) will be inducted into the Australian Sailing Hall of Fame tomorrow.

A highly regarded and successful ocean racer, Tasker also built one of the world’s most successful yachting businesses.

“In addition to his Olympic and World Championship success, Rolly Tasker was a highly respected ocean racer who covered more distance than to the moon and backover his sailing career.He is a true icon of Australian sailing and a sailing industry leader,” said the Australian Sailing Hall of Fame Selection Panel on announcing Tasker’s induction.

At the 1956 Melbourne Olympic Games, Tasker won Australia's first ever Olympic sailing medal when he and Malcolm (Huck) Scott won a silver medal in their 12m2 Sharpie. In his long racing career, Tasker won an incredible ten national championships, across the 12m2, the Flying Dutchman and the B Class Catamaran.  In 1958 he was the first Australian to win a sailing world championship when he won the Flying Dutchman World Championship.  He followed this up with a world title in the B Class Catamaran in 1966.

In 1967 Tasker built his first ocean racing yacht, Siska, and his love affair with offshore racing began.  Between 1969 and 1985 Tasker dominated ocean racing in Western Australia and beyond, with his five personally-built yachts, all called Siska.  His offshore racing biography encompasses a range of races across many continents, from the Iberia Ocean Race to the Fremantle to Albany race.  Tasker was a well-known and highly regarded figure on the offshore racing circuit.

In more than sixty years of competition and more than 2000 races, Rolly Tasker never lost a yacht, a crew or a rig, or retired from gear failure.  He was a consummate professional and always the first to lend a hand to others, taking time to help young sailors with advice and setting up their boats.

The Western Australian sailor won numerous ocean racing events, including first place in the Queen Victoria Cup raced in the waters off Cowes in England.  He also won first place in the A division during the disastrous 1979 Fastnet Race, when 19 crew members of other yachts lost their lives. He also won many long distance ocean races, one being the 1979 Parmela Yacht Race from Plymouth, England to Fremantle, Australia.

Rolly Tasker’s sailing records include the 1978 Sydney to Hobart when Siska IV was denied official starter status on a technicality. However Tasker sailed the course starting five minutes ahead of the fleet and finished an amazing 20 hours ahead of Official Line Honours winner Apollo.

In addition to his racing credentials, Tasker was also a highly regarded businessman, building one of the world’s largest yachting businesses that included sail making, spar making, rigging and rope making, yacht design and yacht fittings.  His personal knowledge of all things sailing gave him the insight to develop and create some of the most innovative and revered sailing products across the globe.  His innovations in design and manufacturing techniques earned him a world-wide reputation for quality.

Tasker established one of the world’s largest sail lofts in Thailand, employing over 300 locals after the devastation of the Thai Tsunami.

The veteran sailor’s passion for promoting the sport extended to the establishment of a Yachting Museum in Mandurah called the Australian Sailing Museum.  The museum showcased the history of Yachting in Australia.  Sadly with Rolly Tasker’s death in 2012 the museum closed, however the extensive model collection and other memorabilia has been donated to the Western Australian Maritime Museum.

Rolly Tasker’s lifelong contribution to yachting was acknowledged in 2006 when he became a member of the Order of Australia with the citation reading “for services to sailing as a sailmaker, yacht designer and builder, as a competitive yachtsman and to maritime related cultural institutions.”

Seven ‘Hall of Famers’ will be inducted at the inaugural Australian Sailing Hall of Fame induction ceremony on Friday 3 November at the Hyatt Regency, Sydney.