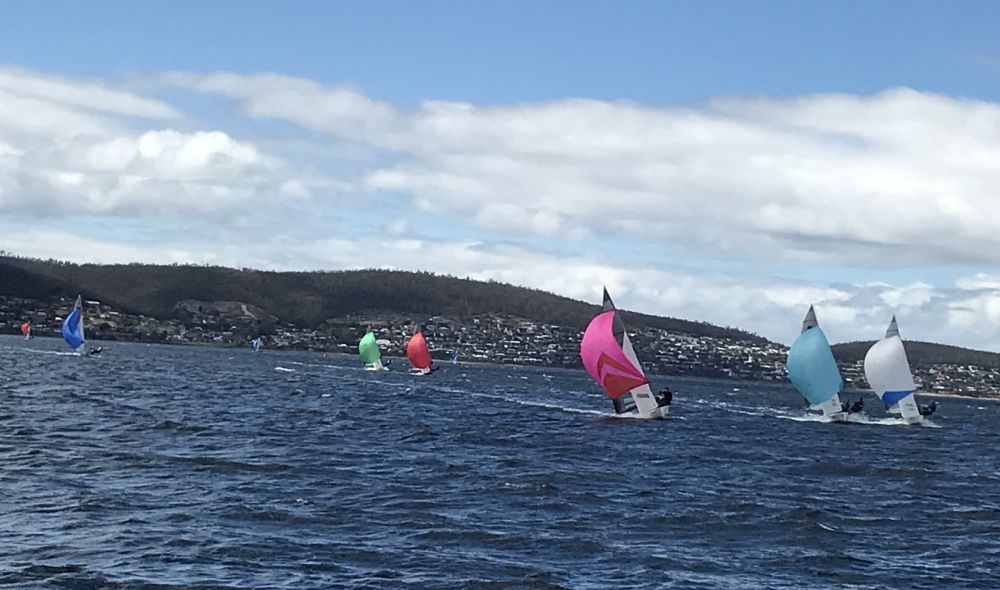 Sailing history was made on the River Derwent today as crews and individual sailors raced for their Tasmanian championships in International Dragons, Sharpies and Lasers.

For the first time a woman, Kirsty Salter, won the Tasmanian championship for the Sharpie class.

Champion Nick Rogers won yet another State championship in the International Dragons, this time with an unprecedented eight straight wins.

Kirsty Salter, with her crew of husband Julian Salter and his uncle Stephen Salter, sailed Gun Smoke to win four of the six races conducted over the weekend by the Royal Yacht Club of Tasmania, placing second in the other two.

Nick Rogers, the current World Corinthian and Masters and Australian champion in the classic Dragon class outsailed a small but competitive fleet in the 2020 Tasmanian championship, winning all eight races in Karabos IX.

The RYCT also ran the State championships for the International Laser class over the weekend, with Sam King winning the Laser Standards, Tony Tate the Laser Radials and Daniel Maree the Laser 4.7s.