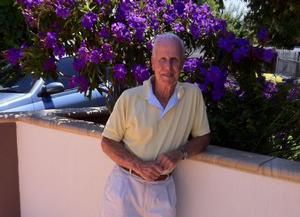 Australian Sailing wishes to congratulate members of the sailing community who have been recognised for outstanding service and achievements in the 2018 Queen’s Birthday Honours.

Bell was recognised “for service to charitable organisations, and to sailing”. The profile of sailing in Australia and the high standing of the Australian Sailing Team in recent years owes much to the Patrons Programme and Anthony’s commitment as a competitor, facilitator and patron.

While we have admired Anthony’s on-water successes – particularly twice as winning skipper in the Sydney To Hobart Yacht Race – we are thankful for his voluntary work as the Australian Sailing Team’s Chief Patron.

In this crucial role since May 2016, Anthony has carried on the legacy of his predecessor John Calvert-Jones AM, whose leadership played a key role in the Team’s haul of three gold medals and one silver medal at the 2012 London Olympic Games.

“The value of Anthony’s work in facilitating private funding for our elite athletes – not to mention his personal contribution to our resources – cannot be overstated,” Australian Sailing President Matt Allen said. “While I have enjoyed dueling with Anthony numerous times down the coast to Hobart, I’m glad to call him a teammate in our efforts to bring Australia more success in sailing on the world stage.”

Since Sydney 2000, sailing has been Australia’s second-most successful Olympic sport. However, as international competition intensifies and revenue streams in non-media sports remain an ongoing challenge, the Patrons Programme and support of the Australian Government are paramount for sailing’s continued success, especially in the lead up to Tokyo in 2020.

John Cuneo was awarded his OAM “for service to sailing”. At the 1972 Olympic Games in Munich, John won an Olympic gold medal with crewmates in the Dragon class. He competed in the 1974 America’s Cup and was inducted into the Sport Australian Hall of Fame in 1986.

Australian Sailing is delighted about their well-deserved recognition.