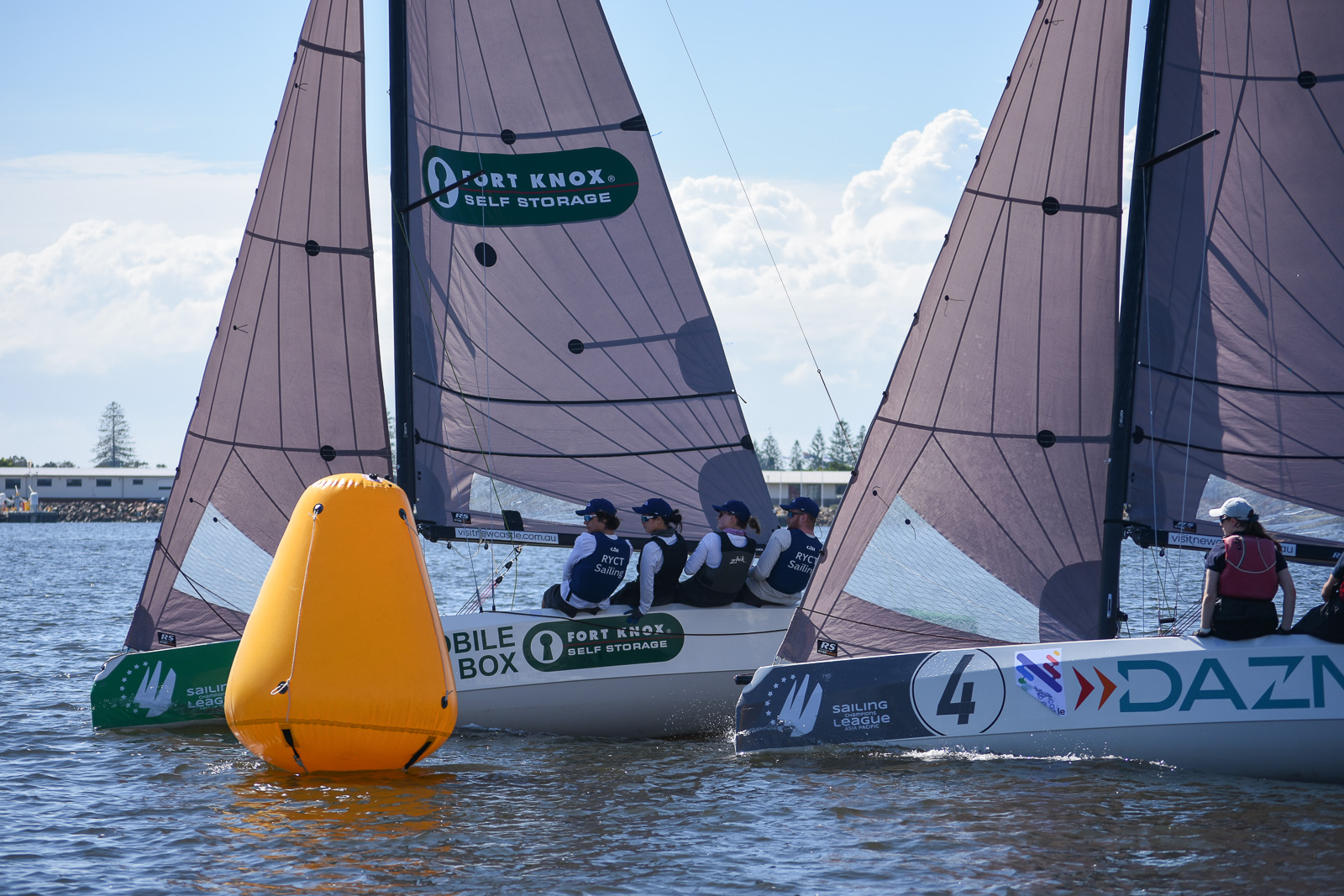 The title of best sailing club in Australia for 2021 is less than 24 hours from being awarded and the same young Tasmanian and Sydney teams that were on top on day one sit at the top of the points table after day two of the Sailing Champions League Asia Pacific Final.

Robinson took time out between rounds on Saturday to talk about his cracker NCYC team: “I got a late call, so I grabbed Mick [Babbage], who I race against in the 505s, then a few phone calls later I’d organised Haylee [Outteridge] and Claire [Costanzo]. They are obviously fantastic sailors; I feel like I’m the weak link.

“We are really enjoying the sailing at Newcastle; it’s not about the results, it’s about getting the team together and if we are good enough, we’ll be there at the end.”

Among a majority of sailors aged 20 something, Robinson is holding his own: “When we train on the 505, we can be out for eight hours, so this schedule of 24 races a day is no problem.”

“The venue is definitely different to Mornington where we had the qualifier, it was wavy and consistent breeze and here it’s super shifty,” Harding said. She is reluctant to nominate the four teams likely to be left standing after the qualifying series, adding “Everyone seems to be up and down so it’s anyone’s game.”

Sunday morning’s two remaining rounds will determine the top four clubs for the final series. The overall winner of the qualifying series carries one point to the first-to-two wins final, which is shaping up as a thriller given the forecast for a fresh west/sotuth-westerly breeze.

From midday on Sunday, the action will be broadcast live via the SCL Asia Pacific Facebook page.