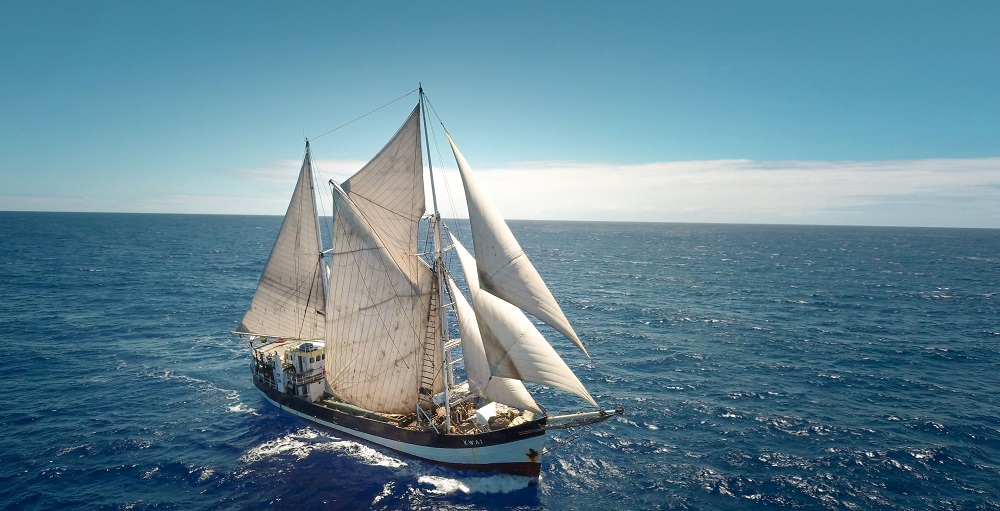 The sailing cargo vessel Kwai returned to Honolulu on Wednesday with another giant load of ocean plastic, delivering 67 tons of ghost nets, bottles and other debris onto the pier. The haul adds to the catch she brought in during a previous trip in June, which resulted in the removal of a record-setting 103 tons of waste from the Great Pacific Garbage Patch – the largest open-ocean cleanup in history.

The group behind Kwai's mission, the non-profit Ocean Voyages Institute, says that the 170-ton season total is four times the amount that it collected last year.

“We must set ambitious targets to tackle the problem of plastic in the ocean,” said Ocean Voyages founder Mary T. Crowley in a statement. “Even with our record-setting clean-up, I know we need to do more, and our 1 million pound goal is my commitment to the essential undertaking of cleaning the oceans of plastic.”

The second 35-day voyage in June almost didn't happen, Crowley said, due to a gap in funding. However, financial backing came through and the crew set out to gather more waste. While docked in Honolulu, the ship’s crew now will sort the debris into different kinds of plastics for upcycling and recycling, with help from local volunteer groups.

“Our solutions are scalable, and next year, we could have three vessels operating in the North Pacific Gyre for three months, all bringing in large cargoes of debris,” Crowley said in June. “We are aiming to expand to other parts of the world desperately needing efficient clean-up technologies. There is no doubt in my mind that our work is making the oceans healthier for the planet and safer for marine wildlife, as these nets will never again entangle or harm a whale, dolphin, turtle or reefs.”

The vessel that Ocean Voyages Institute chartered for the operation, the Kwai, is a motor-sailing cargo/passenger ship that normally operates commercial services between Hawaii and remote settlements in the Line and Cook Islands. In between, she operates on charter for diving, salvage, scientific, adventure travel and – this year – garbage removal operations.